The artworks below are for sale.  Some of the pieces are available now.  Some have already been sold.  They are priced more or less in the $2,500 to $5,000 range, depending on a number of factors.  If you are interested in any of them or their availability, and want to know some specific prices, please get in touch with me.  If you find yourself interested in one of the ones that are not presently available then I could perhaps make you another just like that.  Or, perhaps you’d like to commission an original art piece. In any of these cases, please do get in touch.  Each one of these pieces is an original and (usually) one-time-only piece of artwork, made individually . . . even if there may be two that happen to share the same design.  (I’ve read that Leonardo da Vinci painted several versions of the Mona Lisa . . . each one done just a bit differently.)

My artwork is done by hand, inlaid and/or carved into bookmatched pieces of musical-instrument-grade tonewoods like (1) spruce, cedar, and redwood such as are used for guitar tops, or (2) maple and rosewood such as are used for guitar backs and sides.  “Bookmatched” means a piece of wood that has been cut into two thin slices that are then glued edge-to-edge so as to produce a mirror-image surface that is twice as wide as the original, and that looks nice on account of the symmetry of its grain lines.  All but the very cheapest guitars’ tops and backs are bookmatched

My artwork is, in fact, directly inspired by the woods, tools, techniques, and aesthetics that are used in lutherie.  A lot of my artwork is reminiscent of the specific kinds of decoration one would see in lute roses and guitar rosettes — that is, carved and inlaid patterns that have no other purpose than to lend beauty to the object.  I’ve liked these so much that, at one point, it occurred to me that I didn’t need to build a guitar around them; they could stand by themselves.  And there was no limit to how one could carve and/or inlay into wood.  All of that work comes directly or indirectly out of artistic traditions that are very old and that follow some organized aesthetic of design.

One kind of artwork I’ve done is what I call the “espalda” look.  It is different from my other work in that it is modern-looking and abstract (see the accompanying images).  I am probably the inventor of this, because I don’t know of anyone else doing any work like this on musical instruments.  Or anywhere else, really.  I have inlaid Espalda designs into hardwoods such as one would find on guitar backs and sides.  “Espalda” means “back” in Spanish.  The word seemed to fit so I used it. 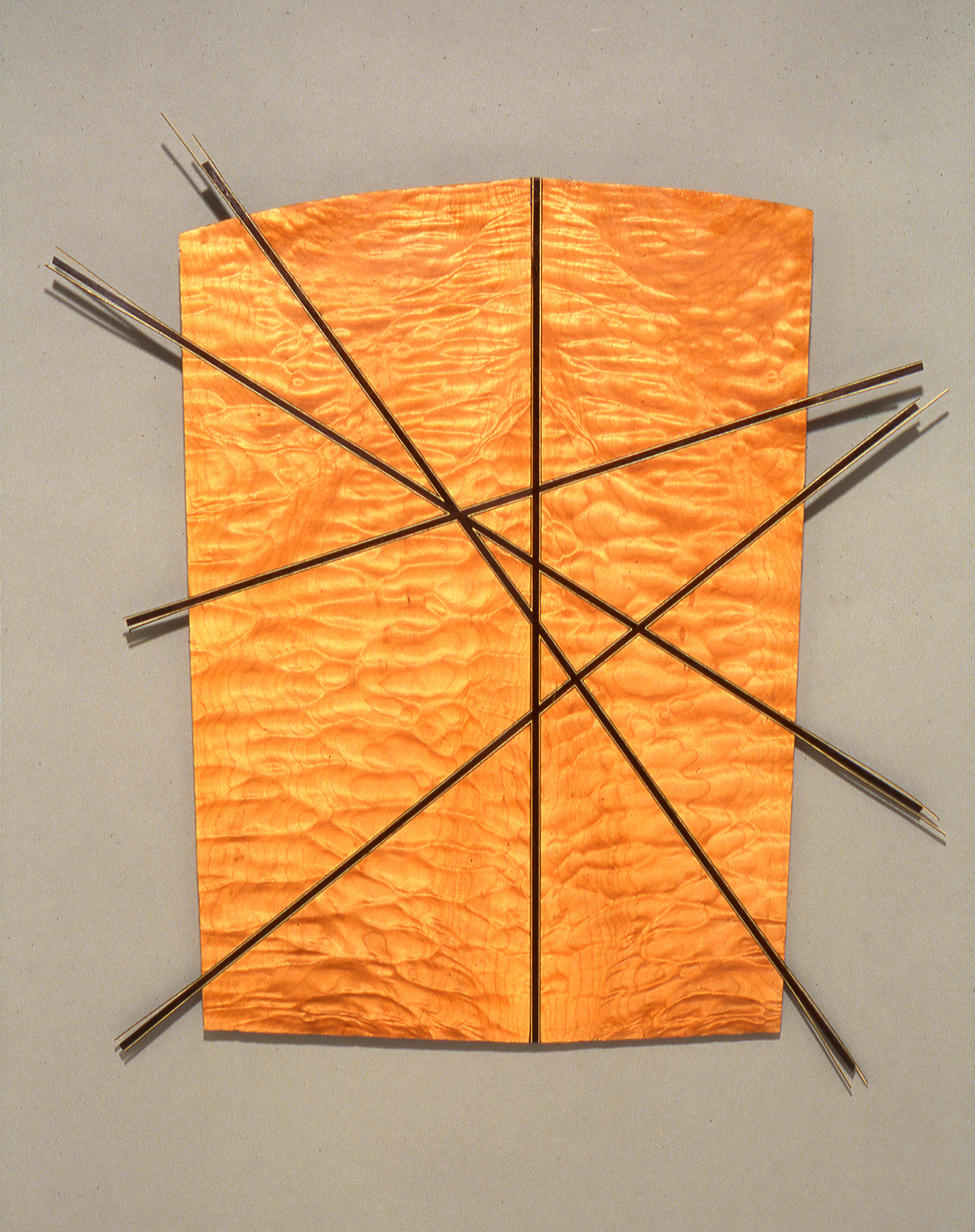 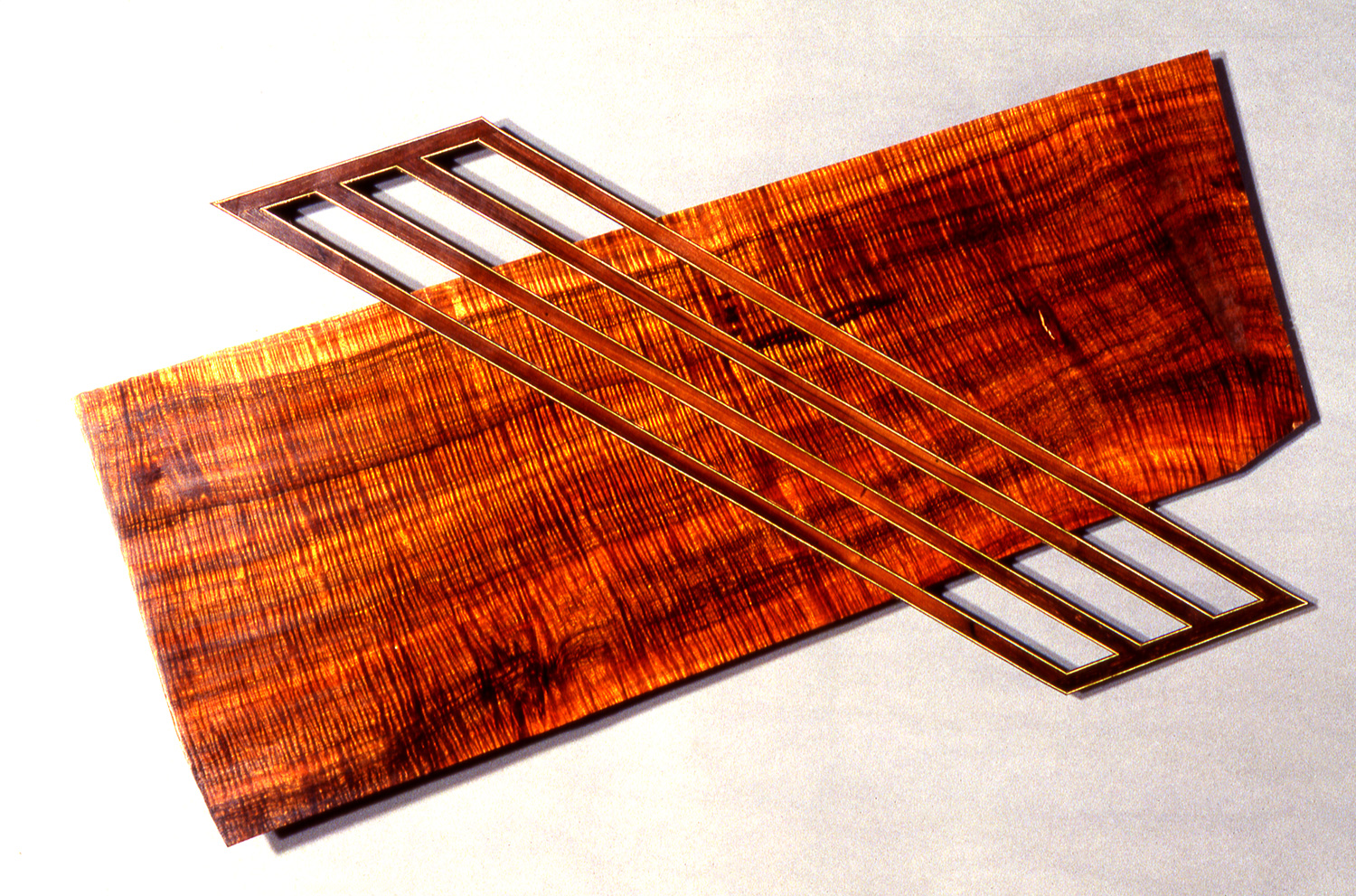 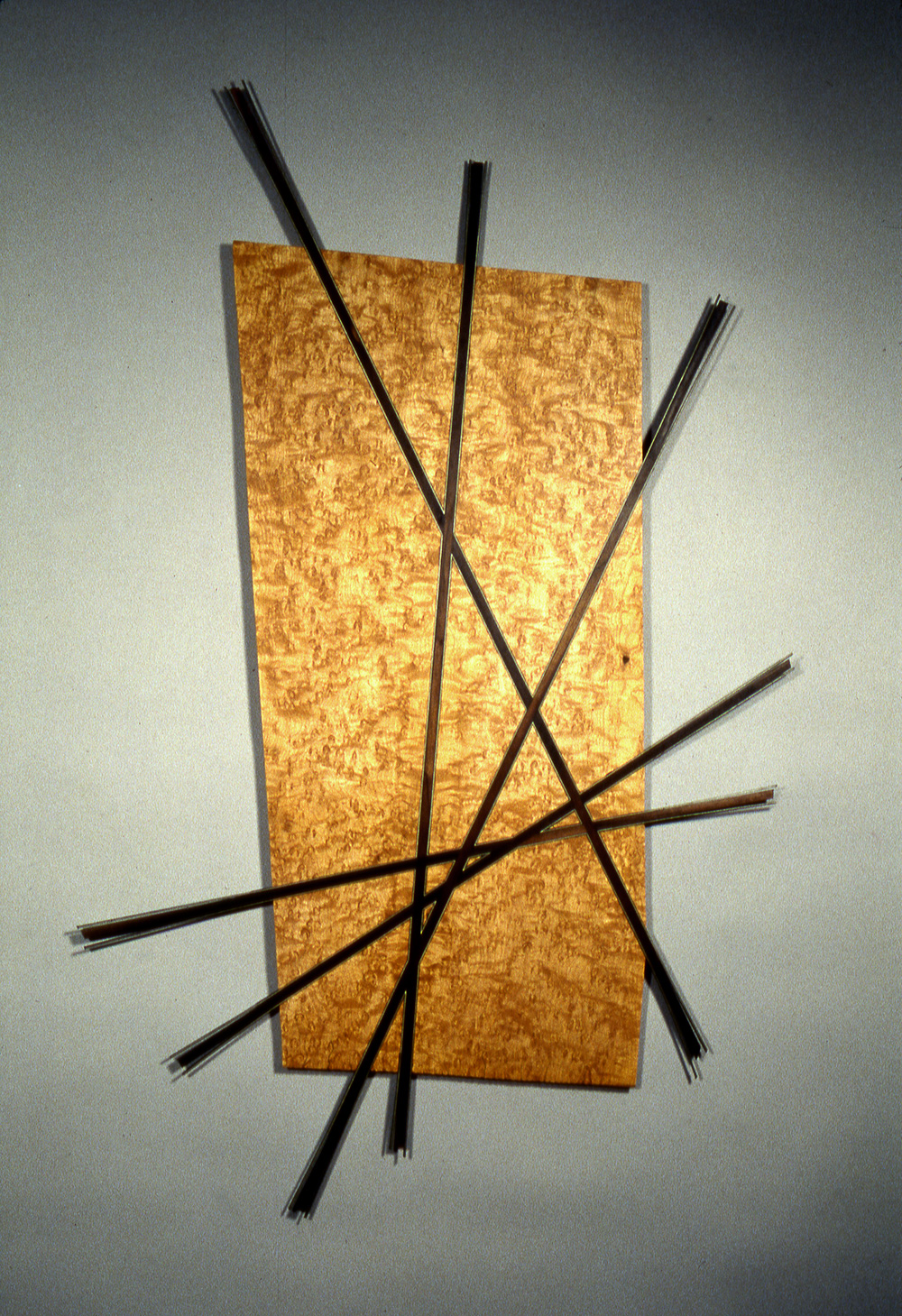 The spruces, cedars, and redwoods that I carve and inlay into are themselves old. Each grain line represents one season’s growth; and counting the grain lines on the average piece of wood that I use in both my guitars and my artwork will reveal the wood to be 300 or 400 years old, or more.  And the grain count tells you that that piece of wood was alive and growing as part of a living tree 150 years before the American Constitution was written.  It was alive when Shakespeare was writing his plays and sonnets.  It will have been alive when Leeuwenhoek discovered the first microbes, when Samuel Johnson was writing the first dictionary, or fifty years before the French Revolution.  At the time of this writing I am working with a guitar top that has 540 grain lines; this wood of course came from a larger tree that would have had an even higher grain count, but this top was alive in 1477.  The eight-inch-wide slices of wood that I use are cut from trees that are often five or six feet in diameter.

These plates of wood, and all others like them, are to be respected. 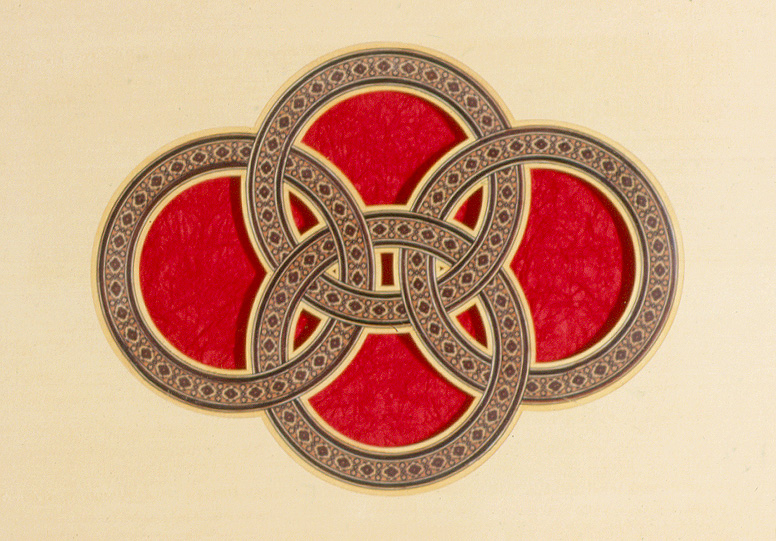 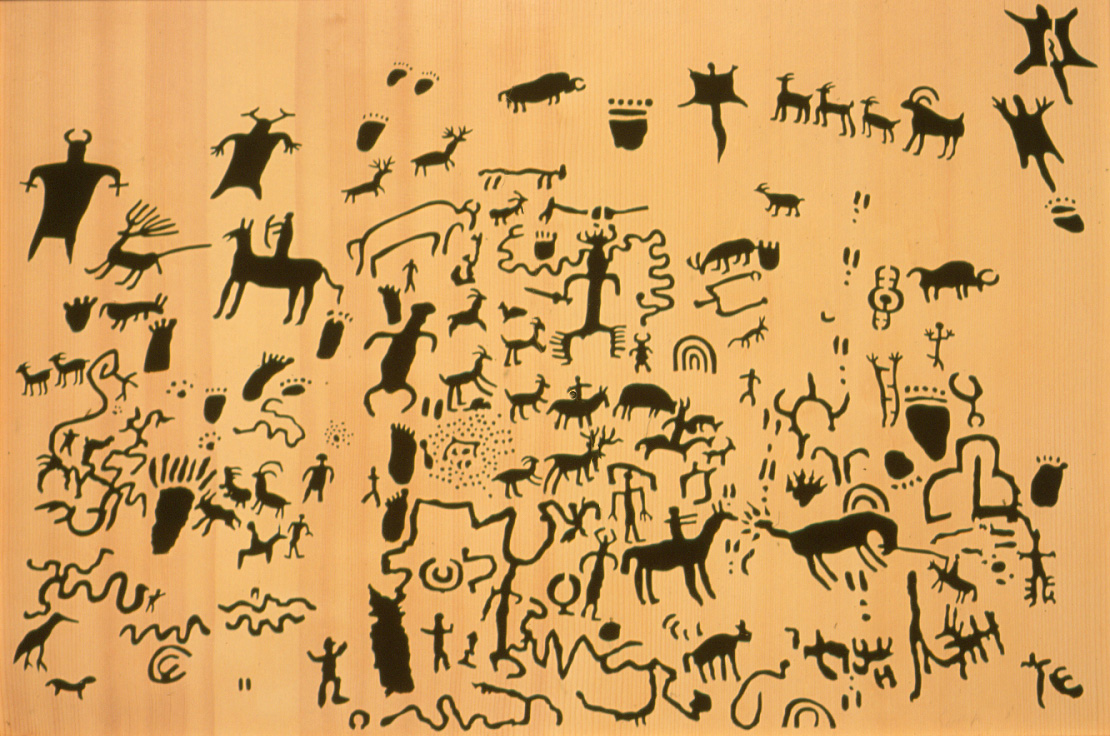 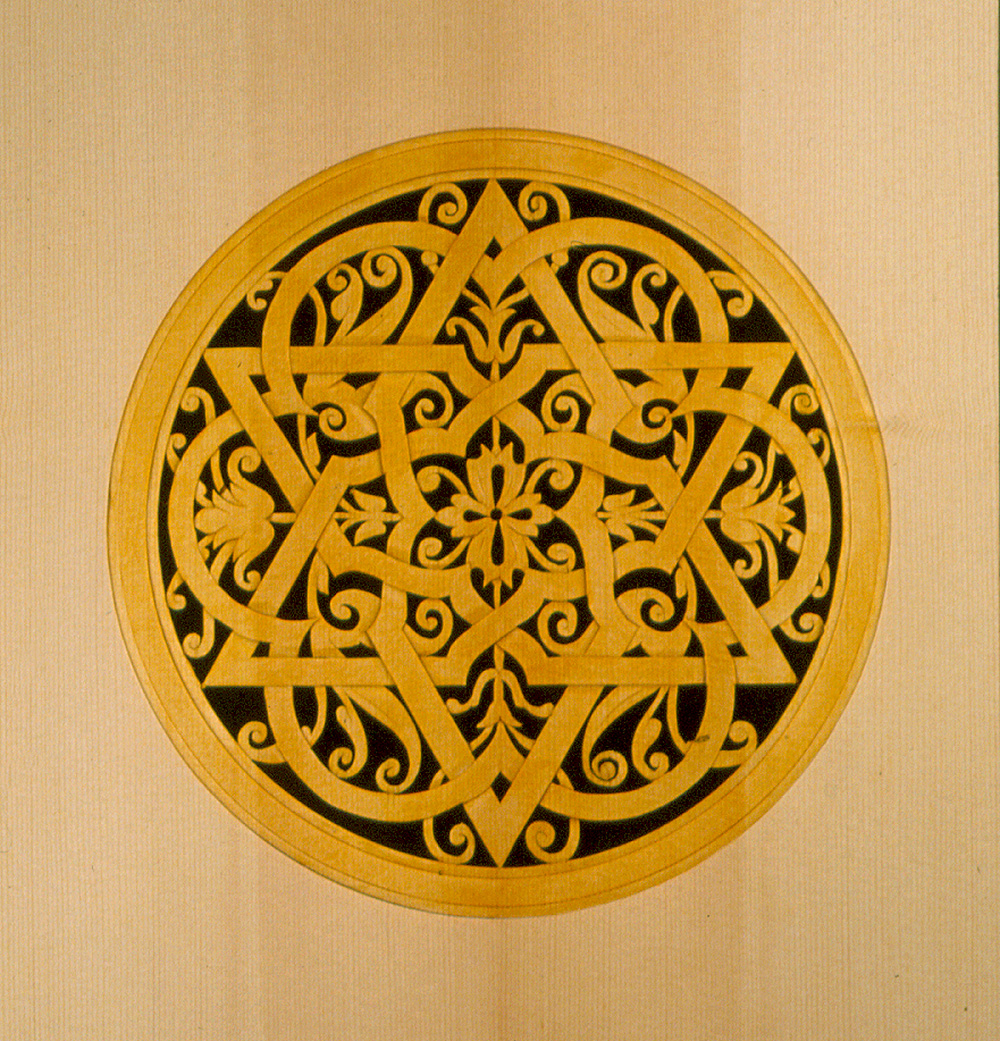 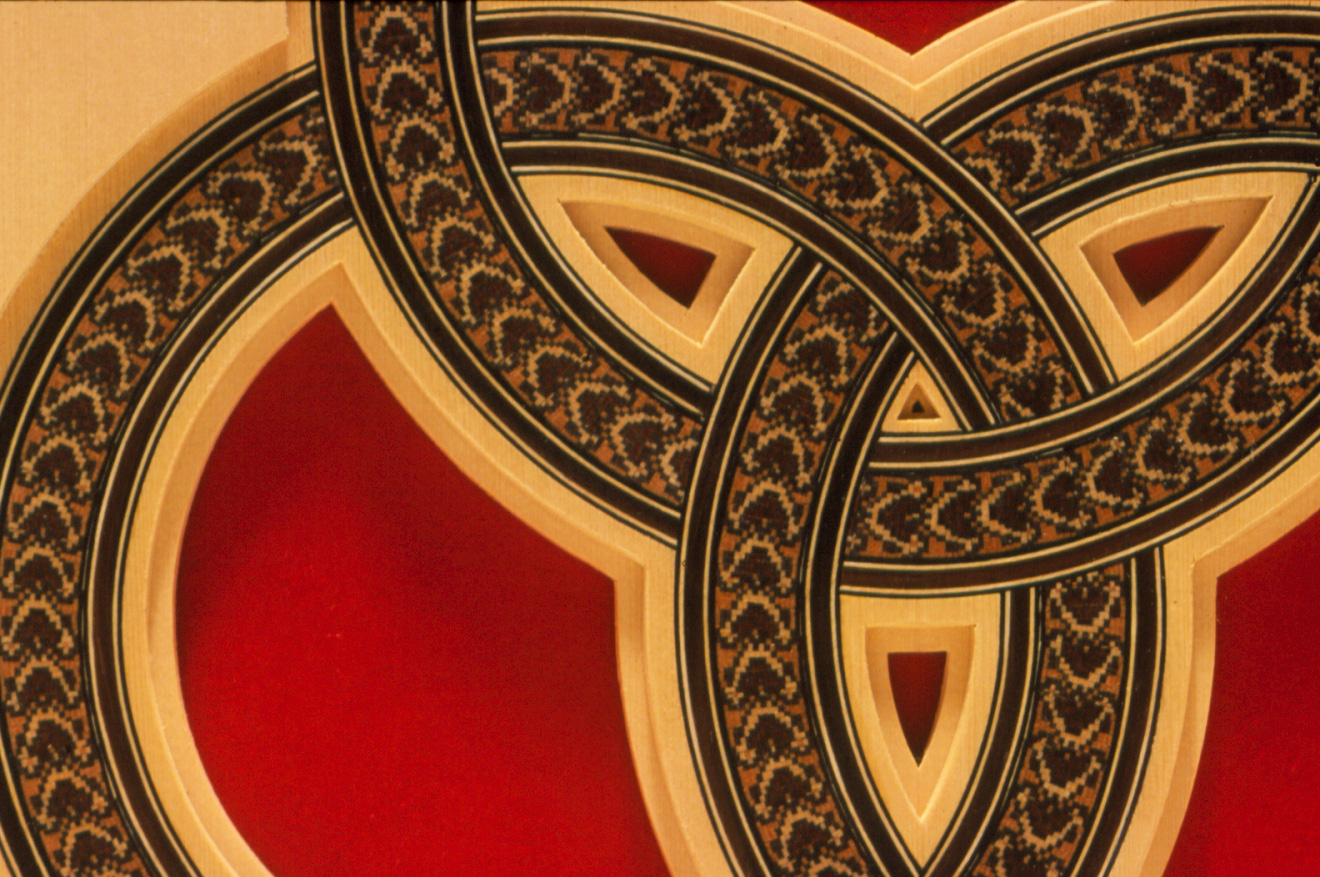 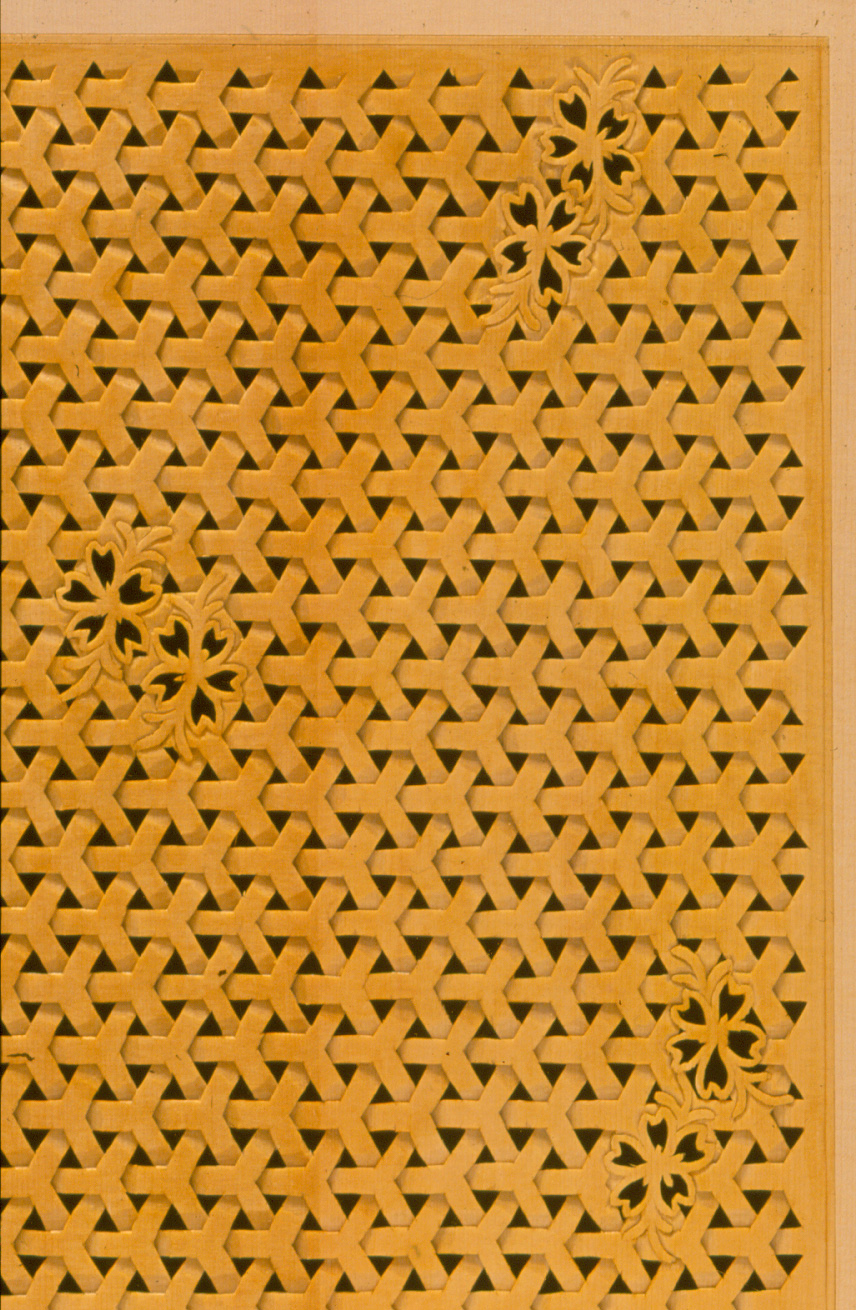 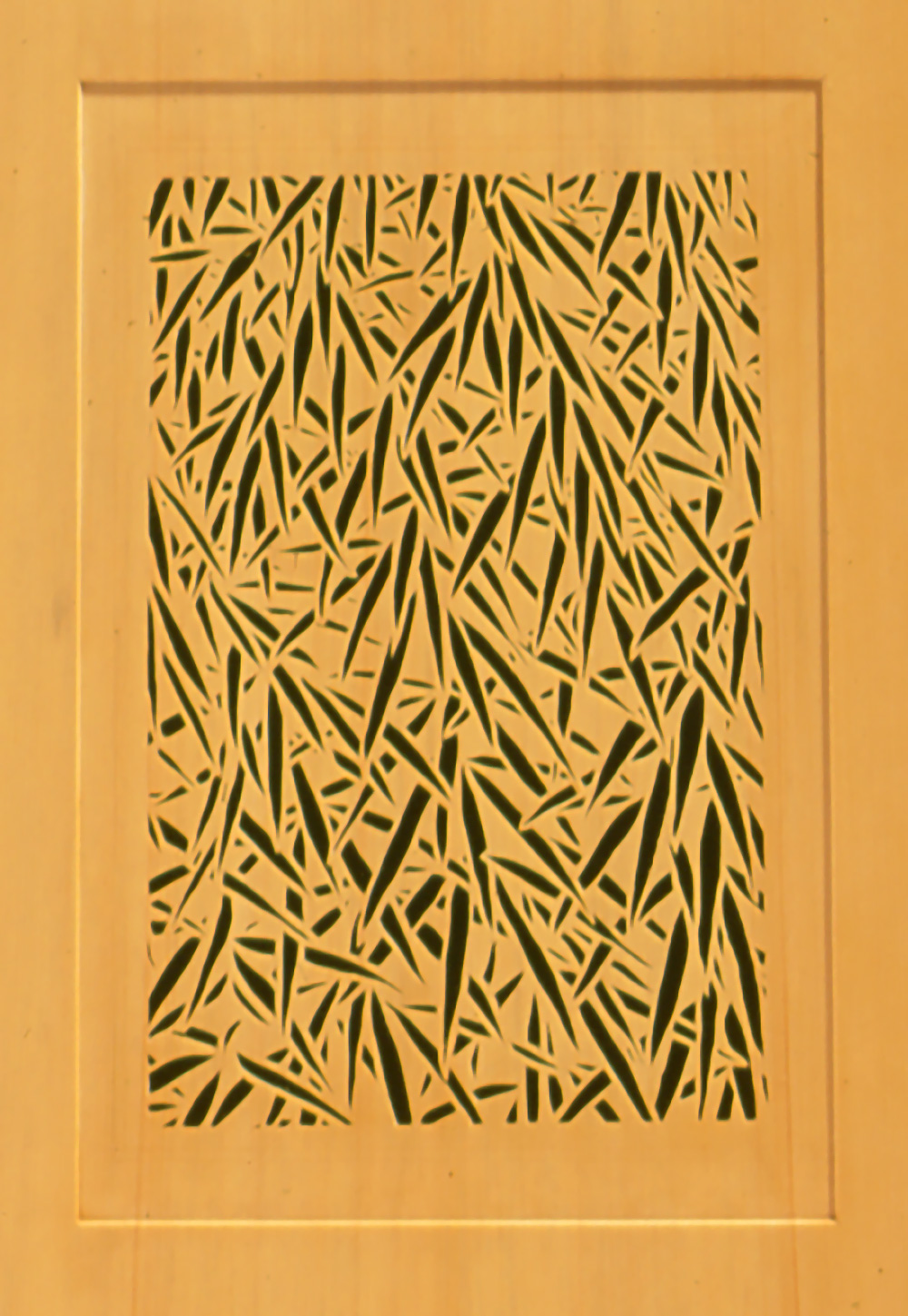 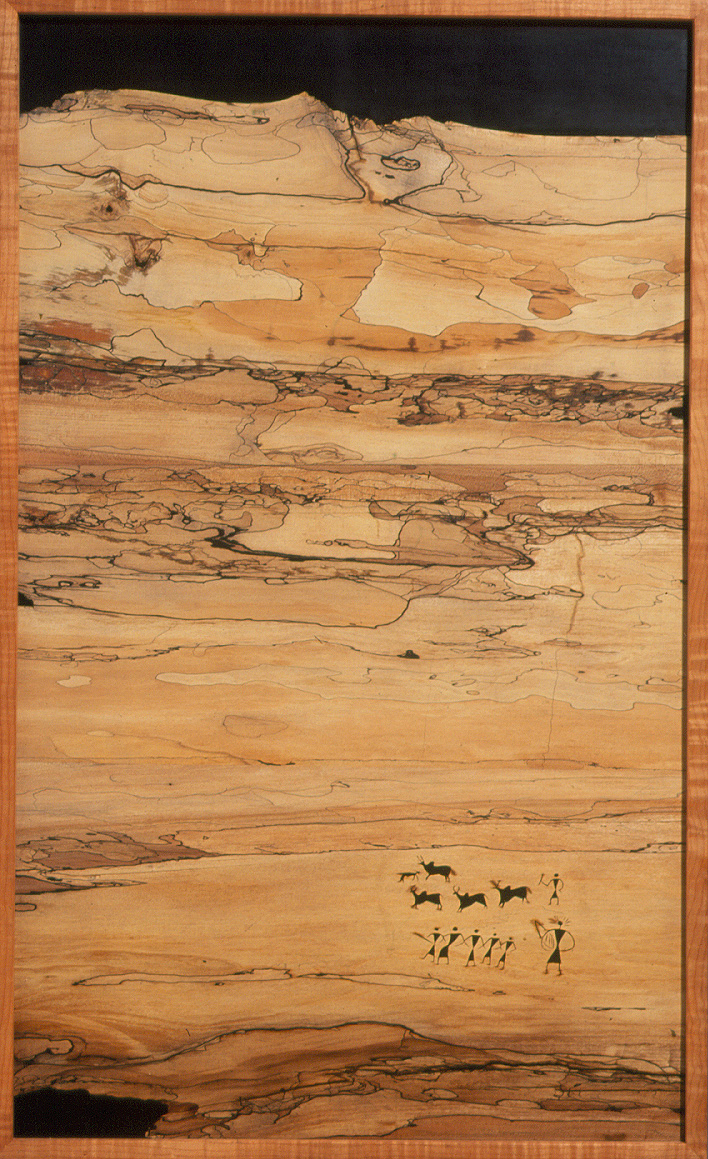 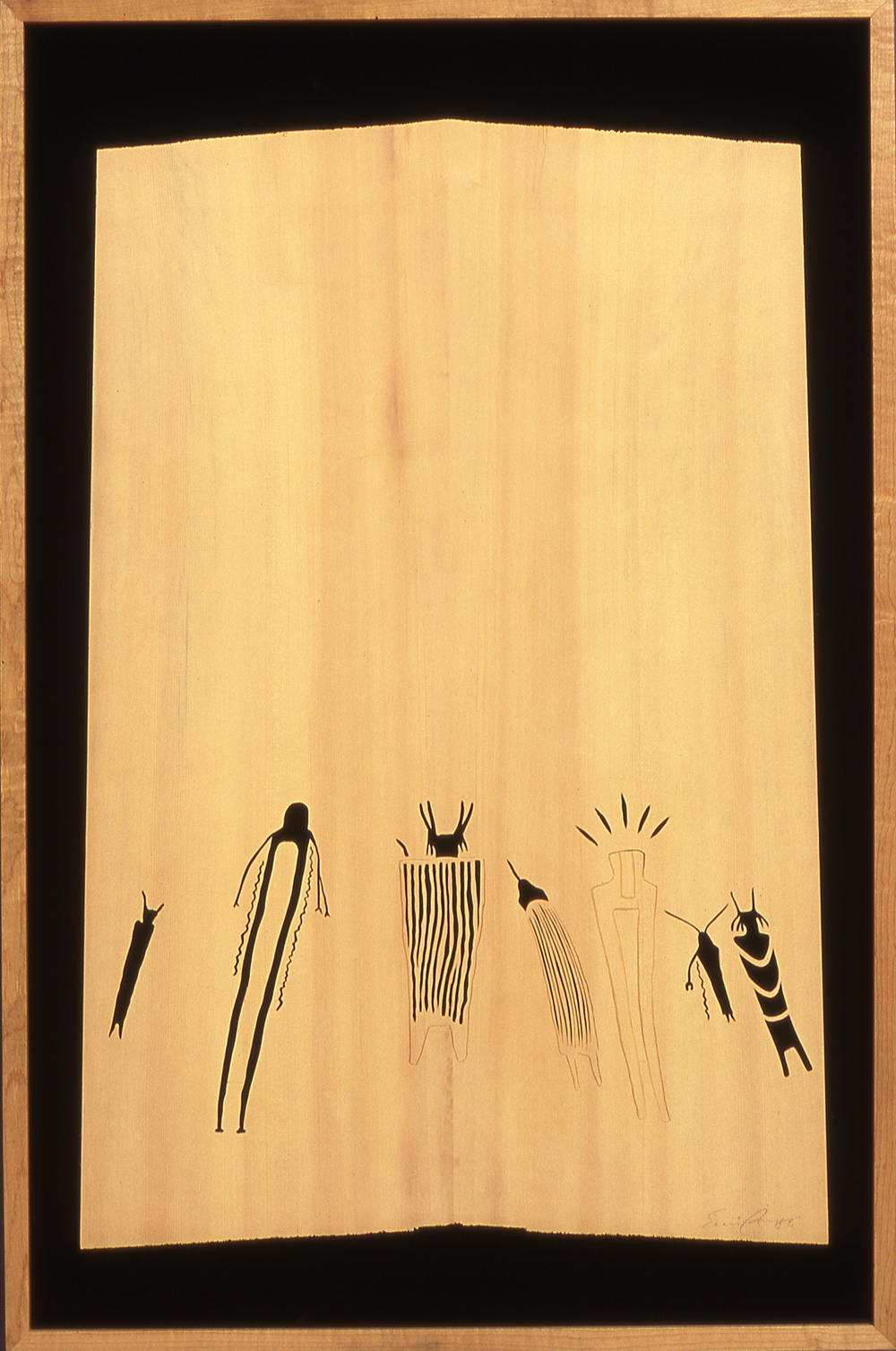 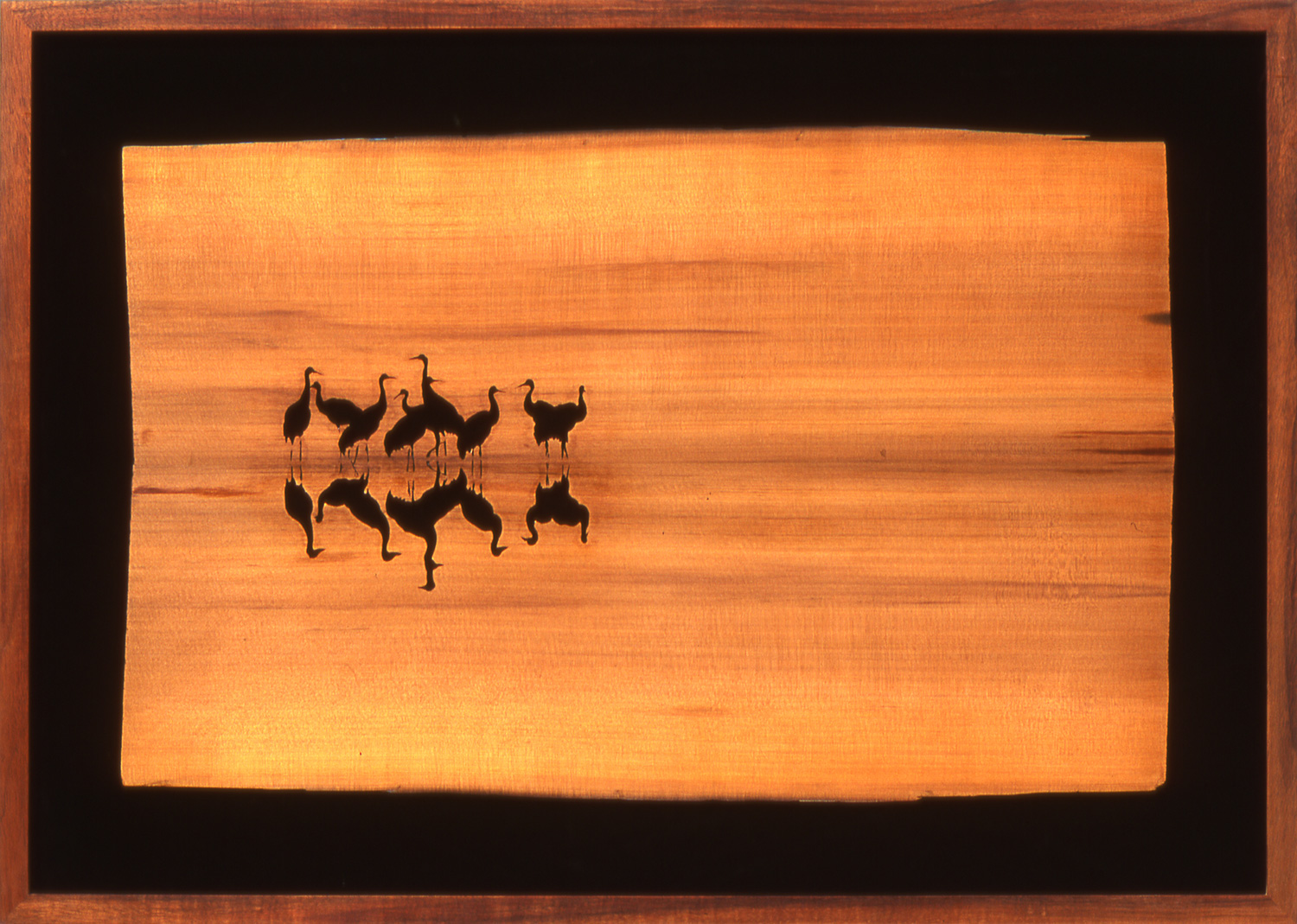 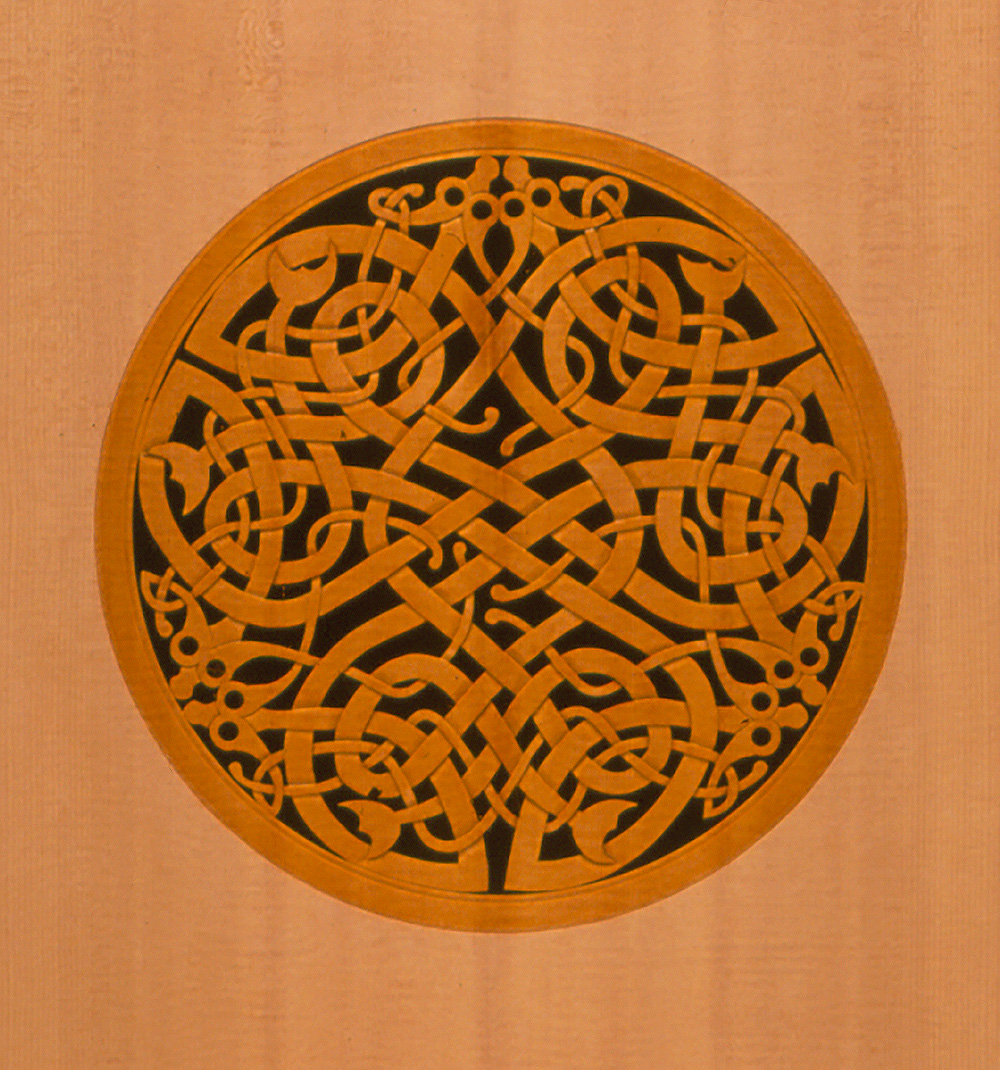 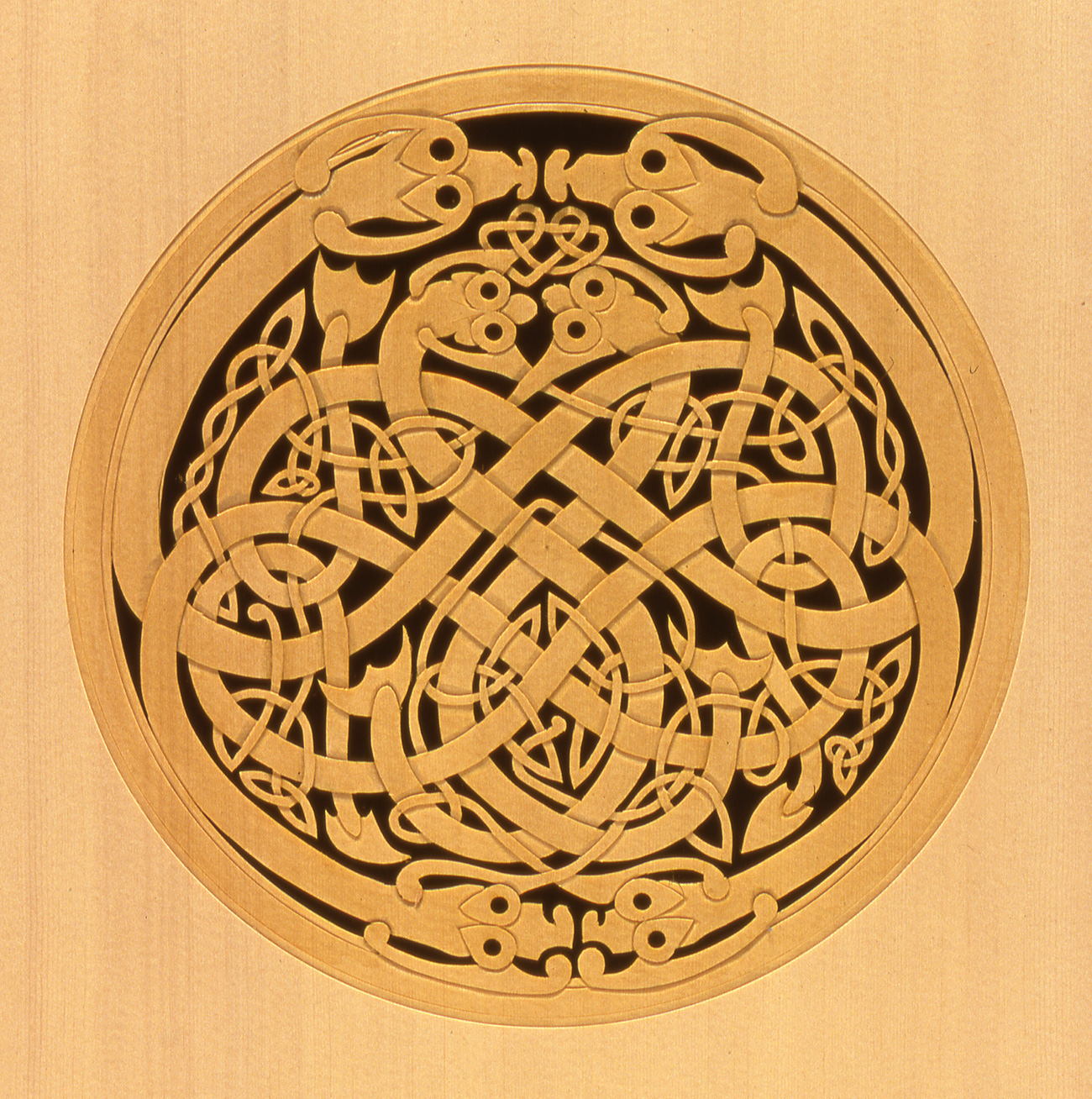 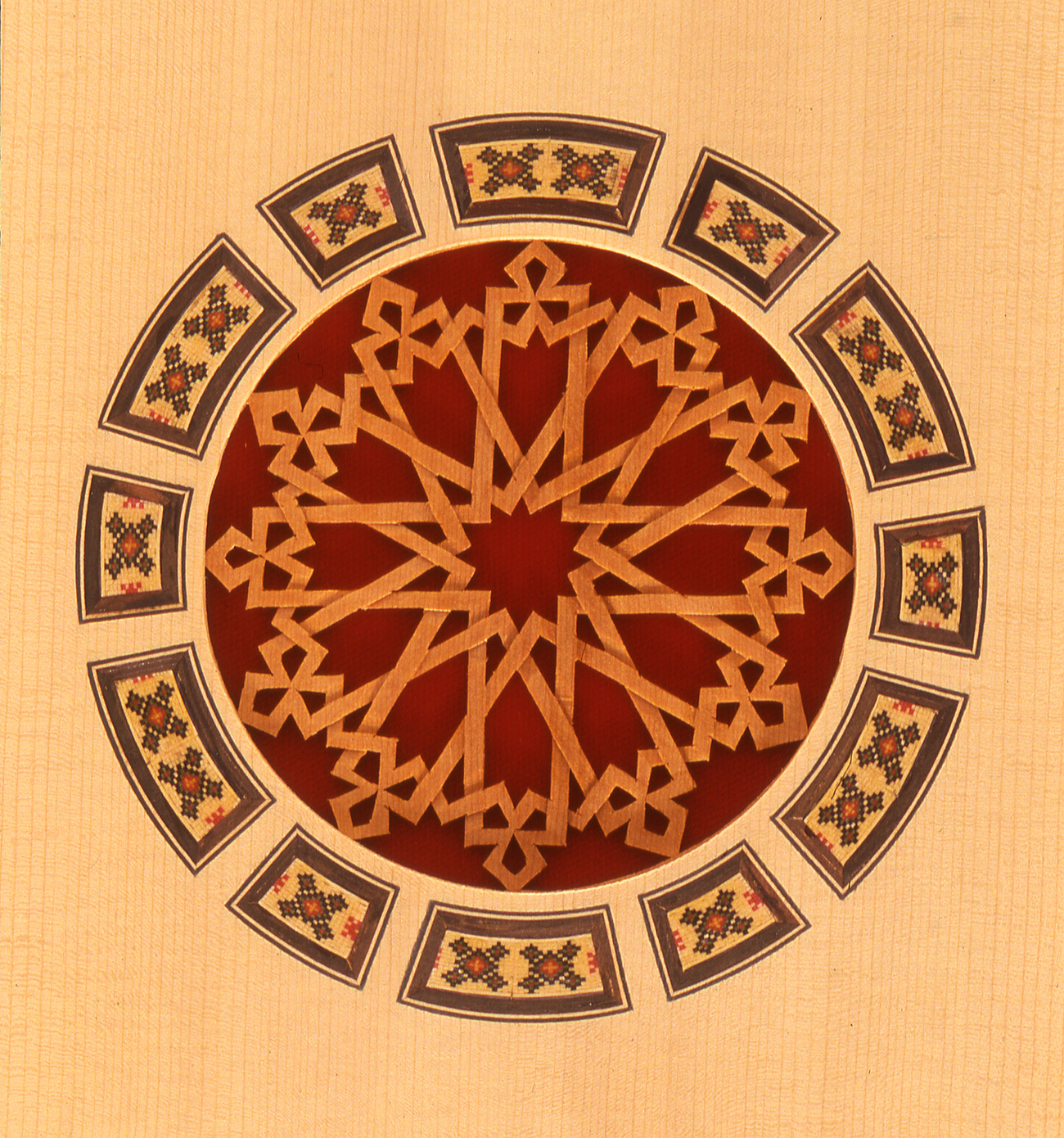 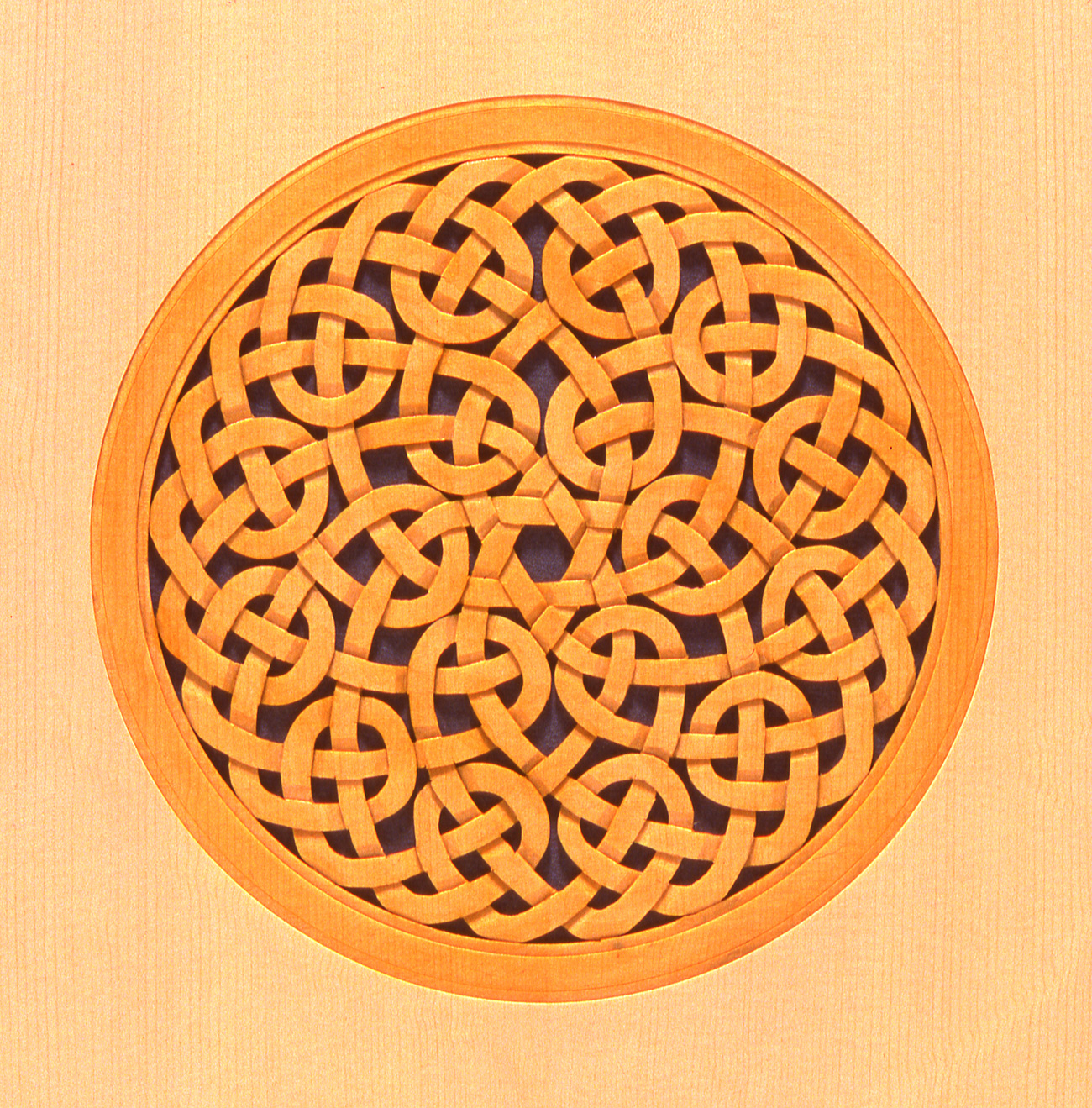 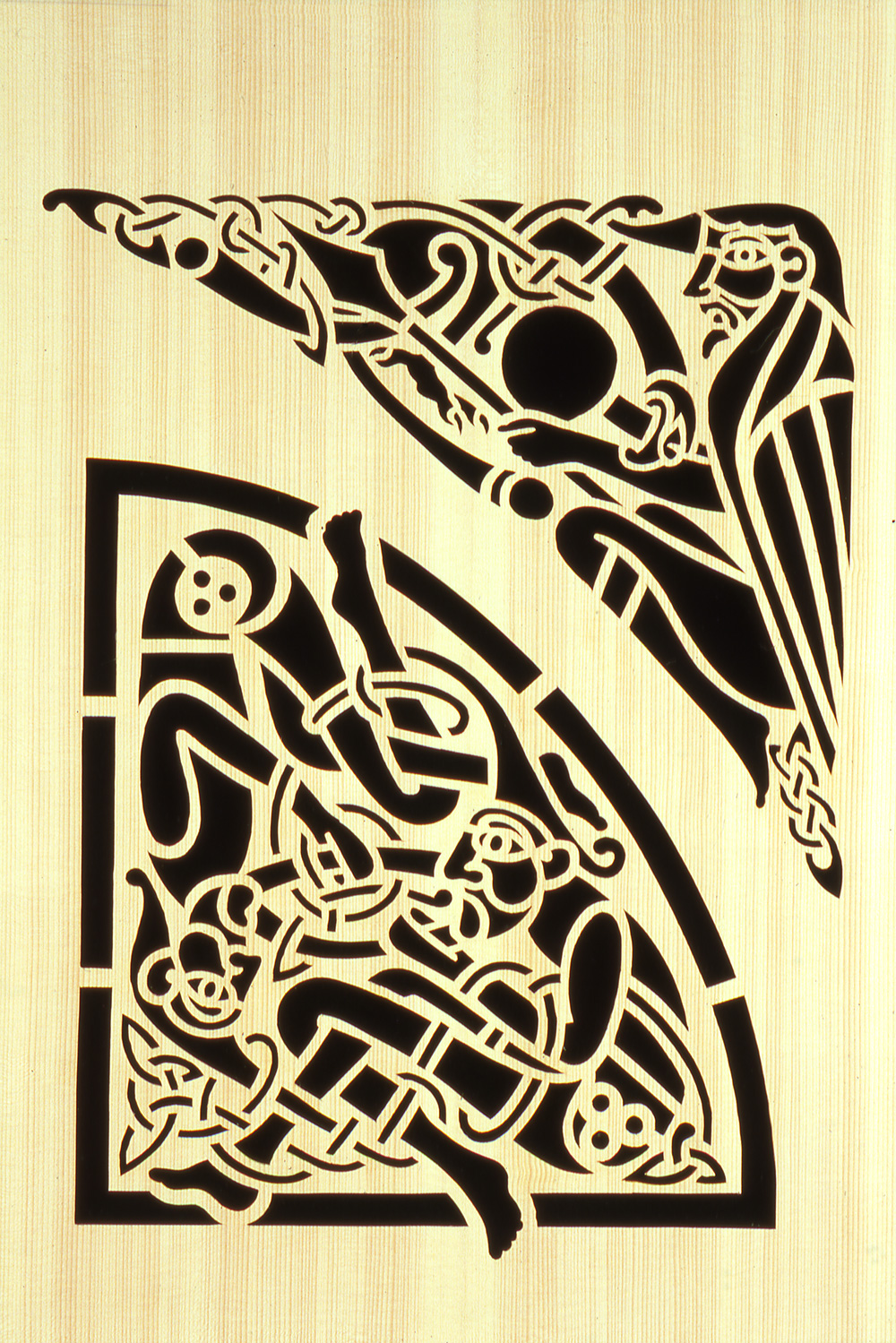 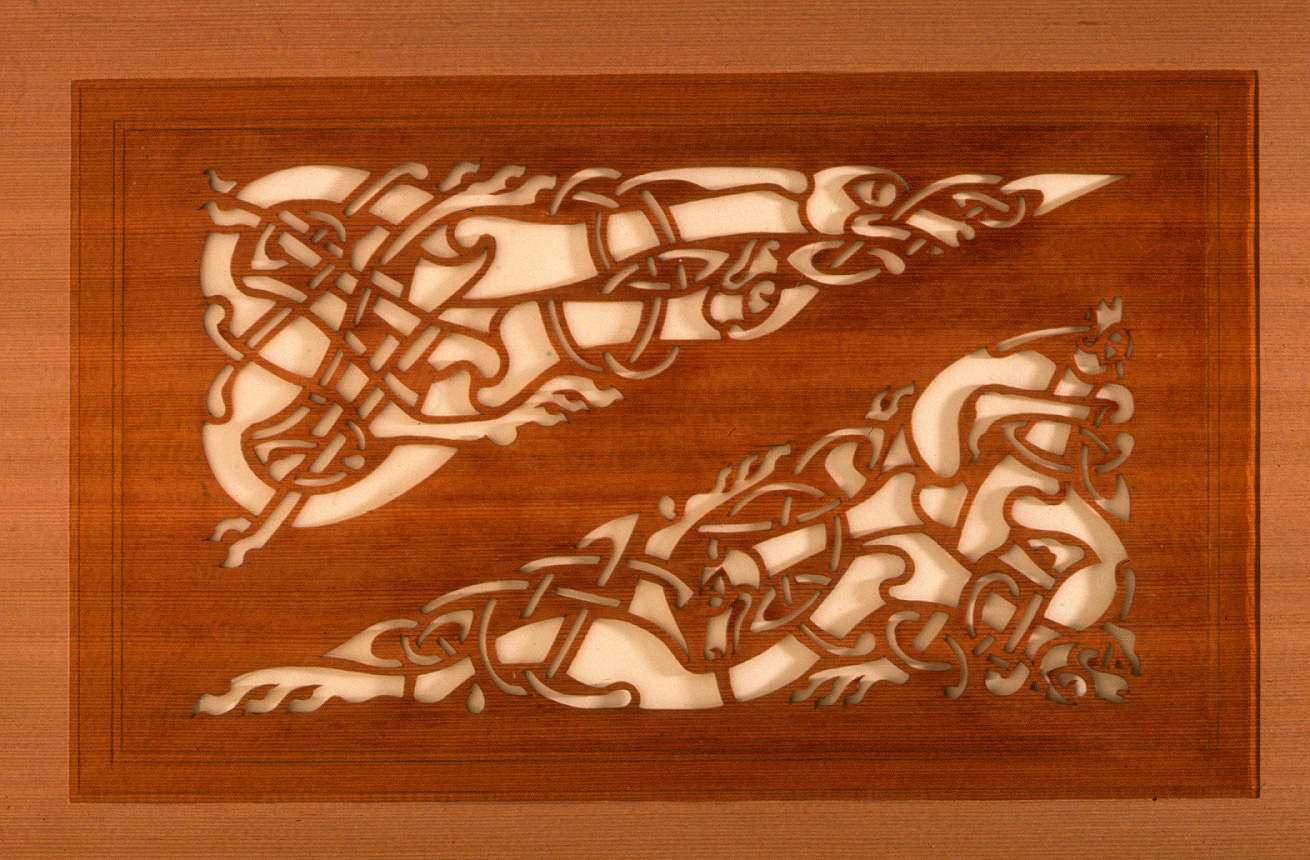 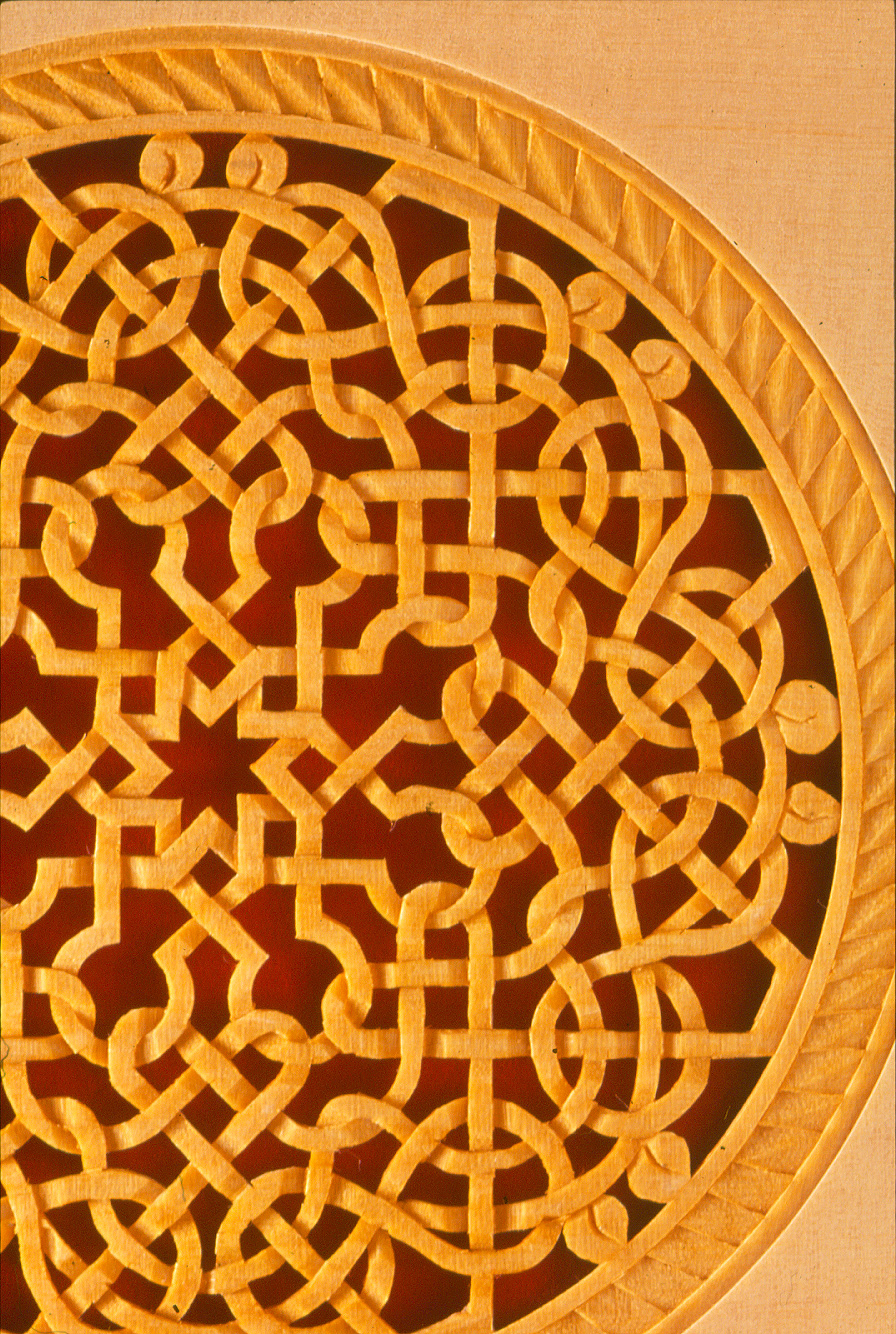 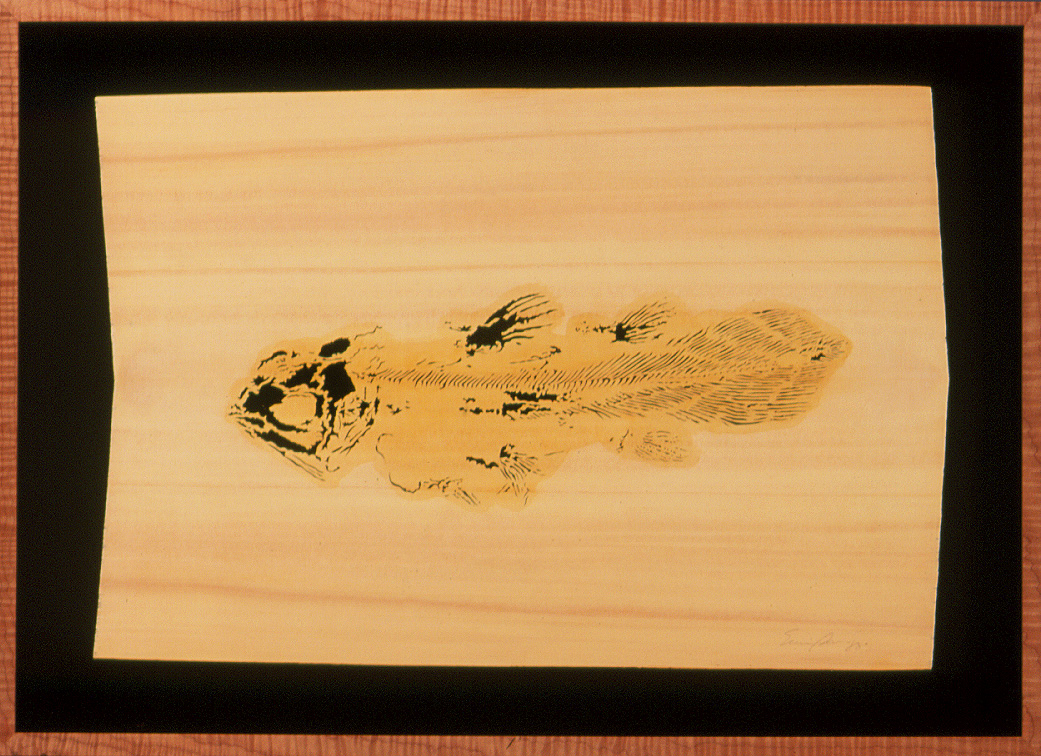 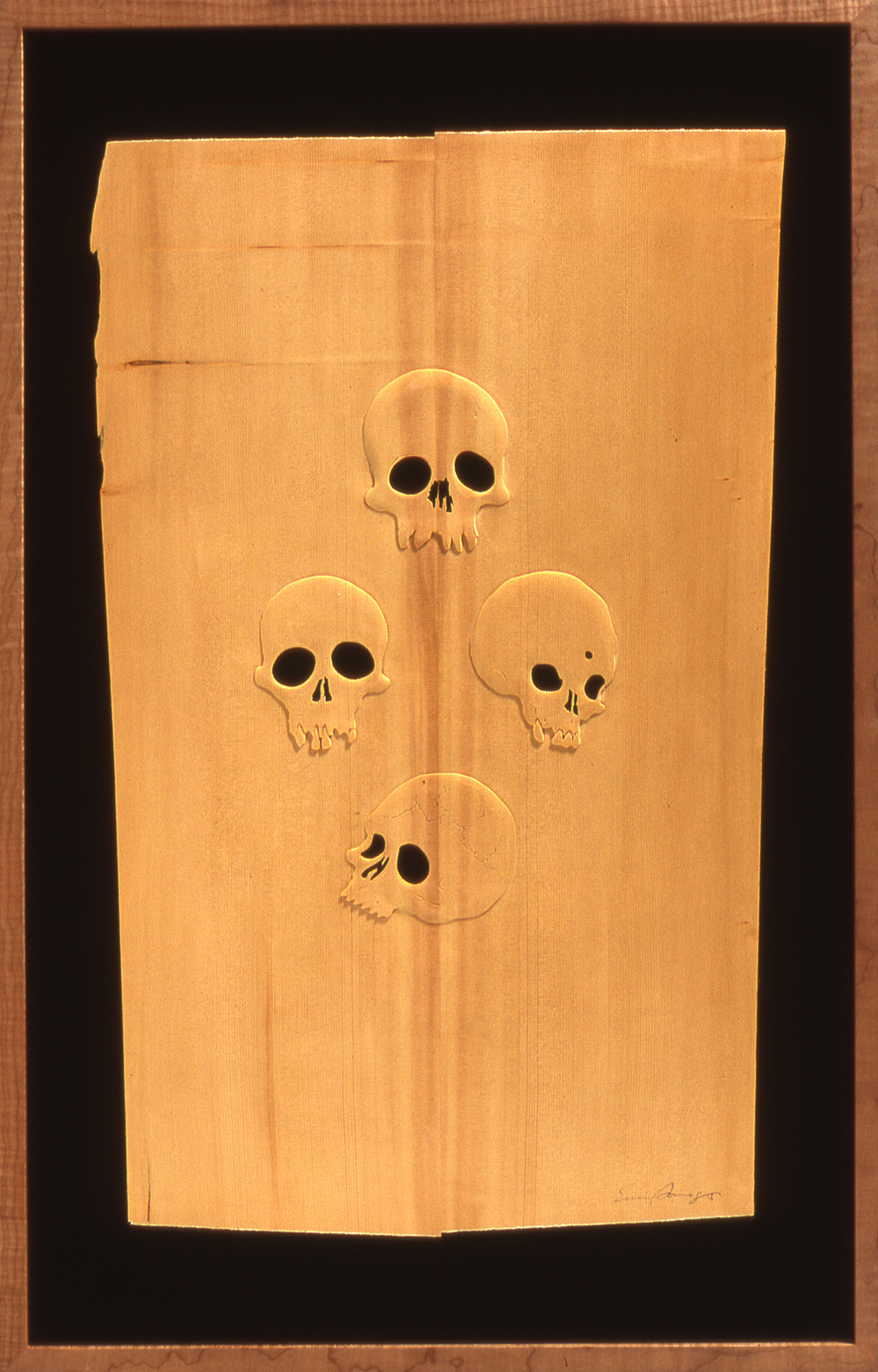 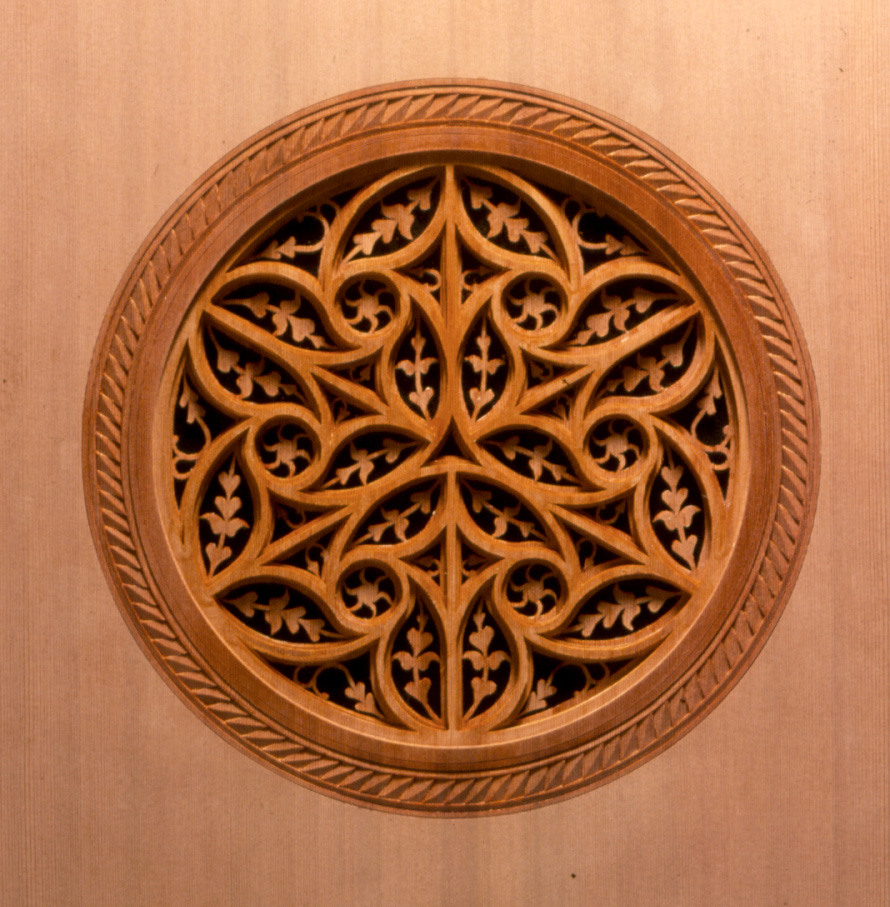 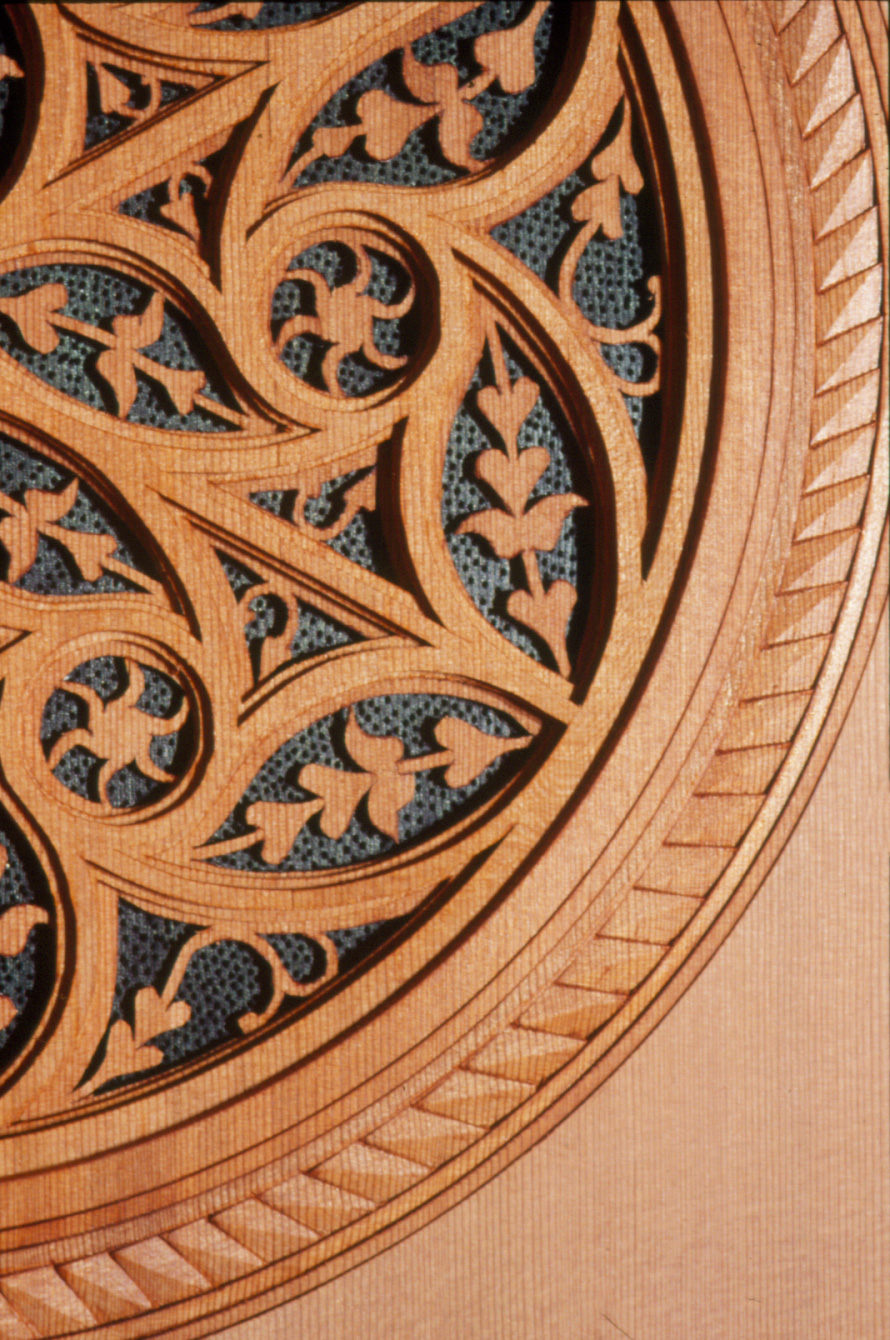 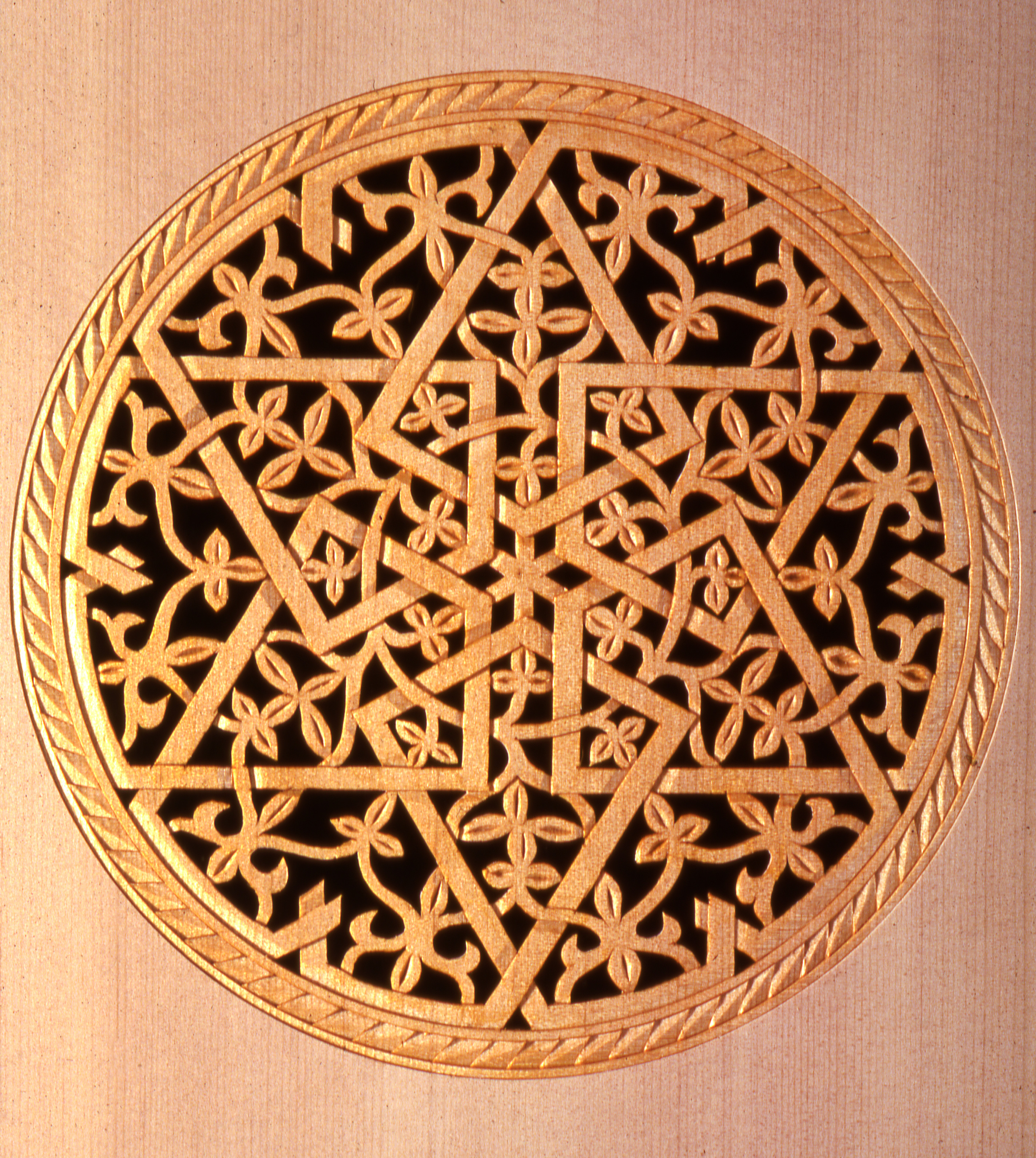 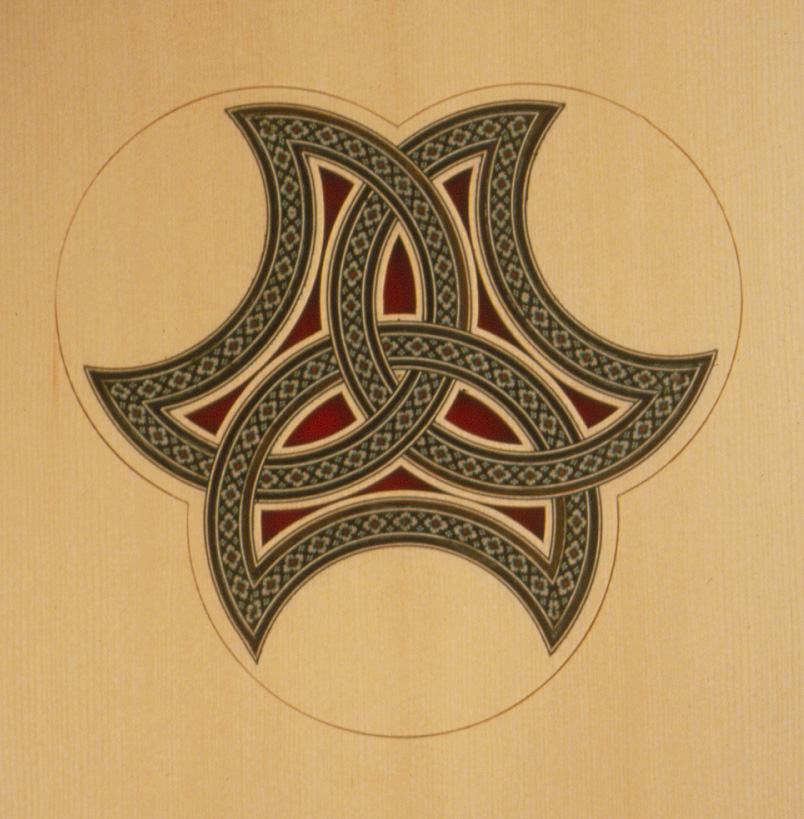 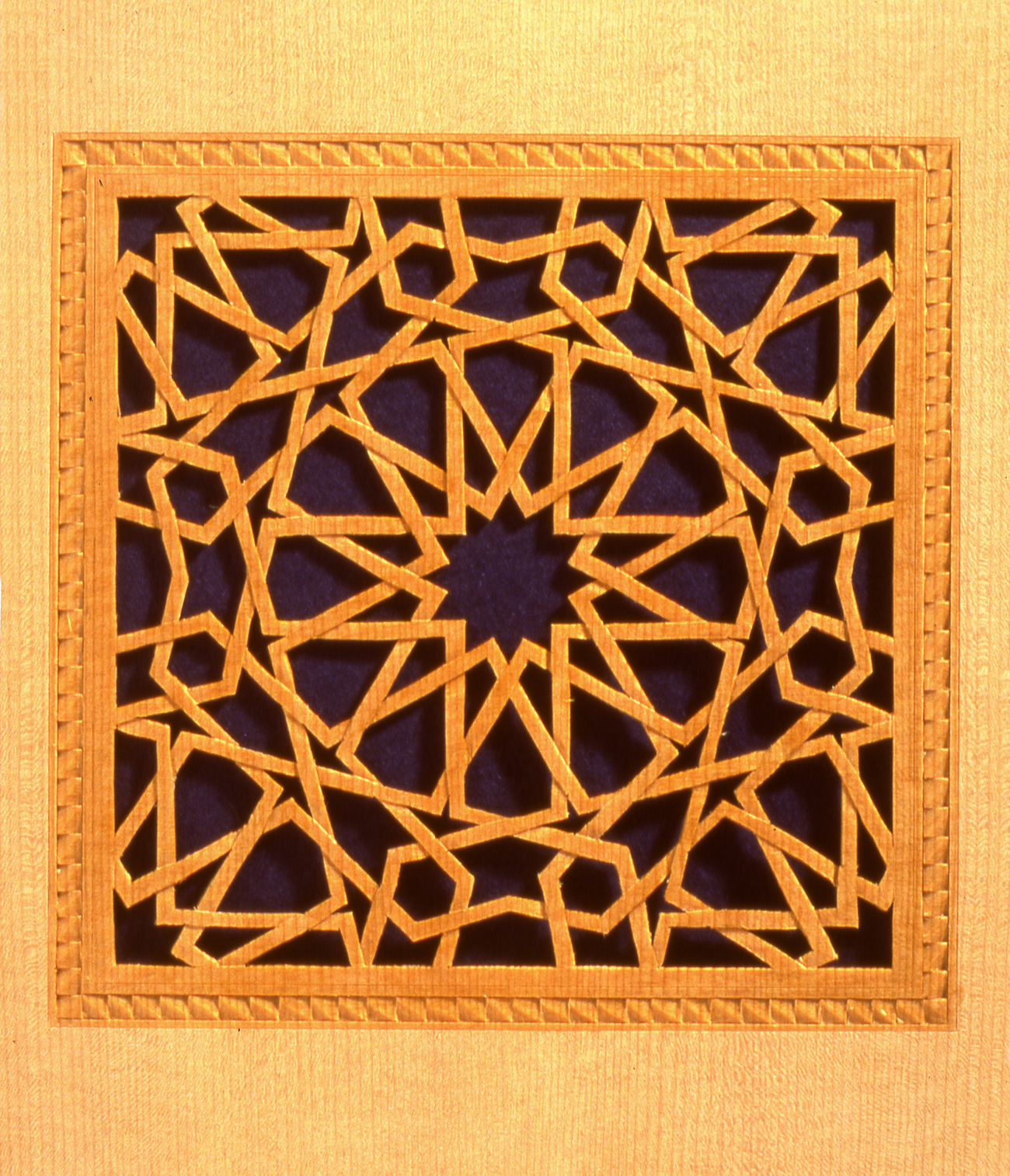 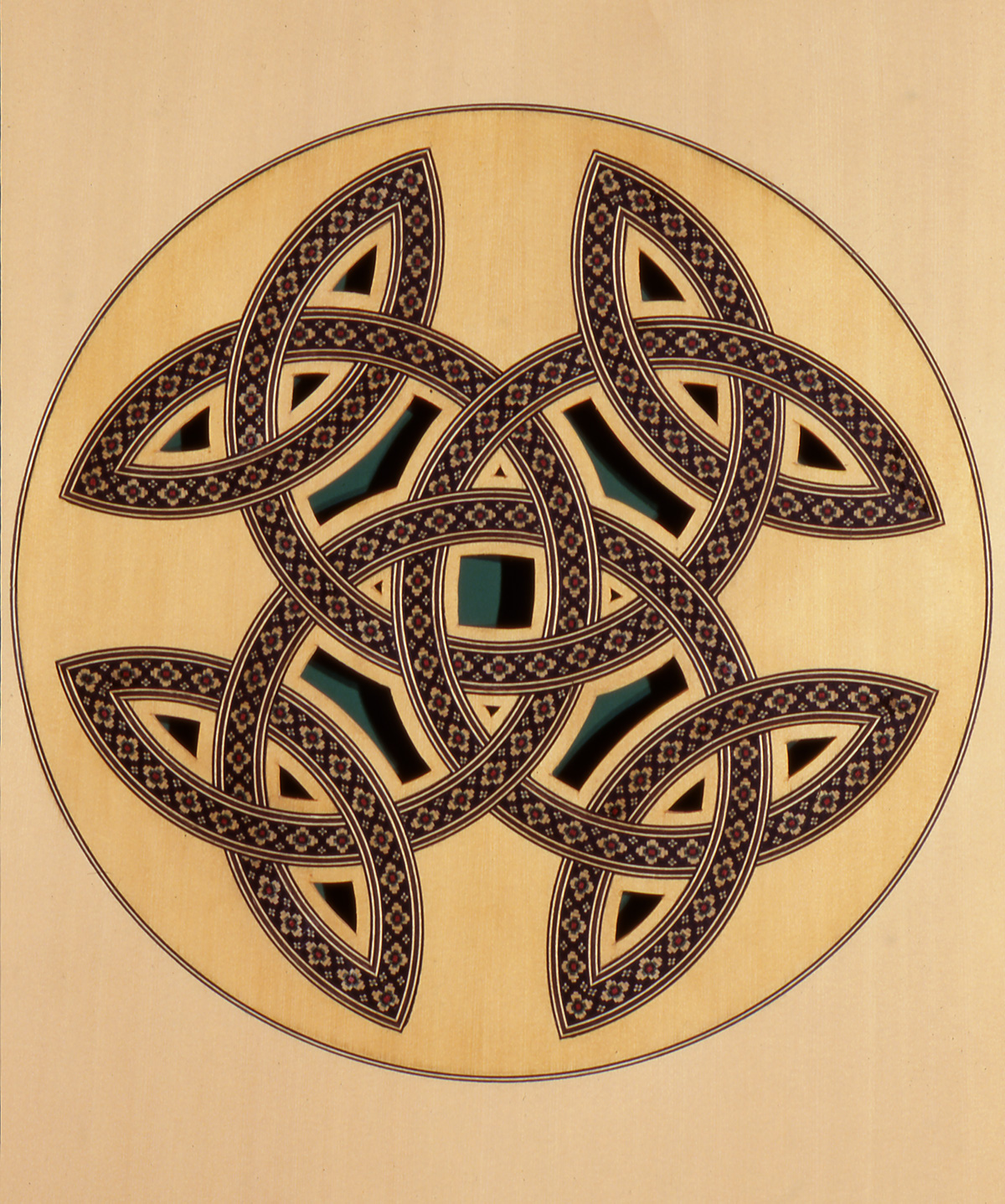 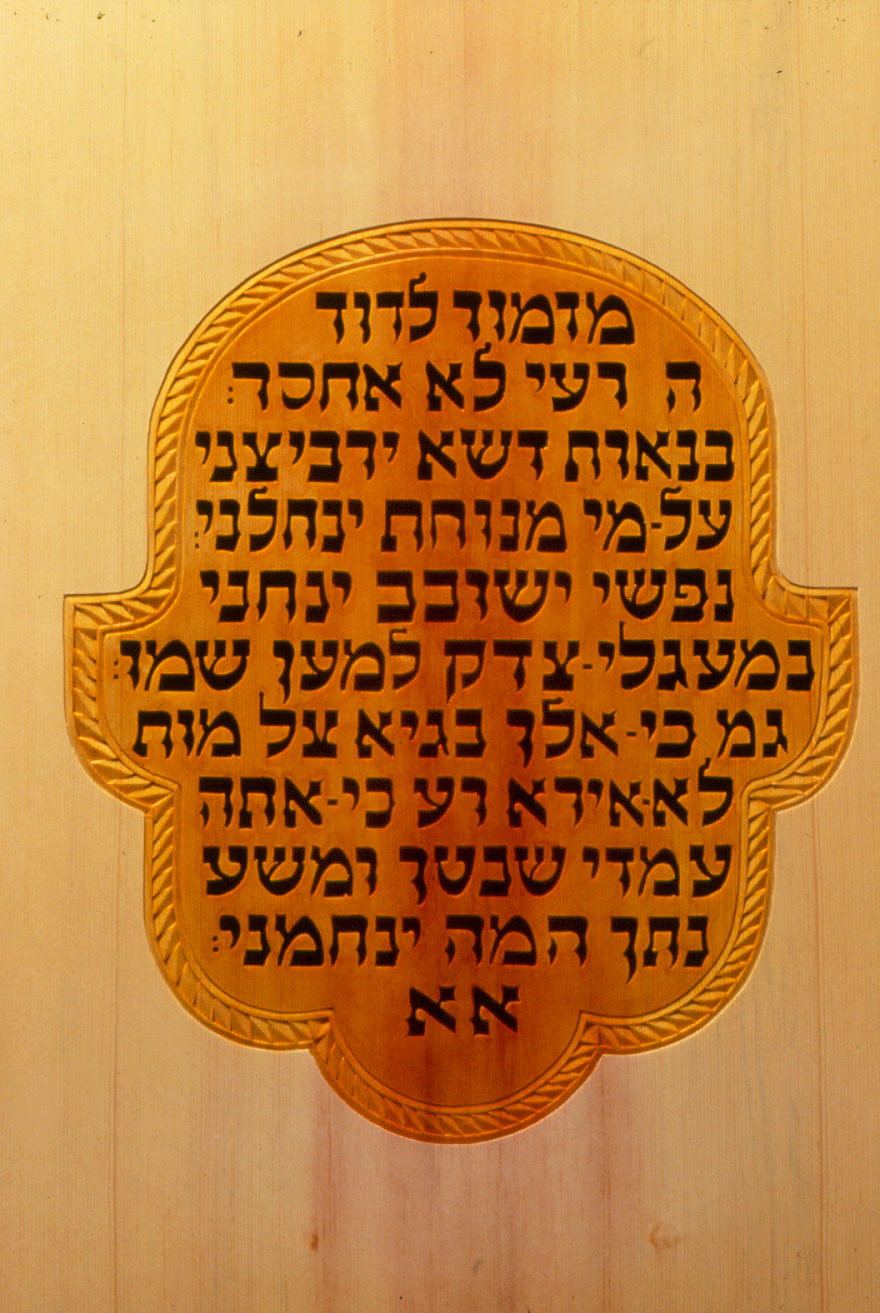 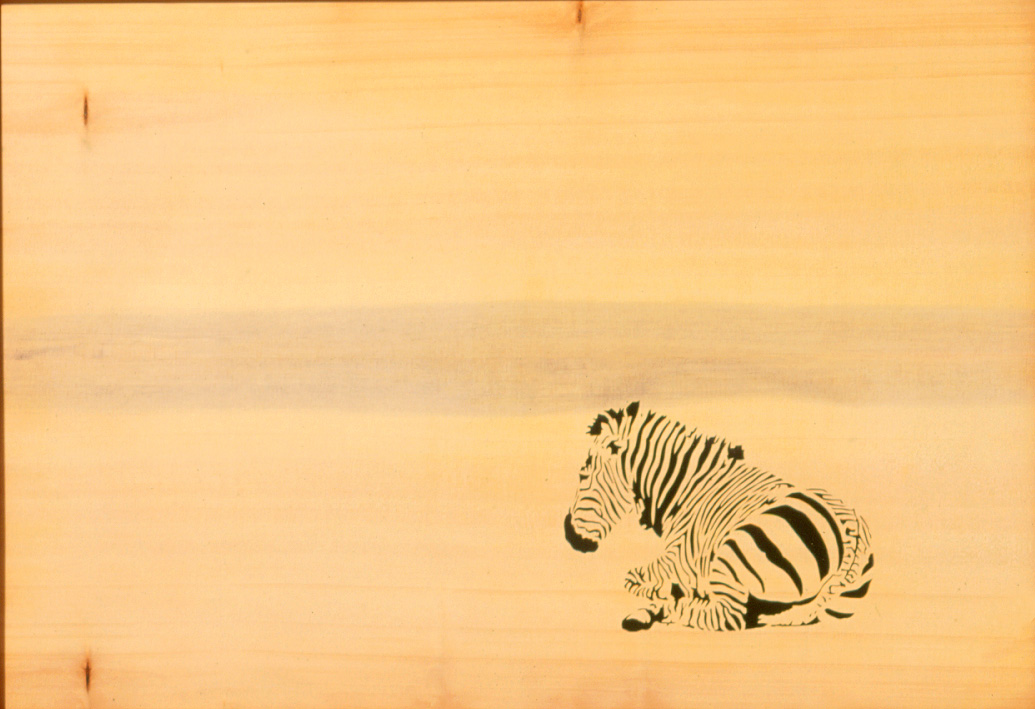 The best artistic work is painstaking and time consuming.  It is also tastefully done, often with a deceptive simplicity.  My own sense of the best work is that it is not cluttered.

I take my artwork seriously; it means a good deal to me.  I can’t think of myself as “owning” it in the normal sense of the word, because seems to come through me as much as out of me.  I have, along with others, noticed that my awareness is open to beauty from many directions.  I am primarily a visual person.  I have done work that expresses a sense of the world that is Islamic, or Celtic, or Renaissance, or African, or Hebraic, or abstract, or “natural”, or architectural, or art Deco, or Japonesque, or geometric, etc.; I see beauty in all of it.  And I express it because, well, I don’t think the world has enough beauty or truth in it.

It is true that a lot of my preferred designs are inspired, copied from, and borrowed from the artwork of the European Renaissance; they’re not “original” to me in that sense of the word.  That period of history was, as a matter of fact, one of great artistic and mental awakening that followed centuries of the intensely provincial, religious, and political mindsets of the Medieval centuries — which themselves followed the fall of the Roman Empire in the fourth century.  Science was unknown; literacy, medicine, and both personal and civic hygiene were at a standstill.  Music was monophonic.  Law was feudal.  The middle class did not exist.  Economics and commerce were also feudal.  Human consciousness was feudal, local, illiterate, and narrow.

Certainly artistic creativity and literature were narrowly Christian.  As far as European society went, no representative, naturalistic, or ornamental art to speak of outside of religious iconography (including decorative ornamentation of churches and cathedrals, which vastly outshone the look of even kings’ castles) existed – nor had it since the fall of Rome.  Finally, when artistic awakening came, European artists found that there existed a wealth of Arabic, Celtic, Greek, and Roman art to borrow from.  And so they did.  And then, much later, I borrowed from it too.

Continue to more works at Artwork (2) >