SEX (OF A SORT) AND MY ARTWORK

I take my artwork seriously; it means a good deal to me.  I can’t think of myself as “owning” it in the normal sense of the word, because seems to come through me as much as out of me.  I have, along with others, noticed that my awareness is open to beauty from many directions.  I have done work that expresses a sense of the world that is Islamic, or Celtic, or European Renaissance, or African, or Hebraic, or abstract, or “natural”, or architectural, or art Deco, or Japonesque, or geometric, etc.; I see beauty in all of it.  And I express it because . . . well . . . I don’t think the world has enough beauty or truth in it.

When I was young I was an artsy-craftsy kind of kid.  I was not athletic, scientific, outdoorsy, comedic, intellectually nerdy, or a troublemaker.  I was a serious child who liked to make things.  I whittled in wood; I built things with erector sets; I made things out of clay and plasticine and plaster, and even mud; I built kits and models of all kinds; I drew things; I glued things; I wood-carved; I wood-burned; I painted-by-numbers; I assembled jigsaw puzzles.  I also read.  And because my family and I moved around a lot I spoke four languages and went to schools in every country and city we ever lived in.  It took me a while to notice that none of those schools were places where anyone made anything; instead, everybody just read and wrote stuff down.  It was all paper work, of a sort.

But, as I said, I have always liked to make things.  I made my first guitar in 1970-71 . . .  after I’d graduated from College, and then lived in South America for two years in the Peace Corps, and then spent yet even more time in [Graduate] School.

Fast-forward nineteen years, to 1989: I began to do artwork then, in addition to making guitars.  As you can see in this website, my artwork is not representational, symbolic, metaphysical, stylized, impressionist, post-modern, ethnic, religious, minimalist, or any of the normal things art is called and marketed as.  It is highly detailed work; and it is a direct outgrowth of my guitar making skills.  My artwork consists of lutherie-friendly designs that are carved and inlaid in(to) bookmatched plates of wood that could otherwise become guitar tops.  Moreover, the work is done with the same kinds of incising tools (chisels, scalpels, Dremel tools, glue, etc.) that one would do artisanal woodwork with.

So, one may ask: what happened in 1989 that would have turned my attention to doing such artwork?  There’s a story behind this.

And for those of you who have never worked with a therapist, my experience of it is that if one has found a competent one it can significantly impact one’s life for the better.  Therapy is not an exercise in fixing something that one has to be ashamed about; it’s the experience of having someone whom one can talk with honestly about anything that one is having a hard time with . . . and thereby start to understand things that have up until then been poorly understood, or perhaps even not understood at all.

I can also say that the process of finding a therapist who is right for you is not much different from dating.  You know: finding someone compatible and at your level, and who is trustworthy enough to become a confidante for things you can’t talk with anyone else about.  It takes courage to take such a step and I applaud anyone who does it.  Anyway, I found a therapist whom “I felt safe to be with”.  She gave me space; she didn’t crowd me.

I had met with several therapists, to “interview” them.  I really didn’t know what to expect.  I guess I’d just hoped to find someone I felt comfortable — or, at least, not uncomfortable — to be in the same room with.  And I did.  She . . . just . . . well . . . seemed comfortable in her own skin.  She made good eye contact.  Her breathing was easy and regular.

And . . . she waited for me to say things.  She listened patiently, as though she had all the time in the world. She didn’t put out a vibe of having something better to do, or having some agenda for how to use that hour.  And her attention didn’t seem to wander as I sat there wordlessly.

I wouldn’t have known what to say in any event.  I was pretty demoralized at that point in my life and felt unable to think or talk myself out of a paper bag.  So, I just sat there with her, silently, without saying anything.  I just looked at her.  I’m pretty sure I was waiting to see what she needed from me — sort of like soldiers who sit around doing nothing until some officer gives them something to do or focus on.  With her, I sat in complete silence for our first three sessions. Can you imagine that?

I’d never been in a room with anyone else before who was willing and able to give me a space to just sit and be in, and who didn’t seem to need or want or desire me to say, do, think, feel, or be anything . . . for them.  And mostly, I didn’t feel abandoned in that room; I felt that she was really sitting there with me.  She was paying calm attention.  It was perhaps the kind of attention one brings to observing one’s favorite color of paint dry.  But it was what I needed; I didn’t know it, but she did.  Bless her.

Just for the record, psychotherapy is a unique kind of relationship in which a special bond is created between the therapist and the client.  Trust is slowly earned, and given, and built up. A lot of the bond is unspoken and unconscious, especially at first; but it can be very strong, with many potentially strong feelings in the mix.  Often, at first, there is possessiveness.  Early-life issues of trust, of being lovable or unlovable, suspicion or dread of betrayal, competitiveness, jealousy about favoritism shown to other human beings, fear of punishment, etc. — all things that people carry around since forever but that have not usually been looked at nor dealt with — leak into the room.  Signs of the therapist having a life that does not include the client can easily trigger red flags; this is why therapists do well to leave their private lives out of the therapy sessions.  Personal information given to a client is like giving money to a child; you can’t do it blindly; you want to know what the child will do with it.  And the child (i.e., client) will certainly create some fantasy or story, or reinforce an already held belief, with it.

A classic instance of evidence of a life that does not include the client is if and when the therapist gets pregnant.  That can trigger powerful feelings about a competitor (for the therapist’s love) and fear of being displaced.  It can be a real crisis.  Clients sometimes drop out of therapy because they can’t handle the fear of being rejected and replaced.  No client likes to be an Ex-, or being “cheated on”(irrational thought that feeling may be; but then again, therapy is exactly the place for looking at “irrational” feelings).  I’ve spoken with a therapist who told me that some years ago, when she revealed to a client that she was pregnant and would be giving birth to a child, that client had a tantrum and threw something against a wall — and walked out of the room never to come back again.

Therapy is something intense for two.  But three is a crowd.  And at one point, my therapist showed obvious signs of being pregnant.


As I said, a pregnant therapist can precipitate a real crisis.  The therapist is close to someone other than you!  And she is having sex with that person and not with you!!  And the evidence of it is intruding into your most intimate discussions in the therapy room!!!  Who invited them!?  What to do?  I’m being funny about this, but it is not a funny situation at all, and what to dobecomes a critical question.

The options are to . . . well, repair the relationship to how it was before? This is essential in terms of re-establishing trust.  Ignore the evidence and go on as usual?  That’s unlikely.  Getting angry isn’t likely to be helpful.  One can withdraw from the relationship.  That certainly gets rid of the momentary threat to one’s ego; but it also fires the person who’s helping you to solve some problems.  One can also talk about one’s feelings about all that; it might be painful and awkward and difficult.  But on the other hand that is exactly the kind of thing that therapy was invented to deal with.  And it does help.

I don’t know exactly what contortions my subconscious went through in dealing with this new evidence of life’s complexity.  But I must have been gestating some things inside myself without knowing it . . . and, so . . . I did an unusual thing.  Rather than rejecting my therapist, or attacking her, or otherwise defending against her, I joined her.  I showed up at my therapy appointment one day and said that as she was going to give birth, I wanted to give birth to something too.  I’d woken up that morning with that thought in mind. Two days later I was carving and inlaying lutherie-type artwork.  And that activity went on to fill the vacant areas in my inner life in a way that nothing else could have. Who could have predicted such a thing?

And, mostly, it’s interesting to me that none of this would have existed had my therapist not gotten knocked up. 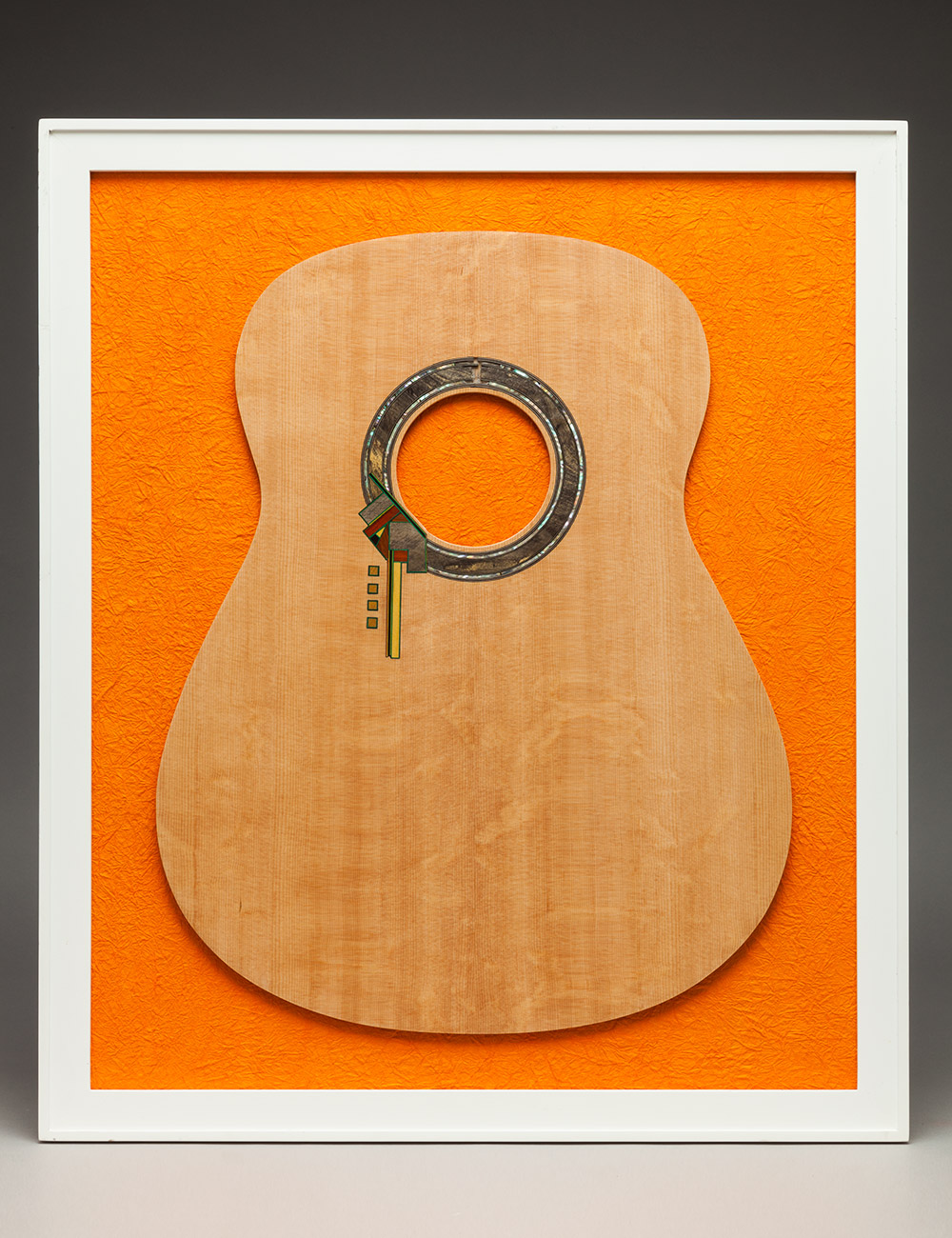 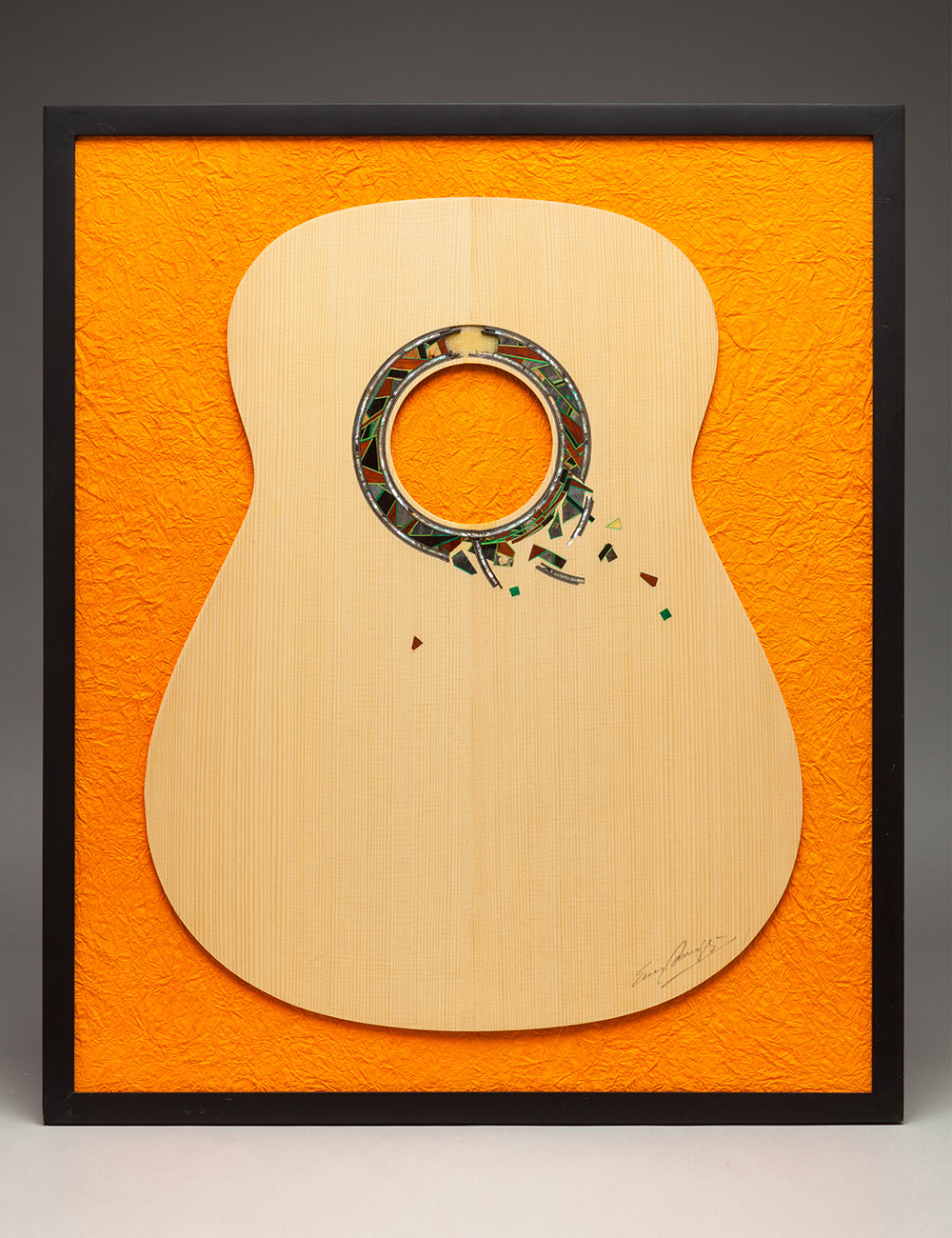 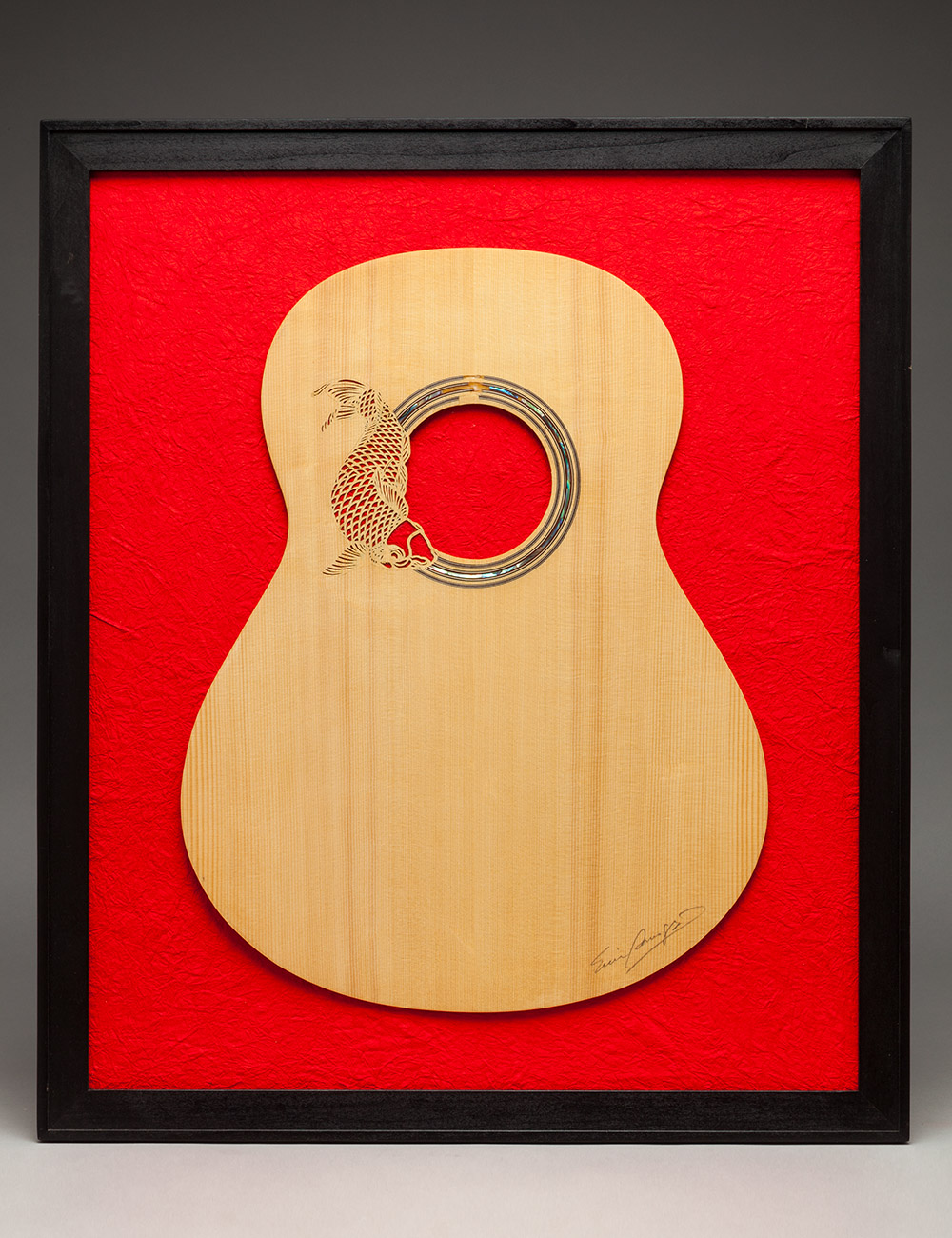 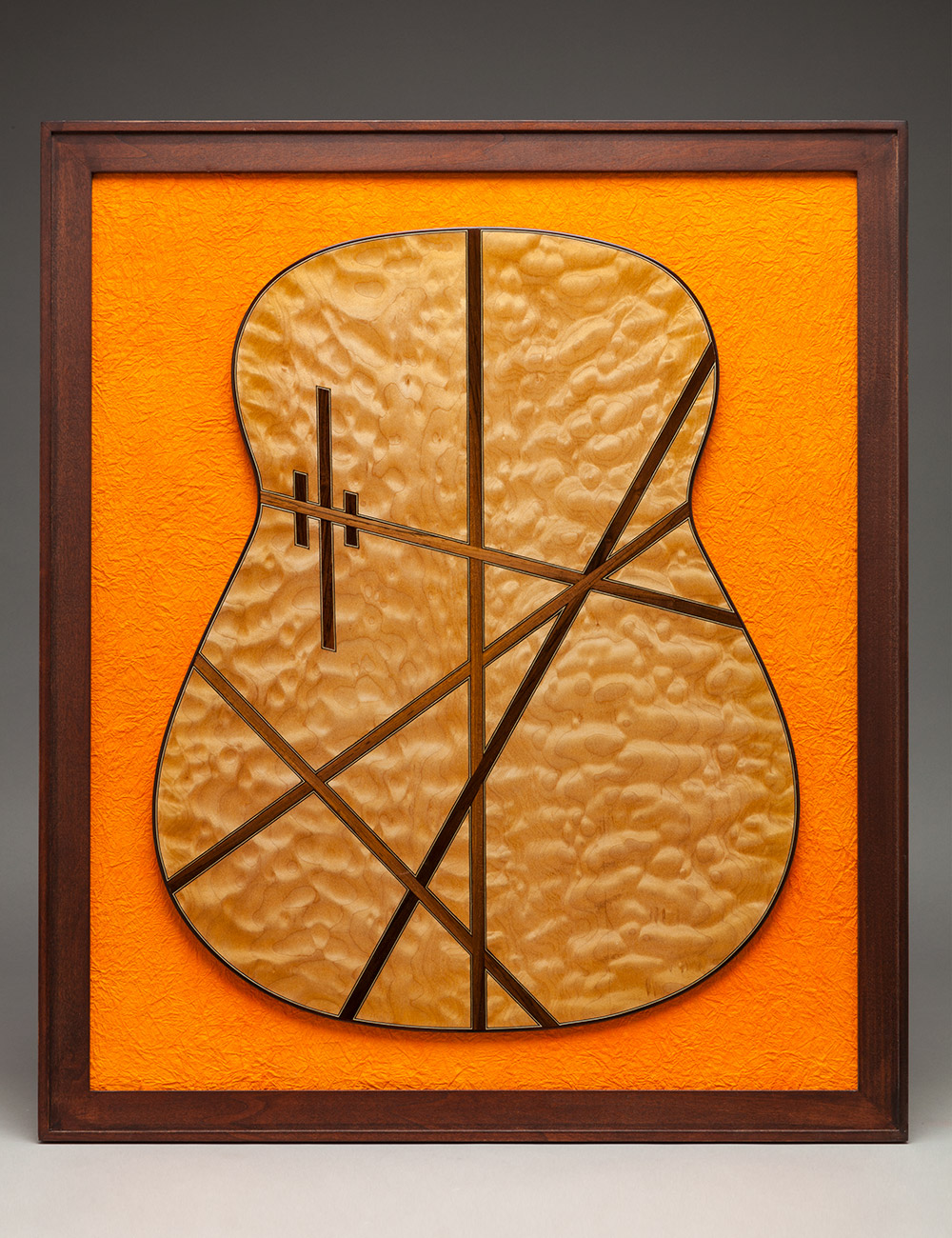 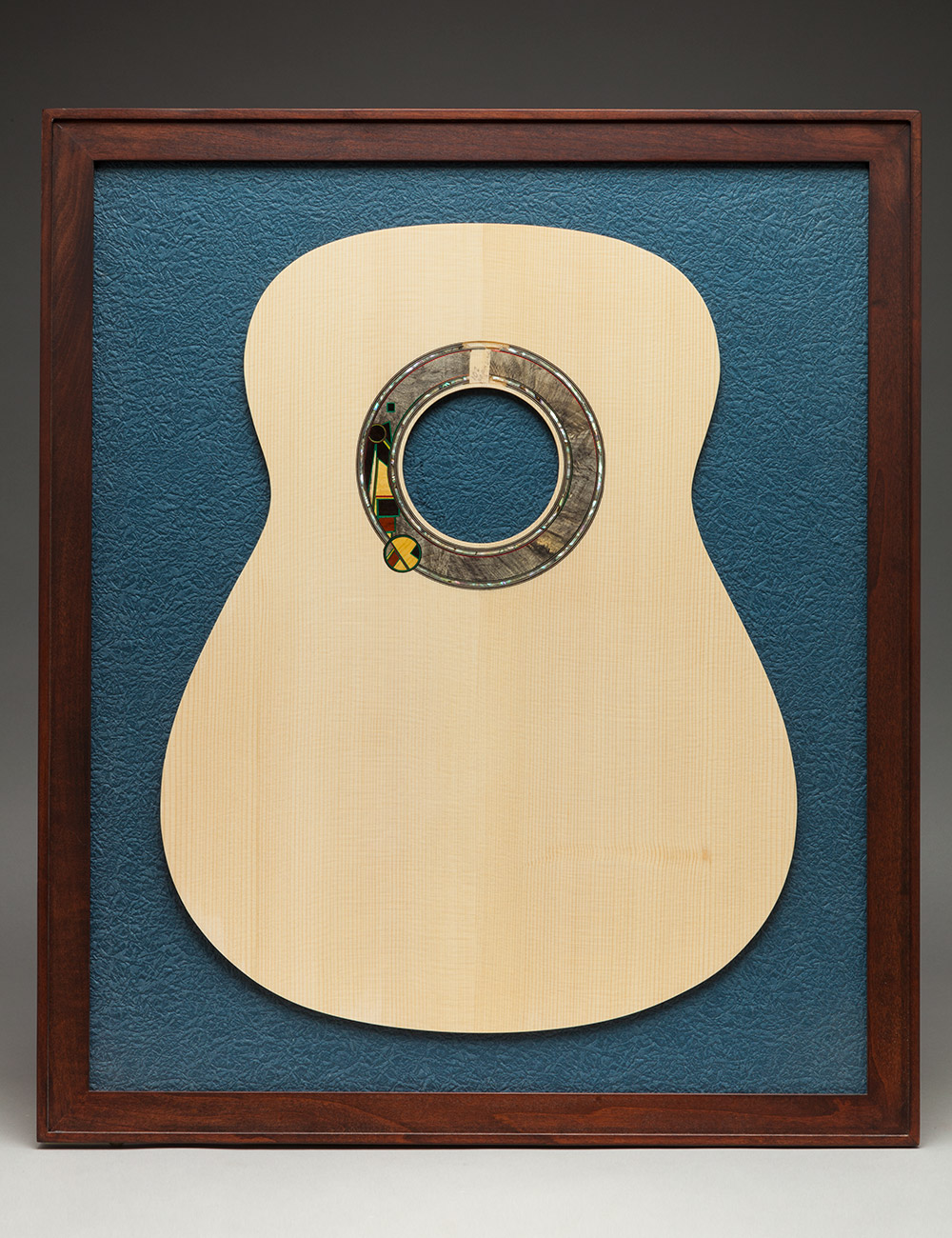 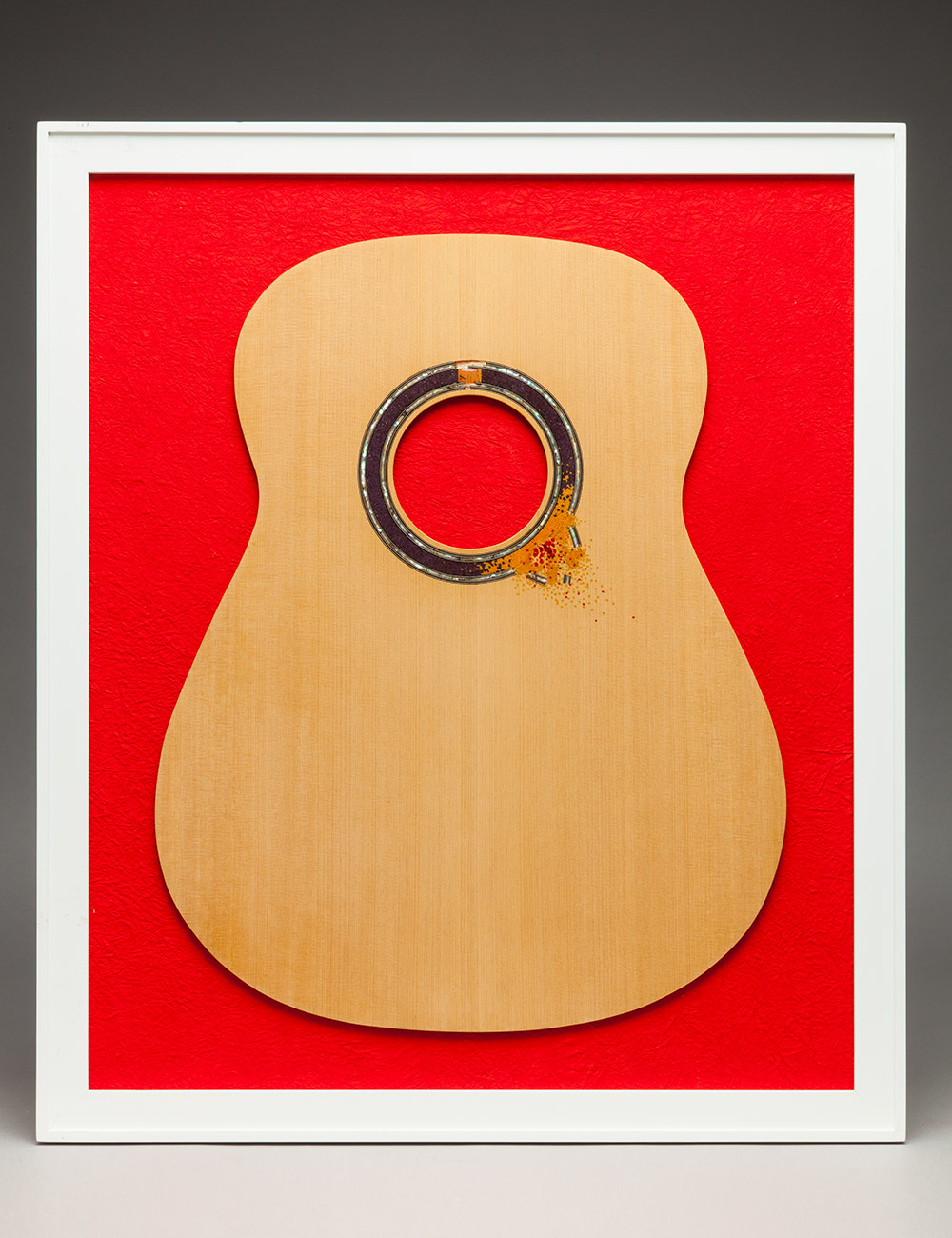 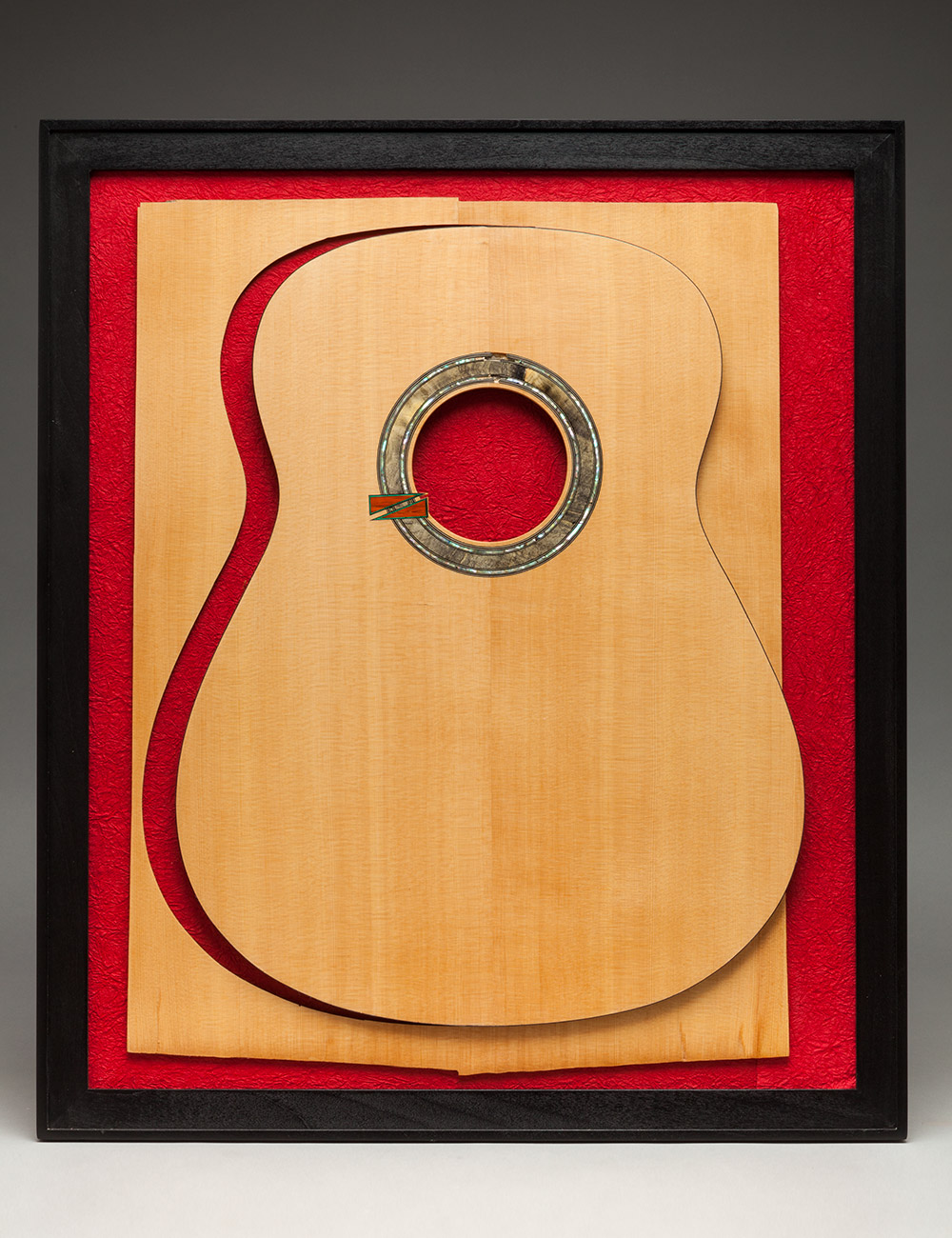 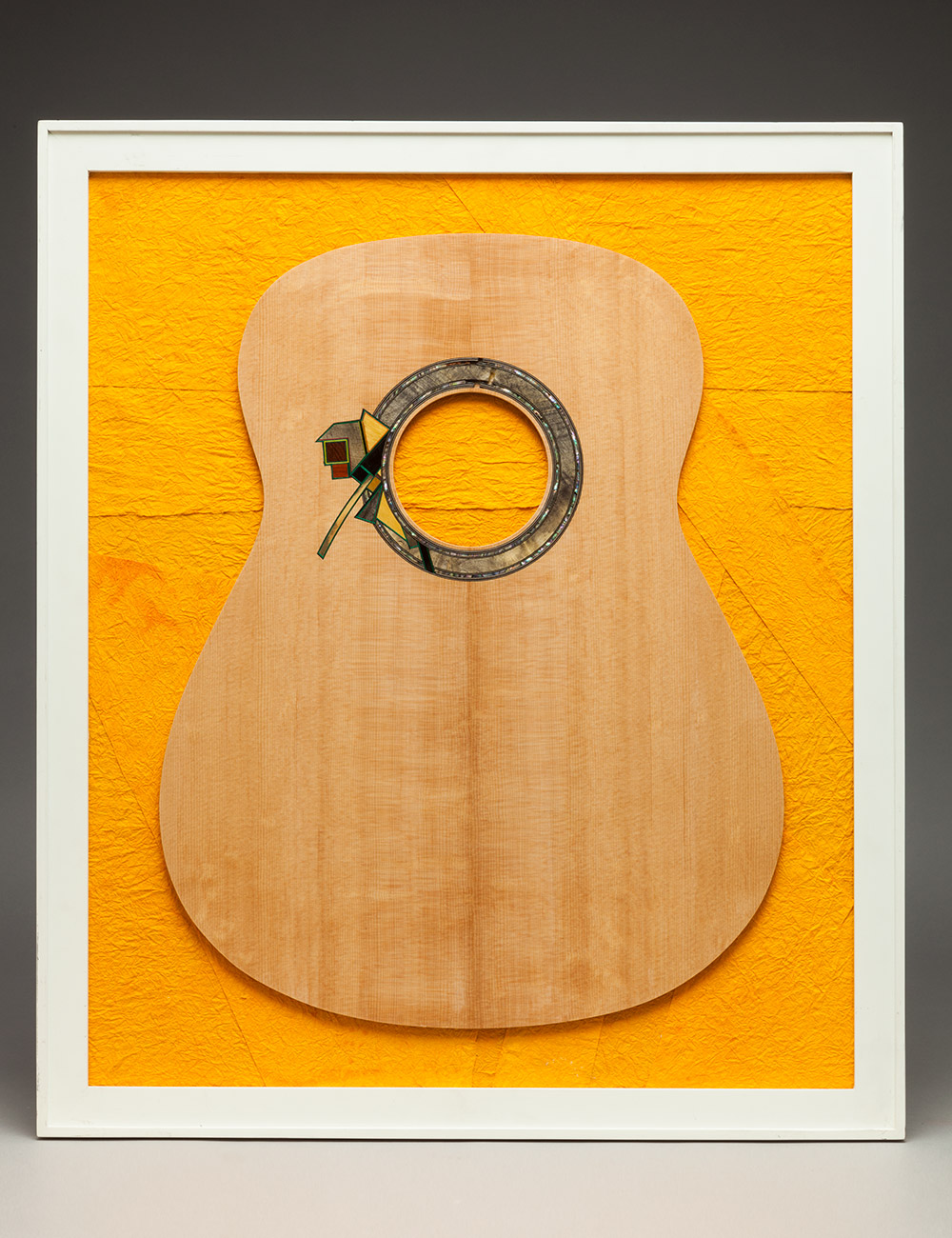 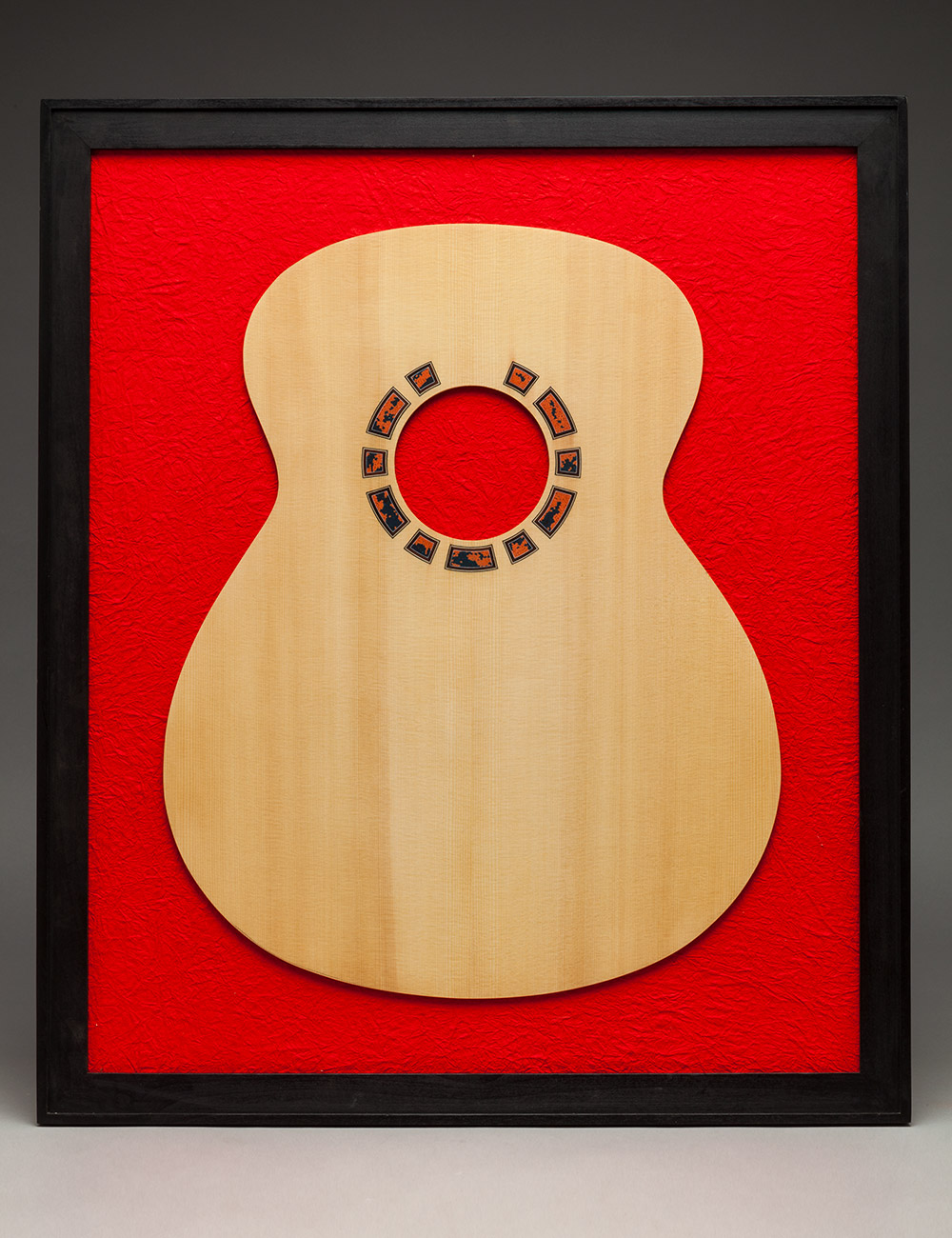 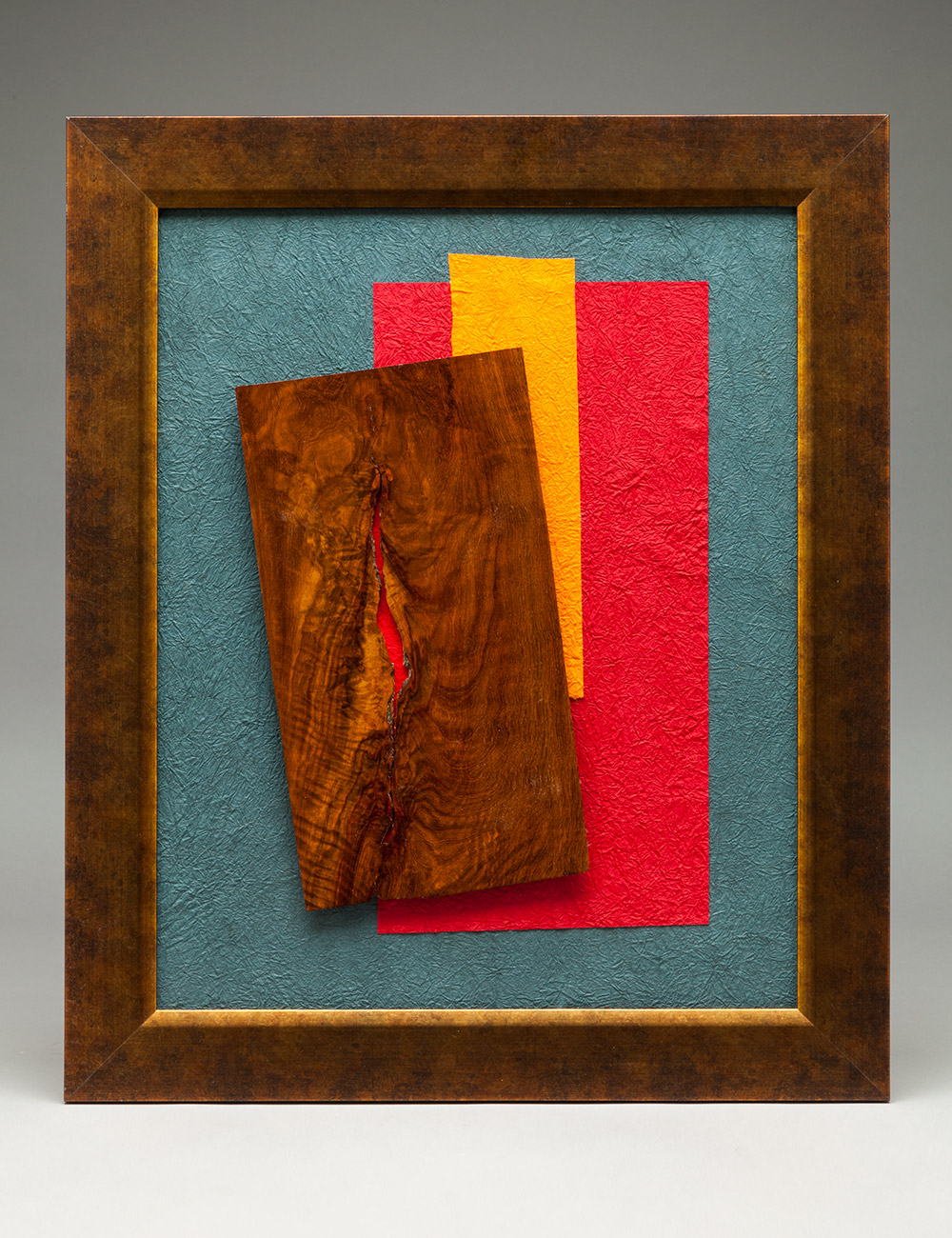 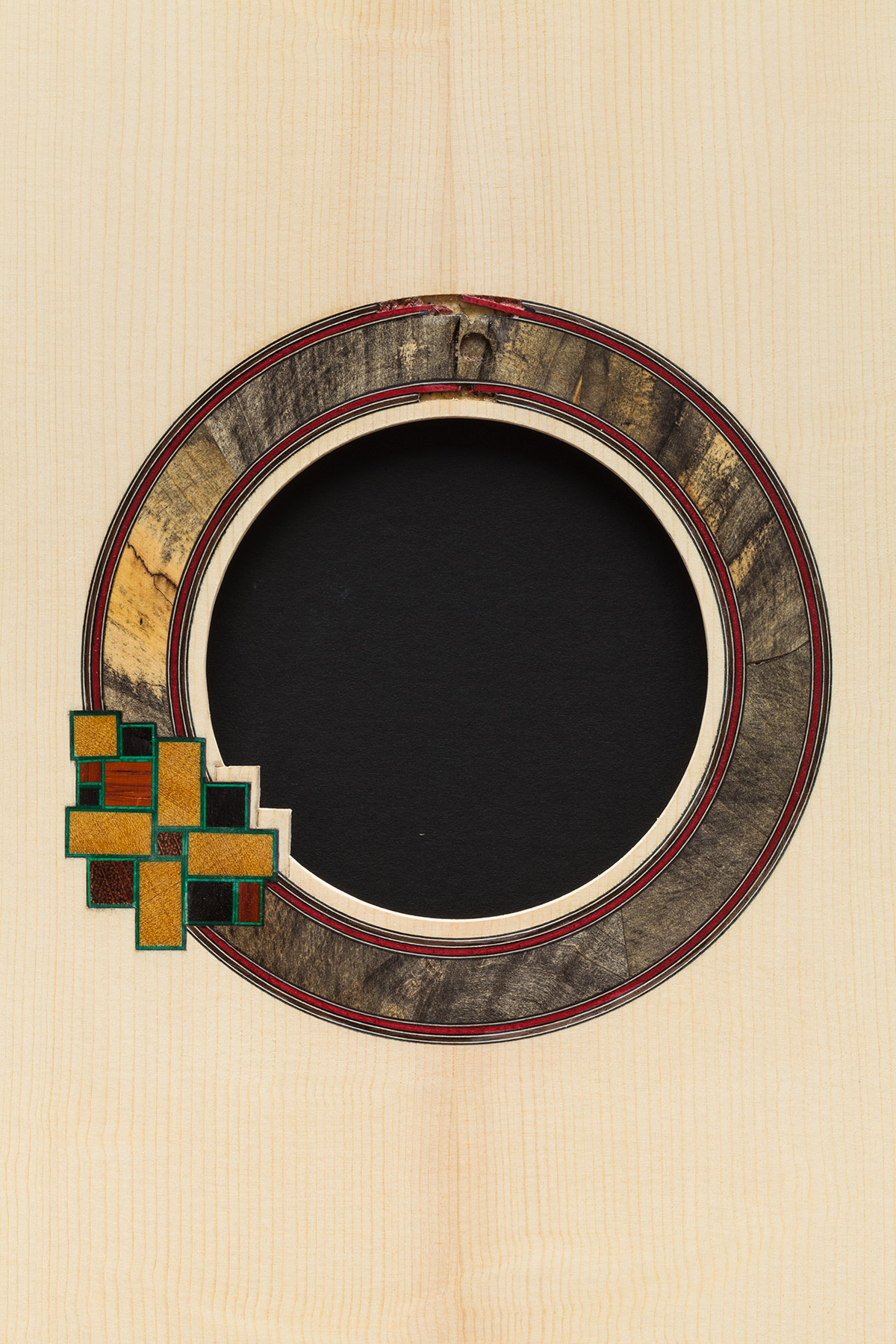 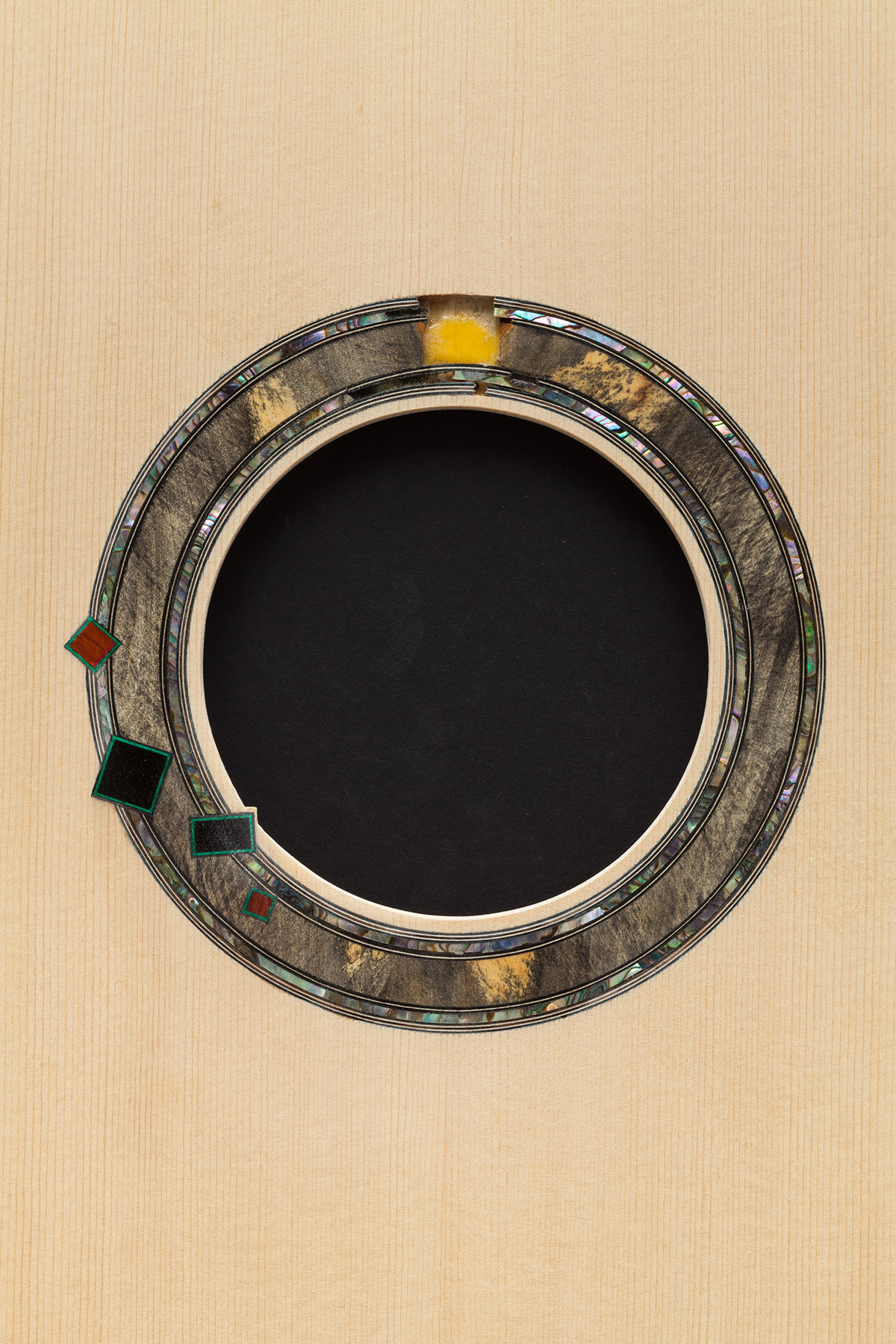 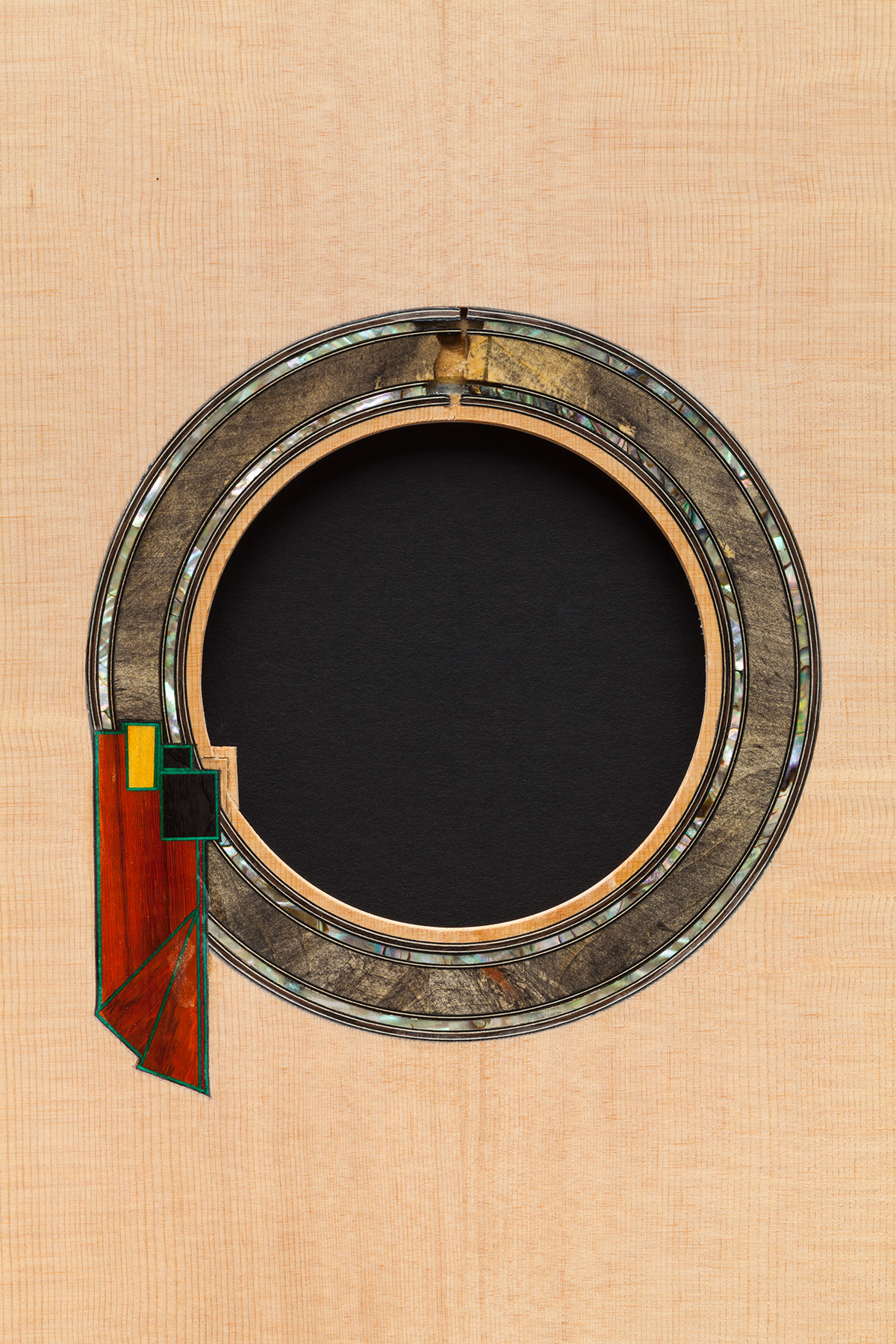 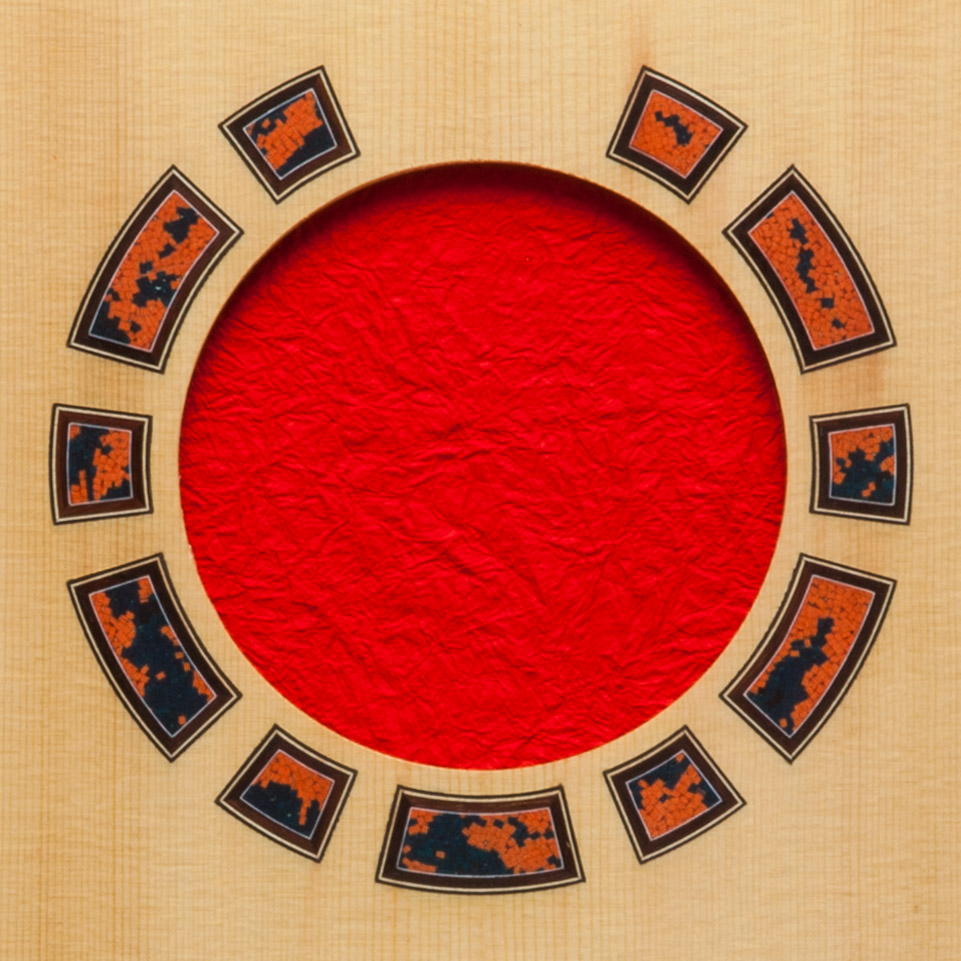 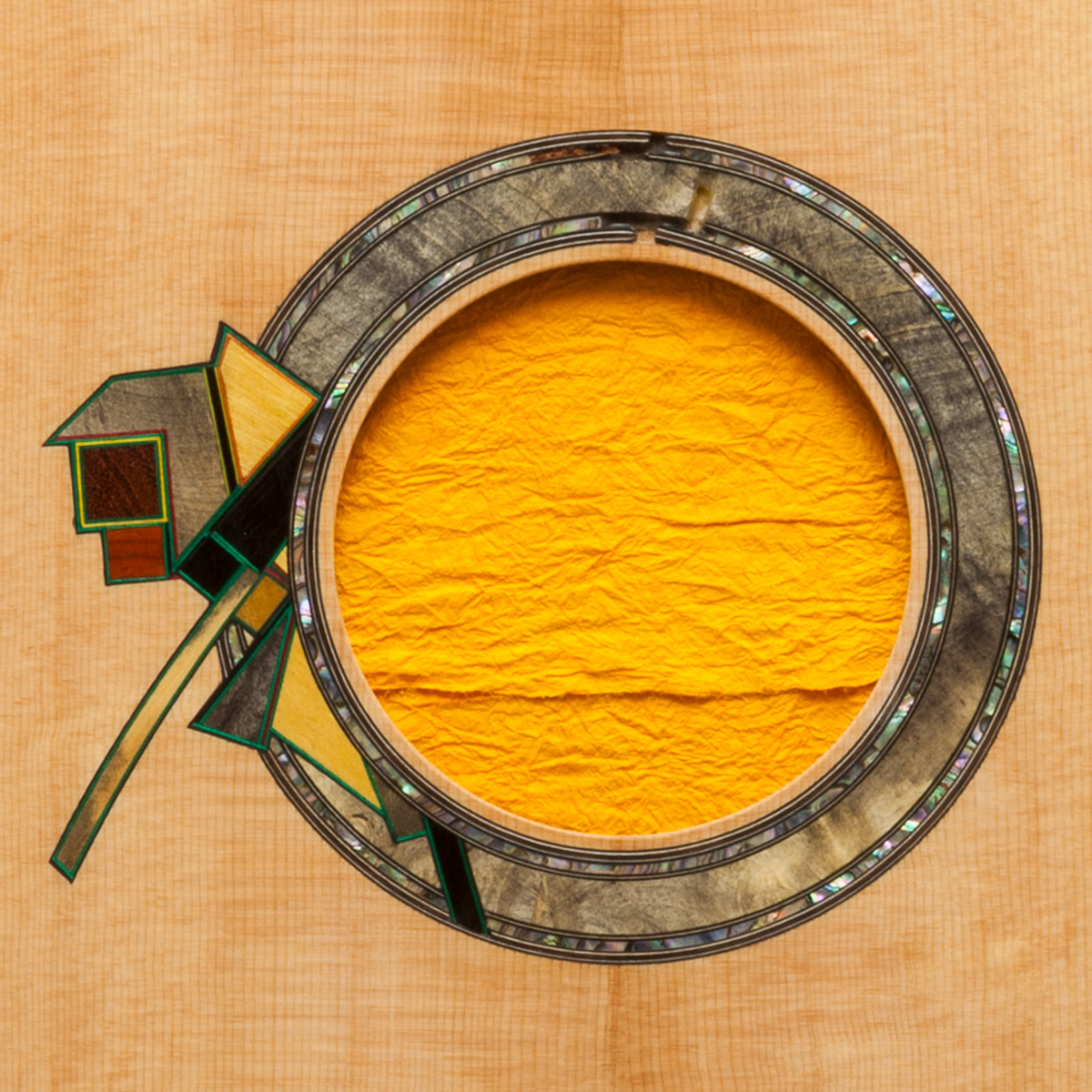 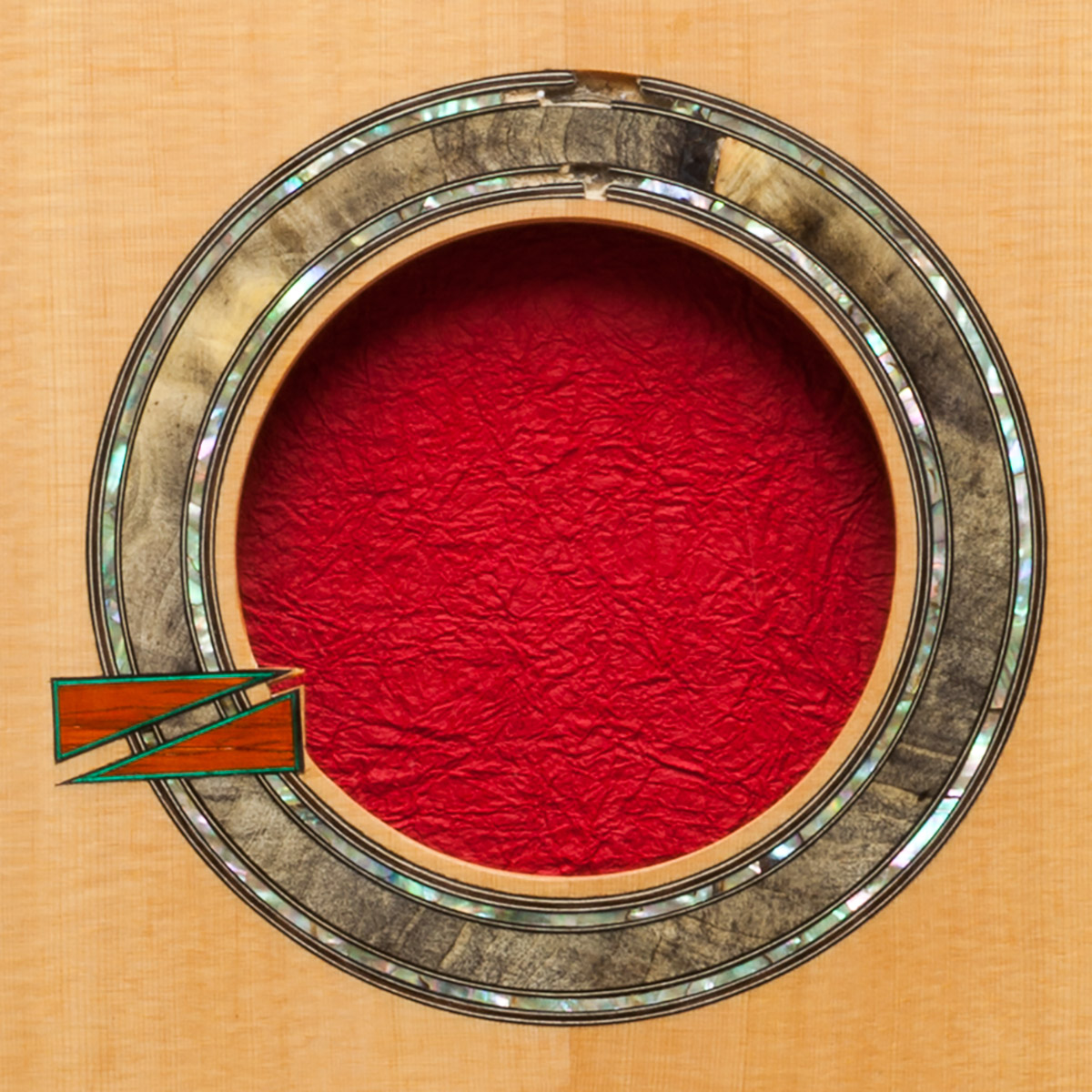 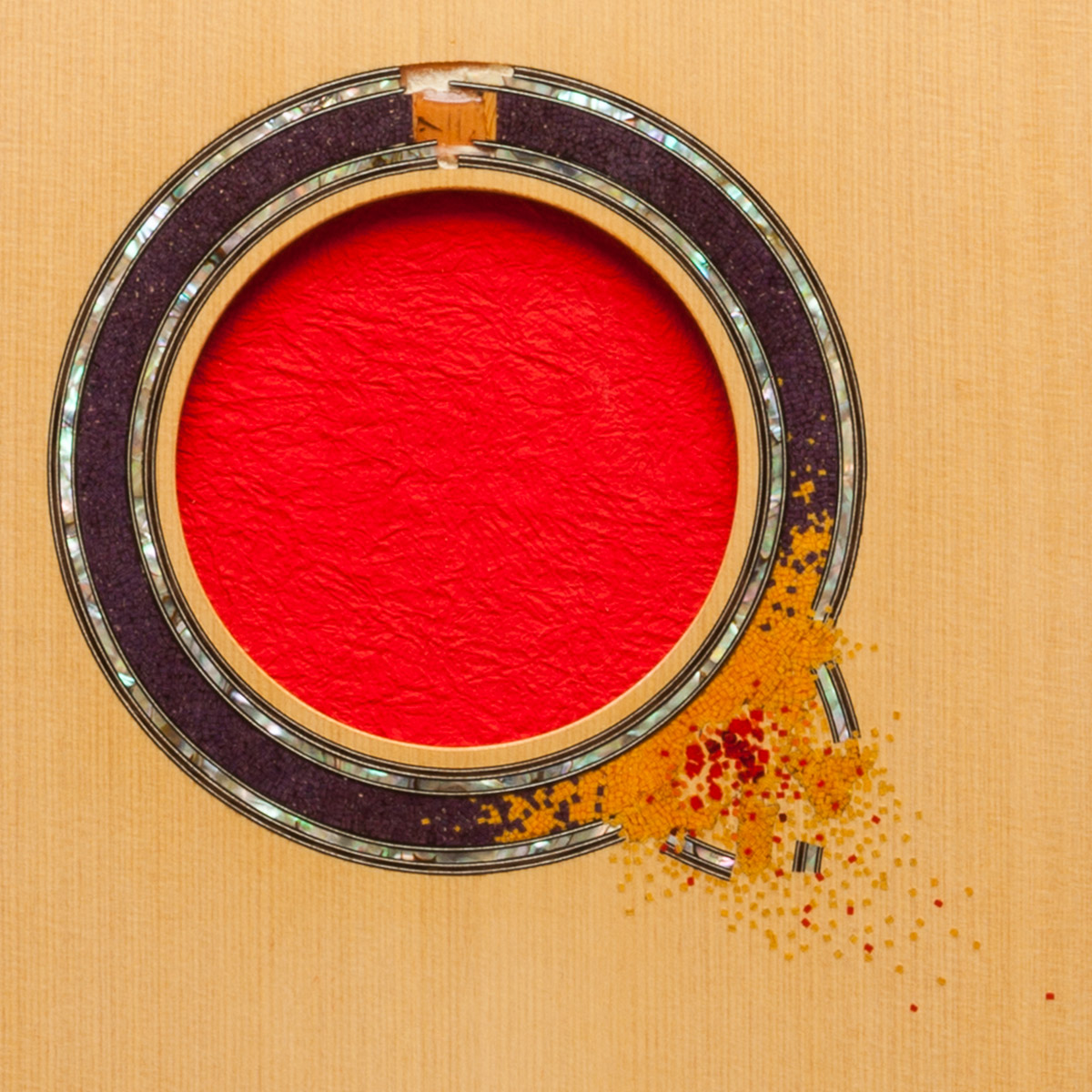 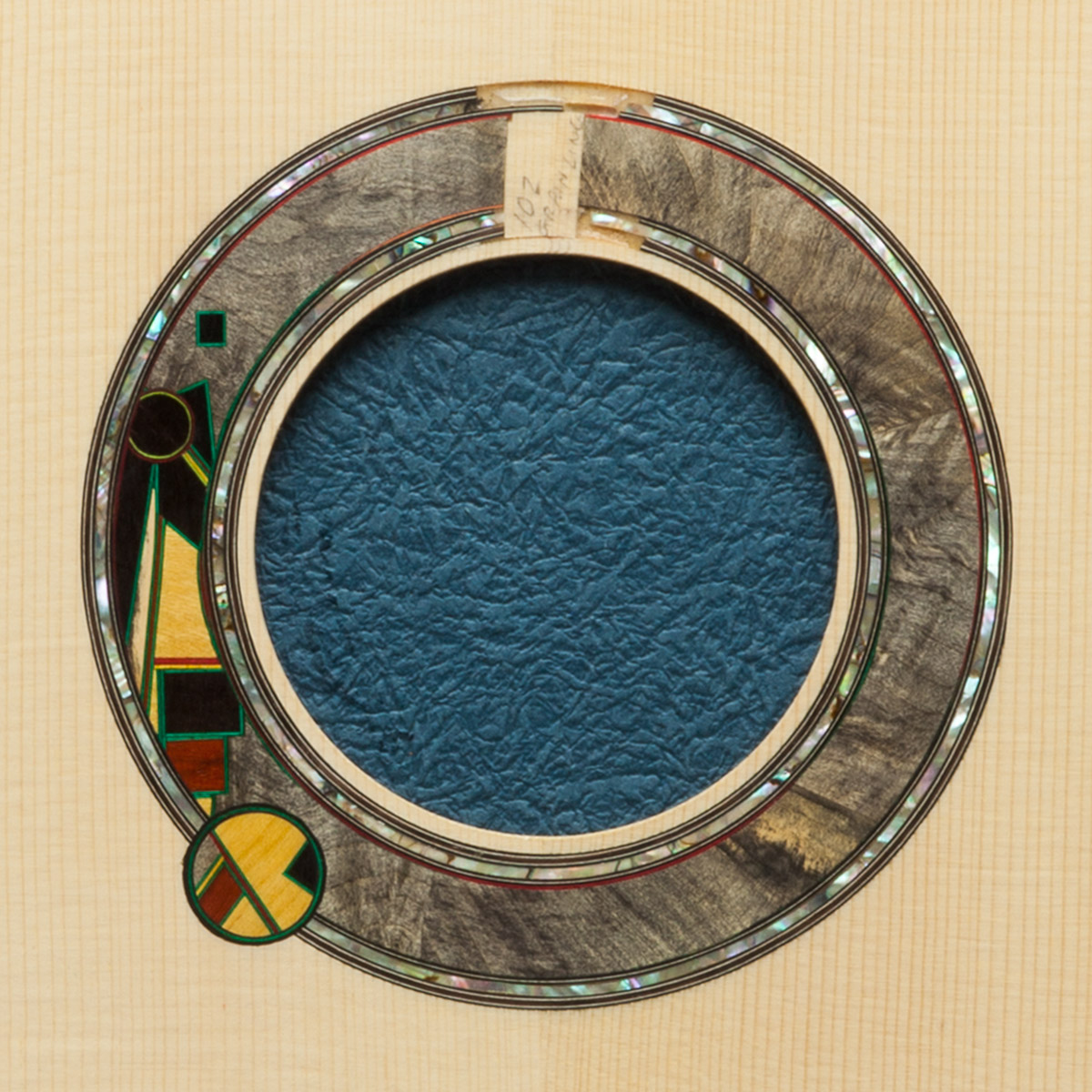 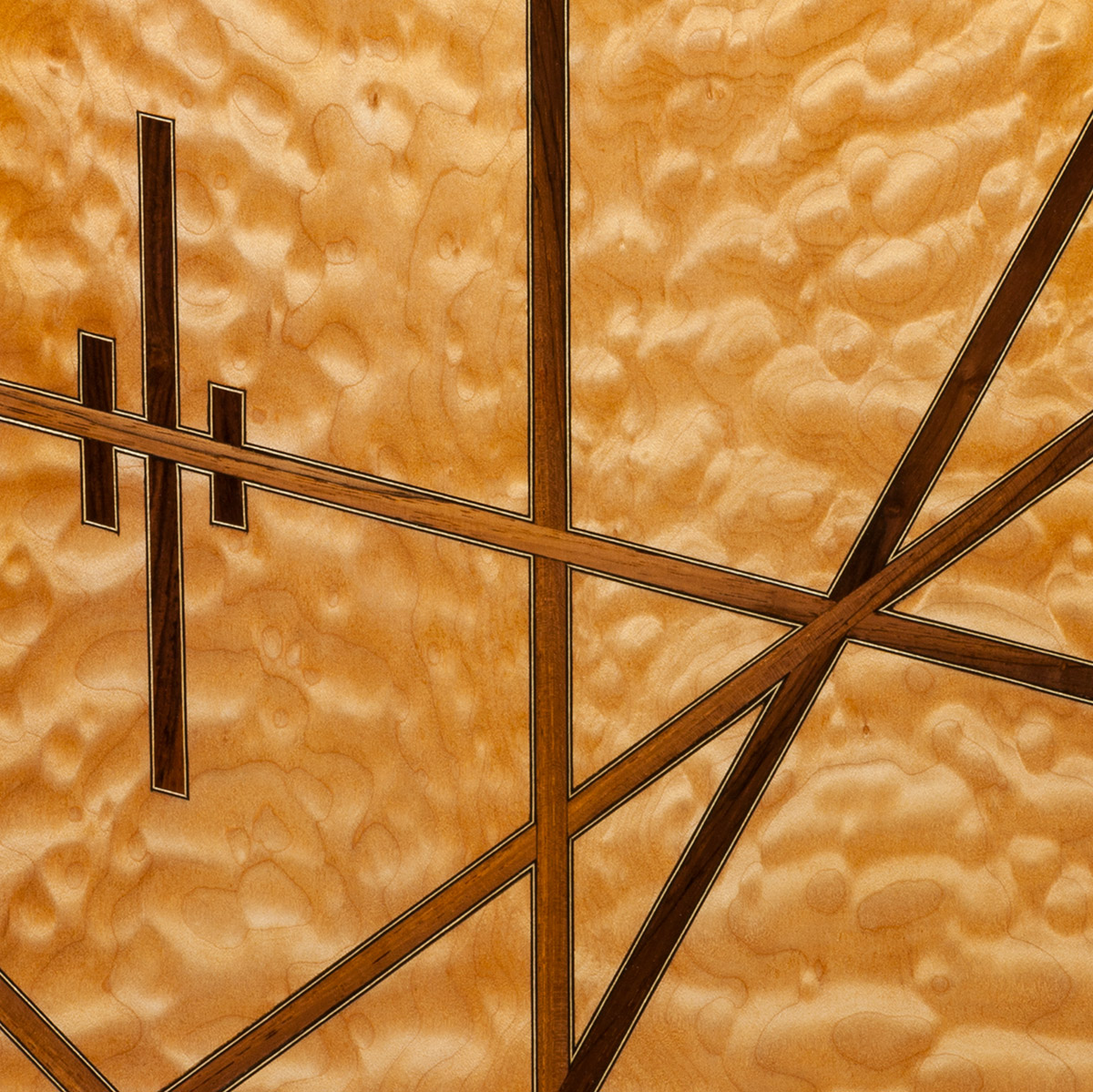 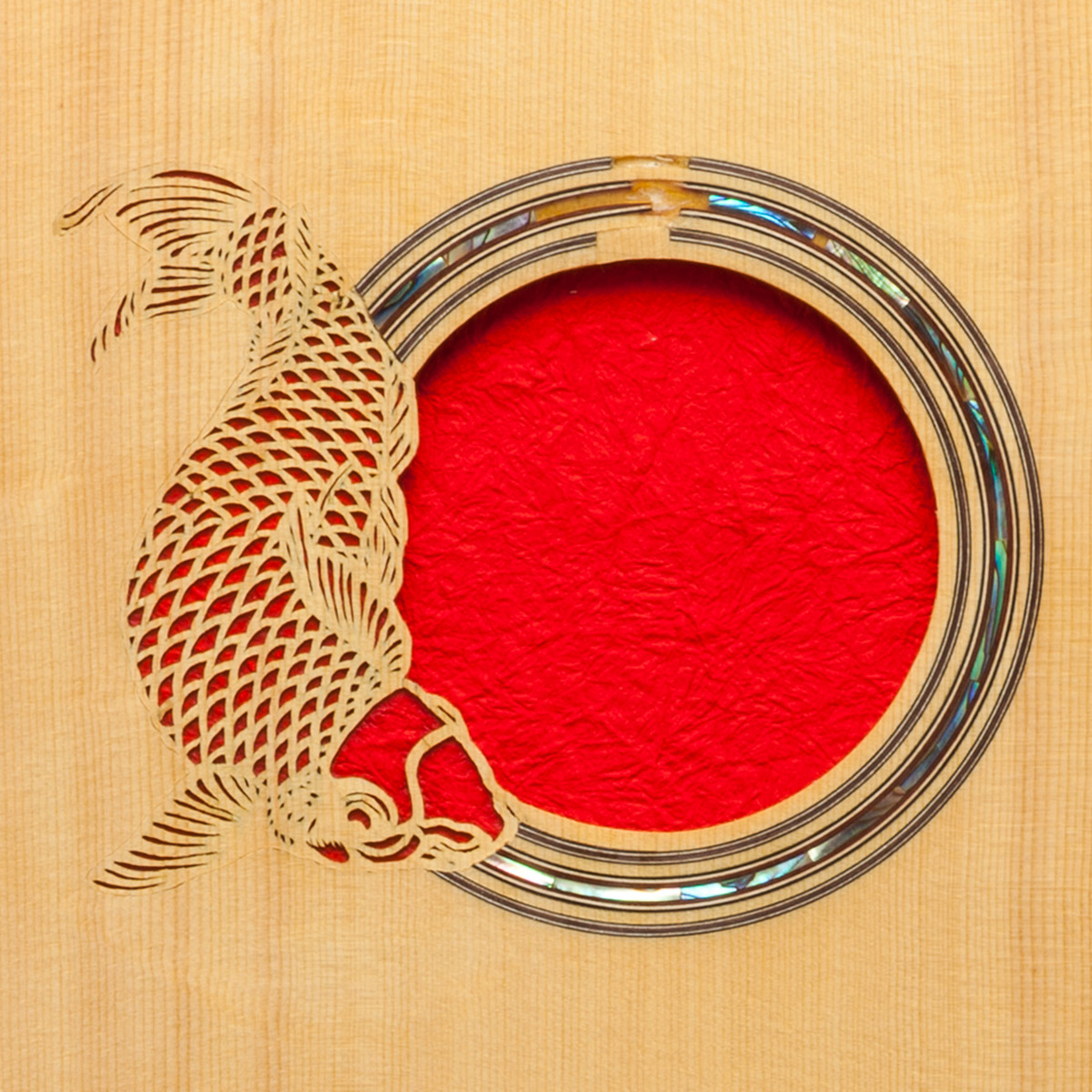 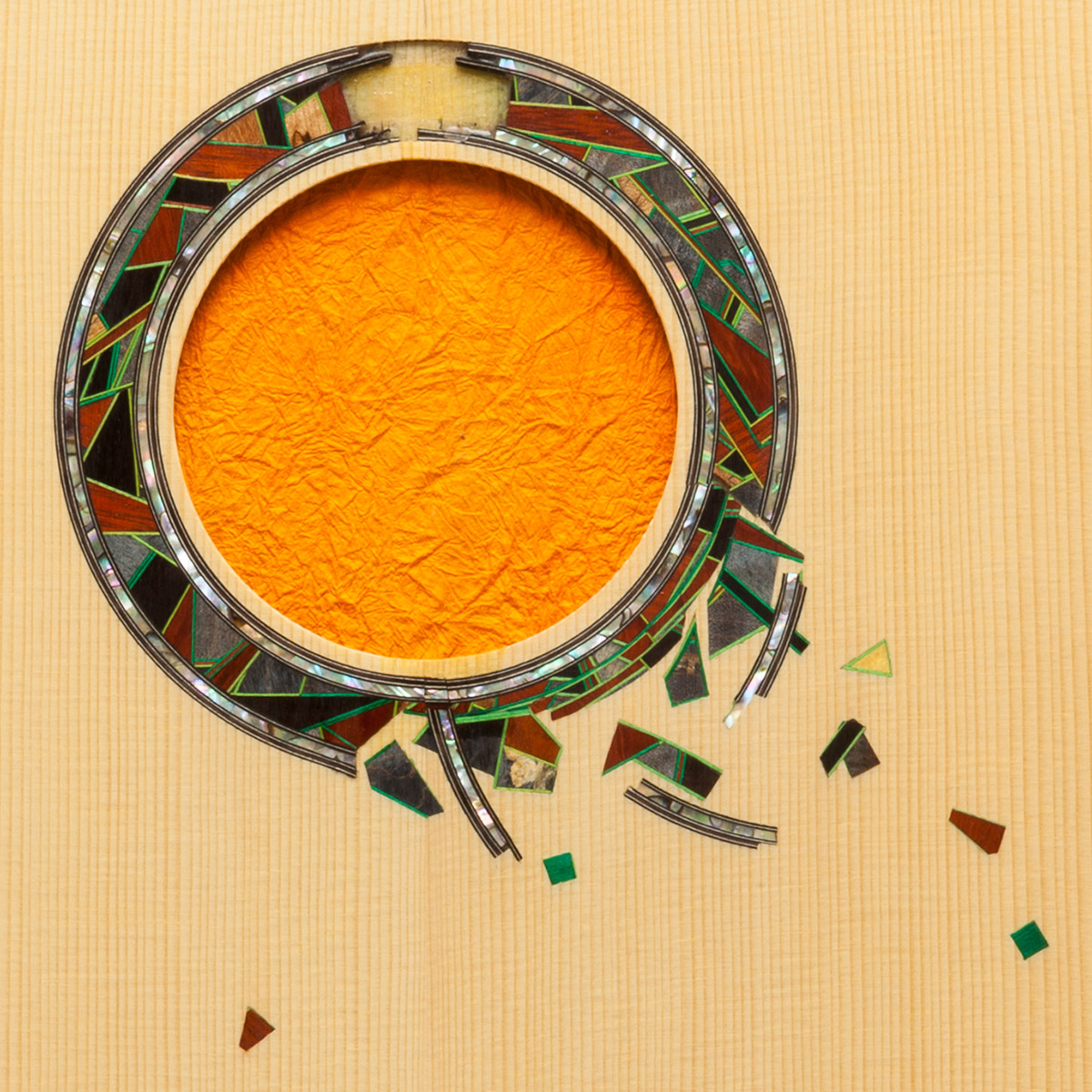 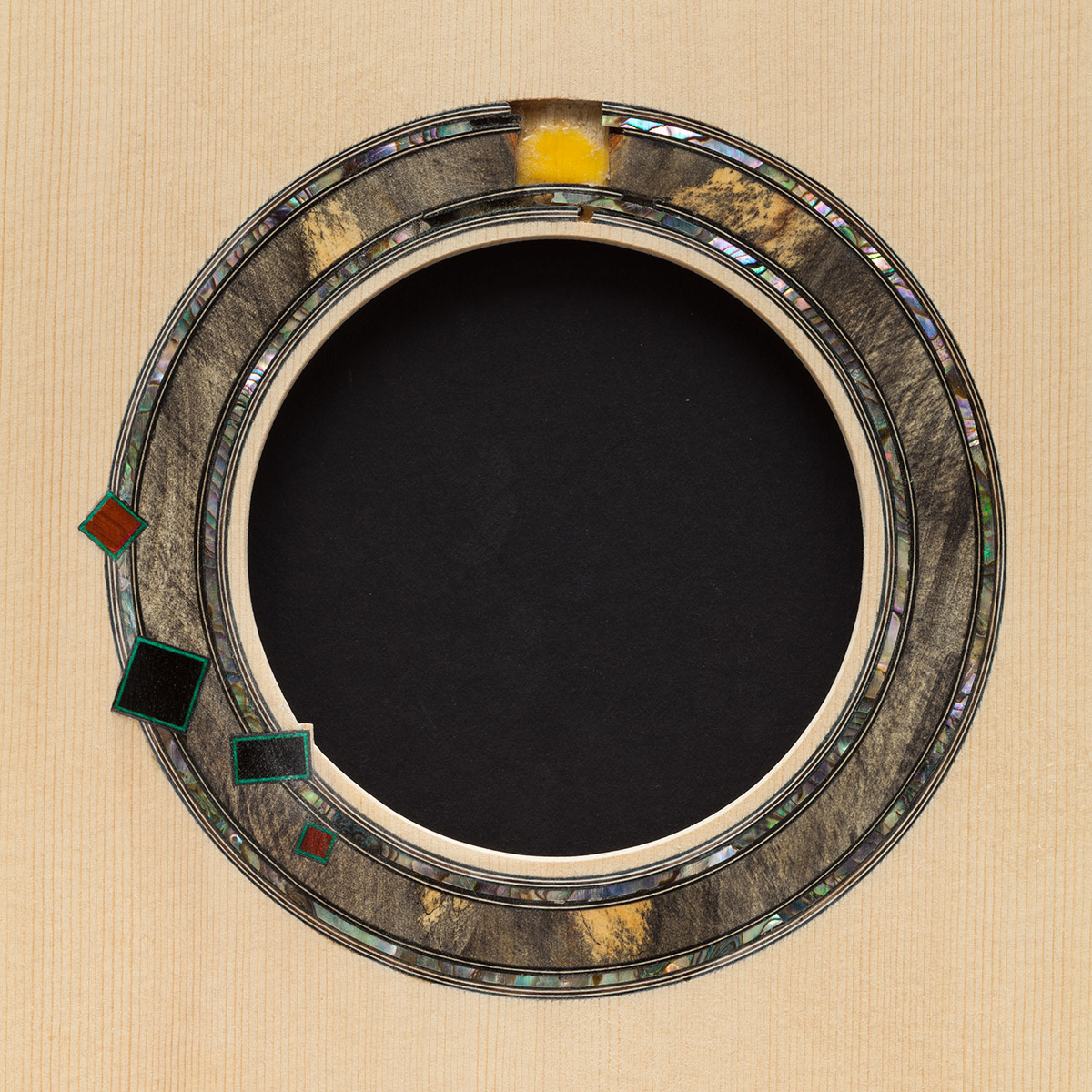 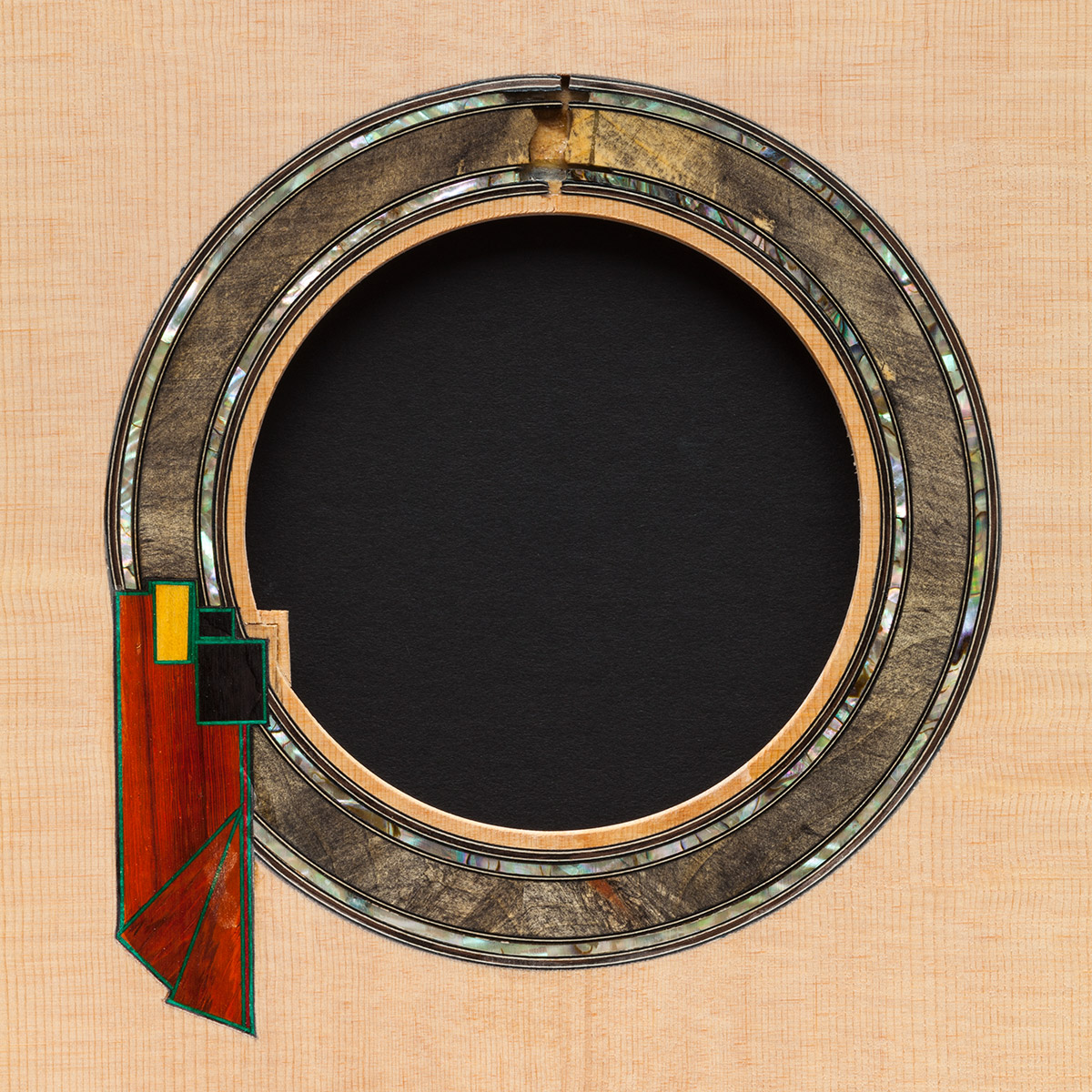 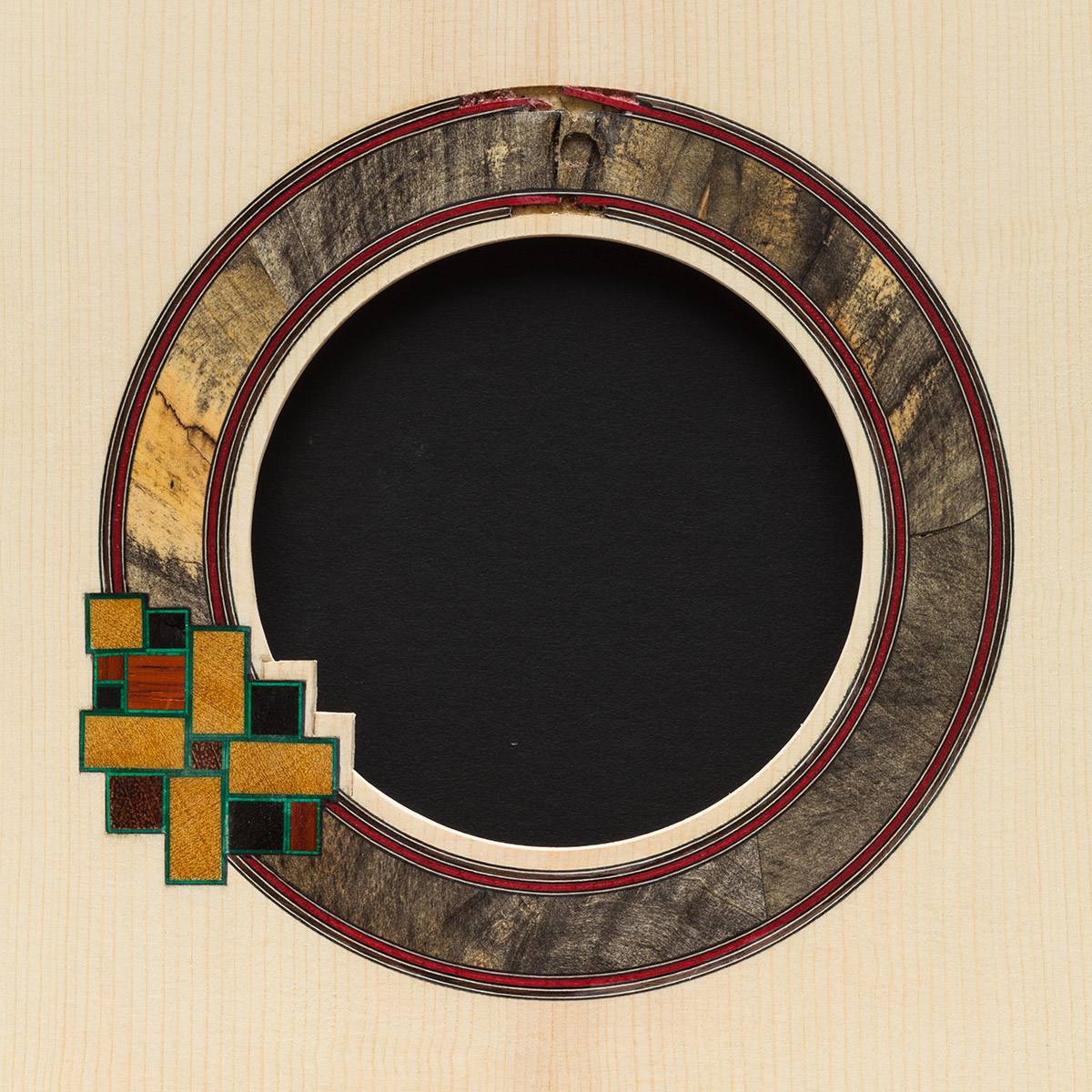 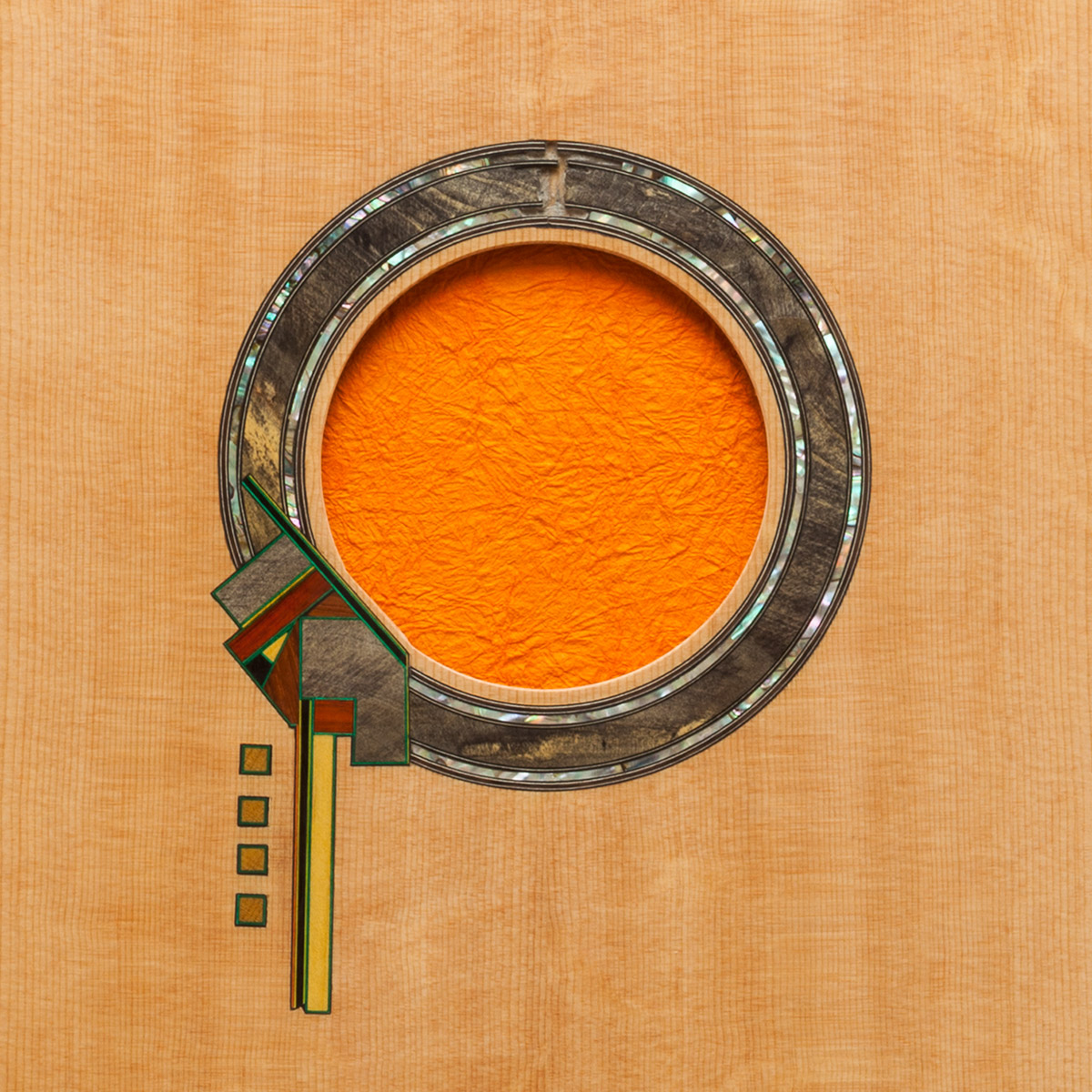