The Modern Guitar: An Icon of Romance and Heroism

A Digression Into Matter of Top Thickness

An Interview with Steven Dembroski, from Dream Guitars

Why Are There Differently Constructed Classical Guitars?

My Adventures in Book Publishing

On the Matter of Advertising Slogans

Guitars, Virtue, and Nudity: The Guitar as an Icon of Culture, Class Status, and Social Values

The Carmel Classic Guitar Festival of 1977

The Guitar as an Emergent System

The Wisdom of the Hands

Is It Art or Craft?

Thoughts on the Passing of Paco De Lucia
Part 1: An Overview of Modern Flamenco
Part 2: A More Personal View

Trompe l’Oeil and Wabi-sabi in Guitars 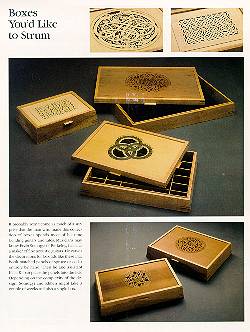 “It probably won’t come as much of a surprise that the man who made this collection of boxes spends most of his time building guitars and lutes. Musicians may know Ervin Somgyi of Berkeley, Calif as a maker of fine acoustic guitars.” 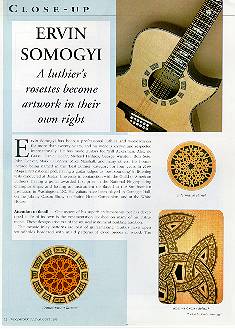 A Luthier’s Rosettes Become Artwork in Their Own Right
“Woodwork” #28, July-August 1993

“One aspect of his superb craftsmanship that has developed a life of its own is the ornamentation lavished on many of his instruments.” 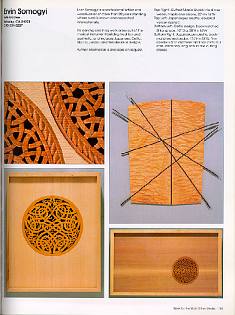 “Ervin Somogyi is a professional luthier and woodworker of more than 20 years standing, whose work is known and respected internationally.”

“His carving and inlay work arises out of the musical instrument-building tradition and aesthetic, and includes Japanese, Celtic, Islamic, Judaic and Renaissance designs.” 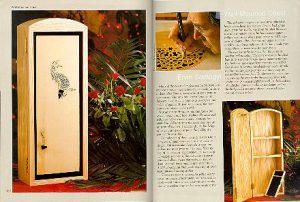 “There’s no room to go very far with a rosette design on an actual instrument, so I’ve turned to boxes—and now to this wall chest—’to give me the chance to explore larger and more intricate forms.'” 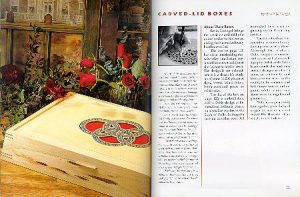 “Instruments in the guitar and lute family possess a circular sound hole, traditionally decorated with an inlaid or carved rosette. Somogyi uses his extraordinary skill as a designer and carver to turn this decoration into an art form all its own”

“Ervin Somogyi is a California-based luthier with an excellent reputation for high-quality handmade guitars.” 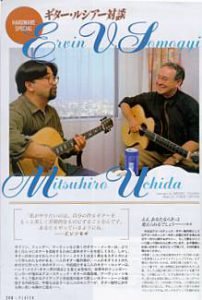 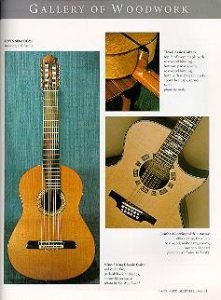 “Our sample Somogyi Dreadnought’s composite score of 93.7 is among the highest we’ve awarded any guitar in the past year. In playing tests, we were impressed with the guitar’s playability and balance and its broad range of tone color.” 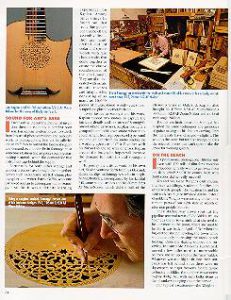 “…really fine guitars don’t come off the assembly line — they are hand-crafted out of cedar and spruce with rare characteristics that come together to create the elusive sound required of the instrument.”