The guitar’s peghead is necessary for holding the tuning machines.  If usefulness were one’s only criterion, however, then the peghead would be a squared off utilitarian extension of the neck and nothing more.  Among the commercial makers there is some rudimentary shaping of the peghead, along with an inlay of some sort, so as to identify the brand. 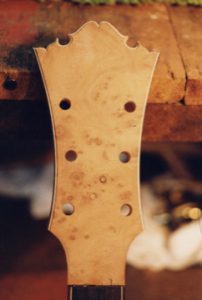 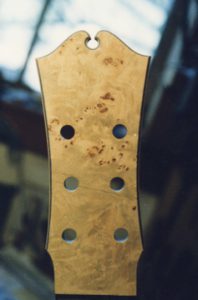 For hand makers, though, the peghead can be a place where one can “place one’s signature” in the form of a proprietary design, and genuinely beautify the instrument at the same time.  In this tradition it is held that it is disrespectful and in bad taste for others to copy one’s “signature”.  This has not stopped factory producers from copying anything that they want to, although it really doesn’t take much time to come up with something that is original.  But mostly, outside of that the average steel string guitar – especially the factory made ones – have very basic pegheads that are simple in shape and that don’t require more than a minute or two to achieve.

I have had several “proprietary” peghead designs, and I’ve made a few one-of-a-kind ones for various clients.  In some instances my clients have had a voice in the final appearance of the design, and in some instances they have been happy to just be surprised by something that I might have come up with.  Below are some examples of my work, in this regard, over the years.  One can see that the more elaborate designs are all one-of-a-kind. 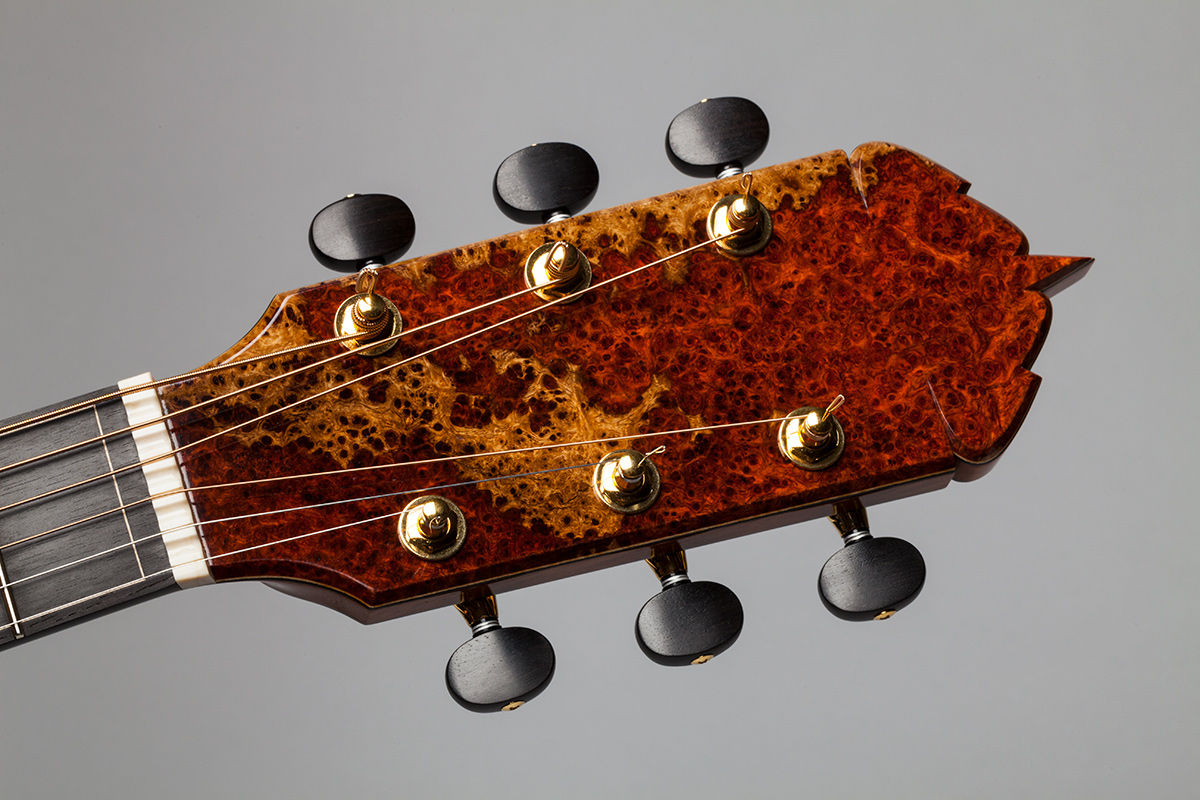 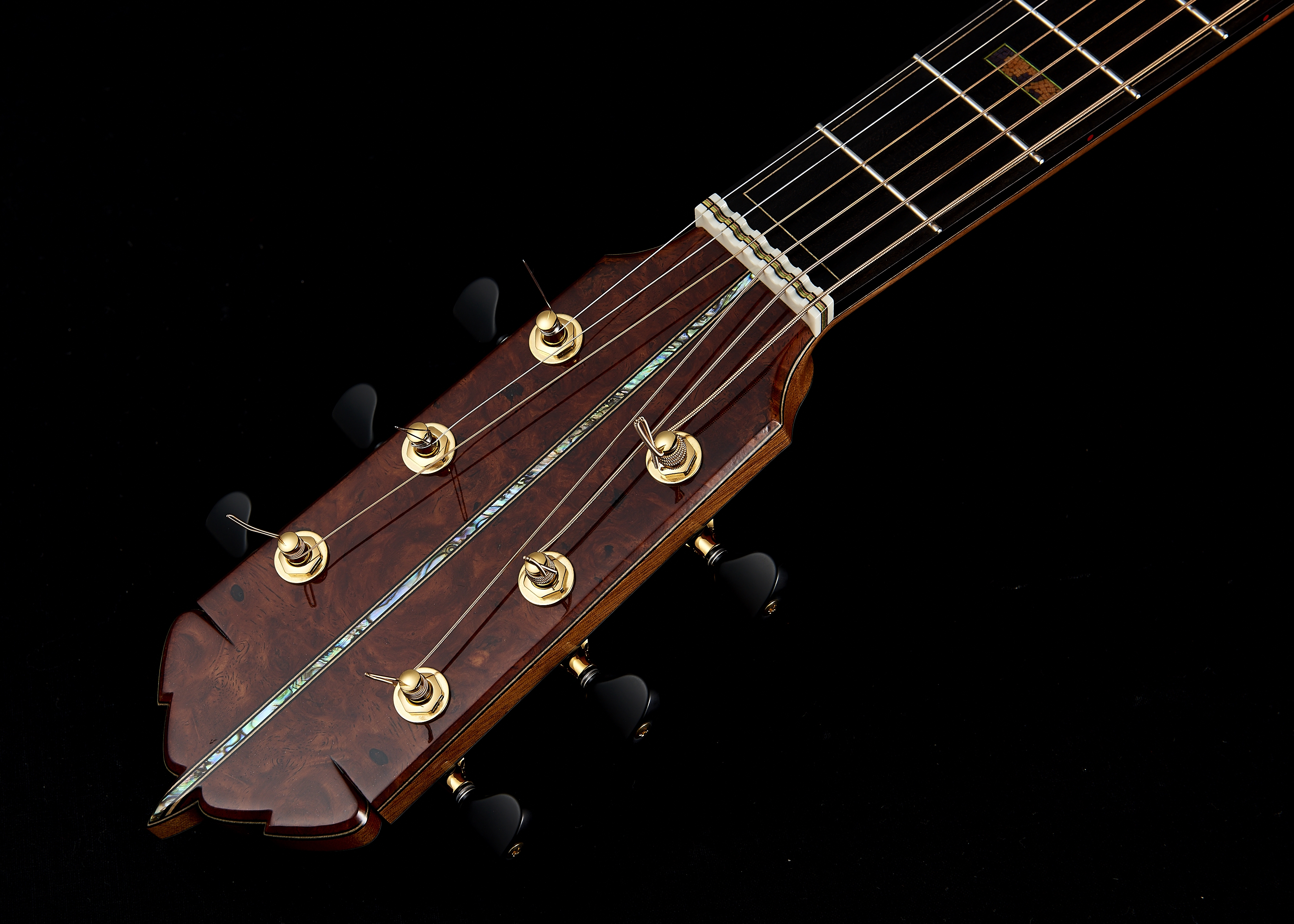 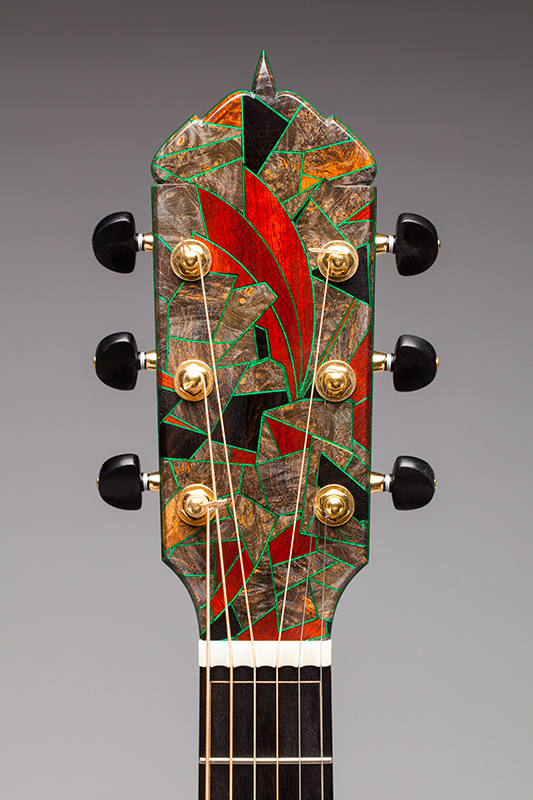 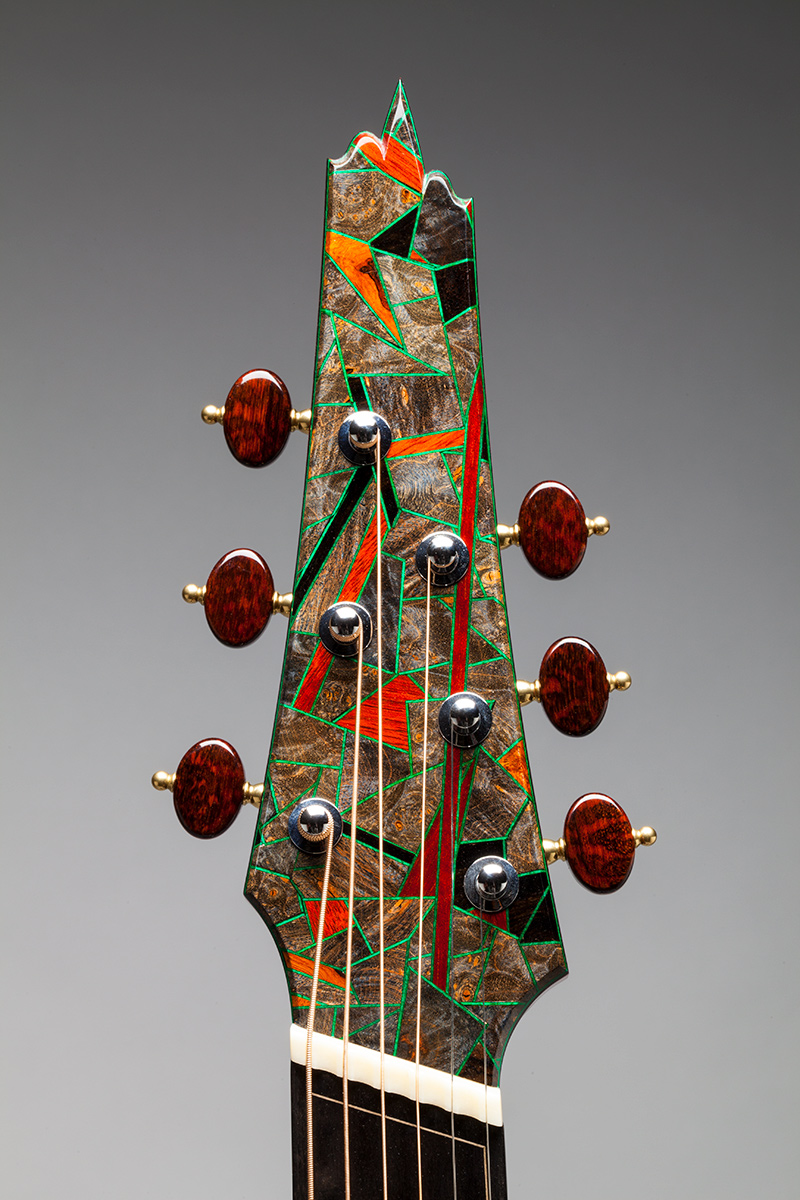 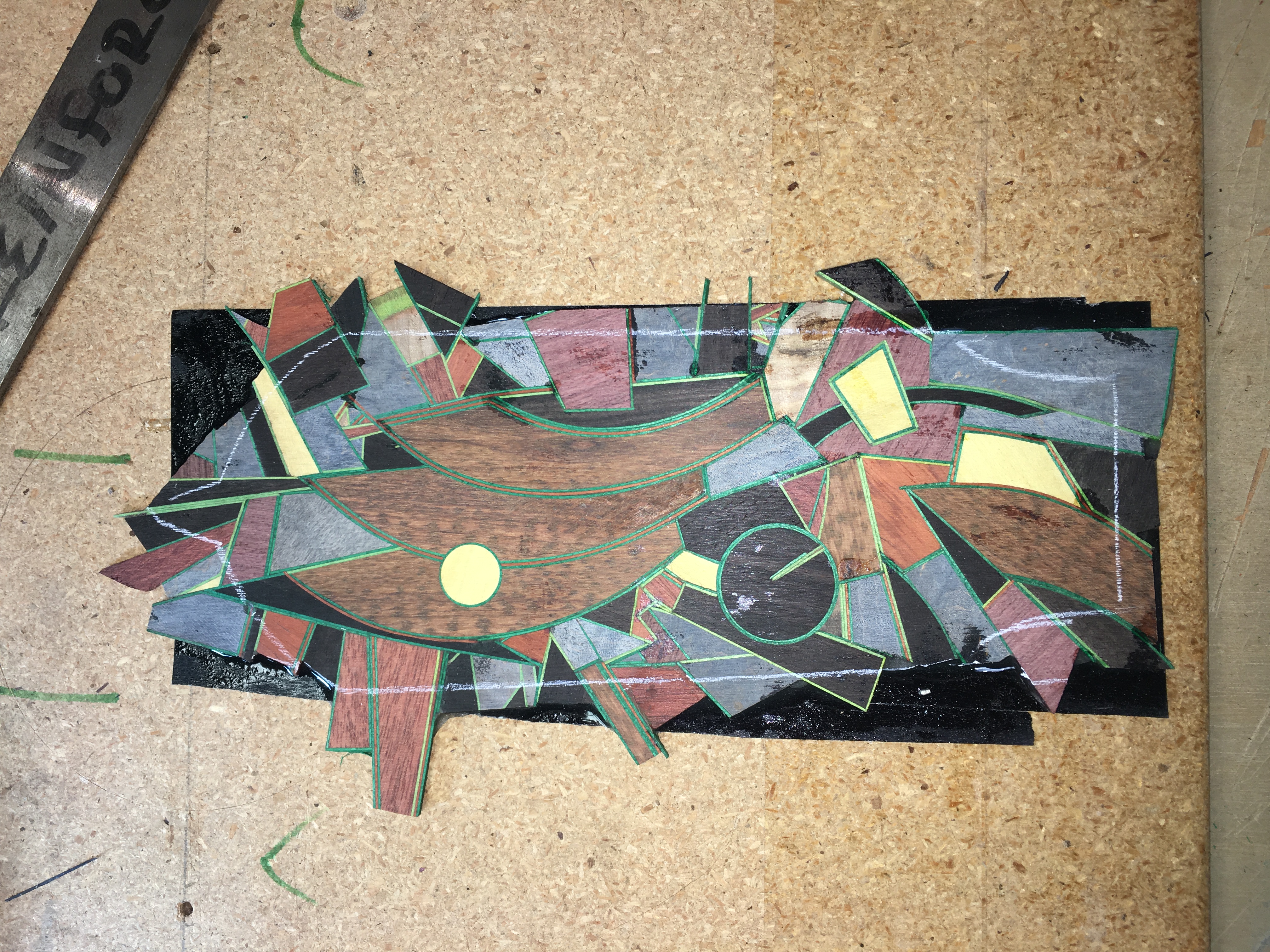 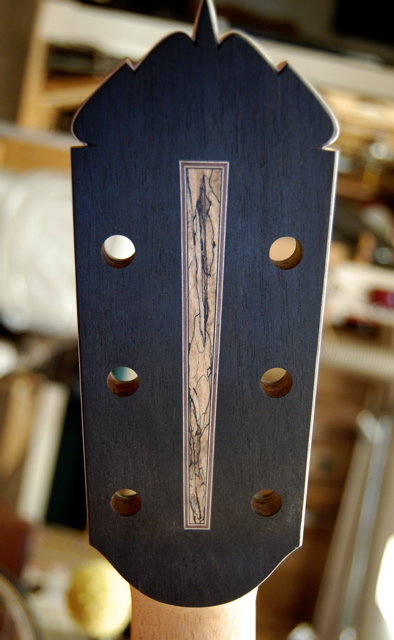