I make art as well as guitars.  My artwork comes out of the same decorative traditions and techniques (of carving and inlaying) that guitars and other hand-made stringed instruments rely on.  It is also all done in the same woods and with many of the same tools.  My “espalda” work is done in bookmatched plates of the woods that guitar backs and sides are made of.

I think I invented this kind of artistic work.  “Espalda” means “back” in Spanish; the word seemed to fit so I used it. 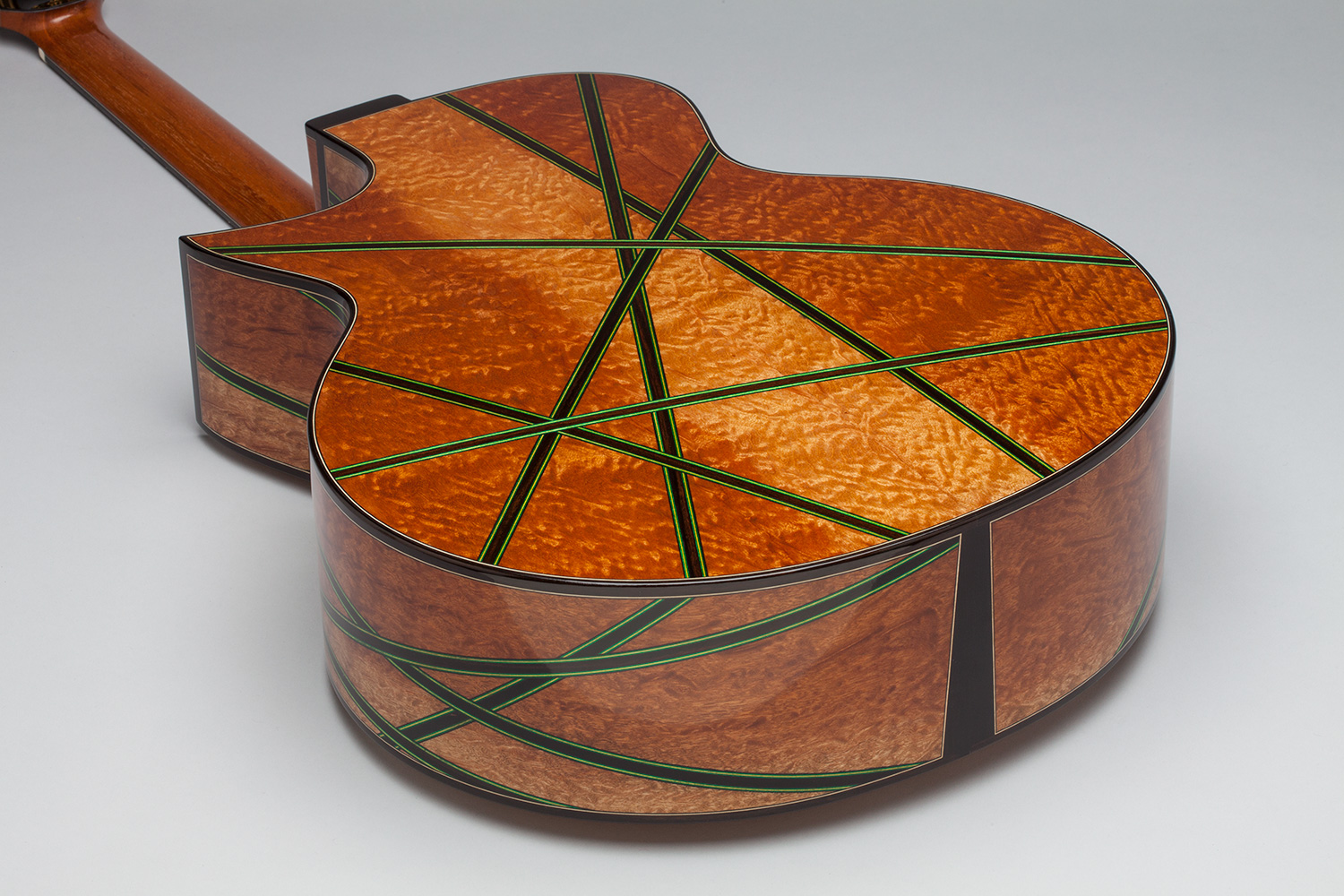 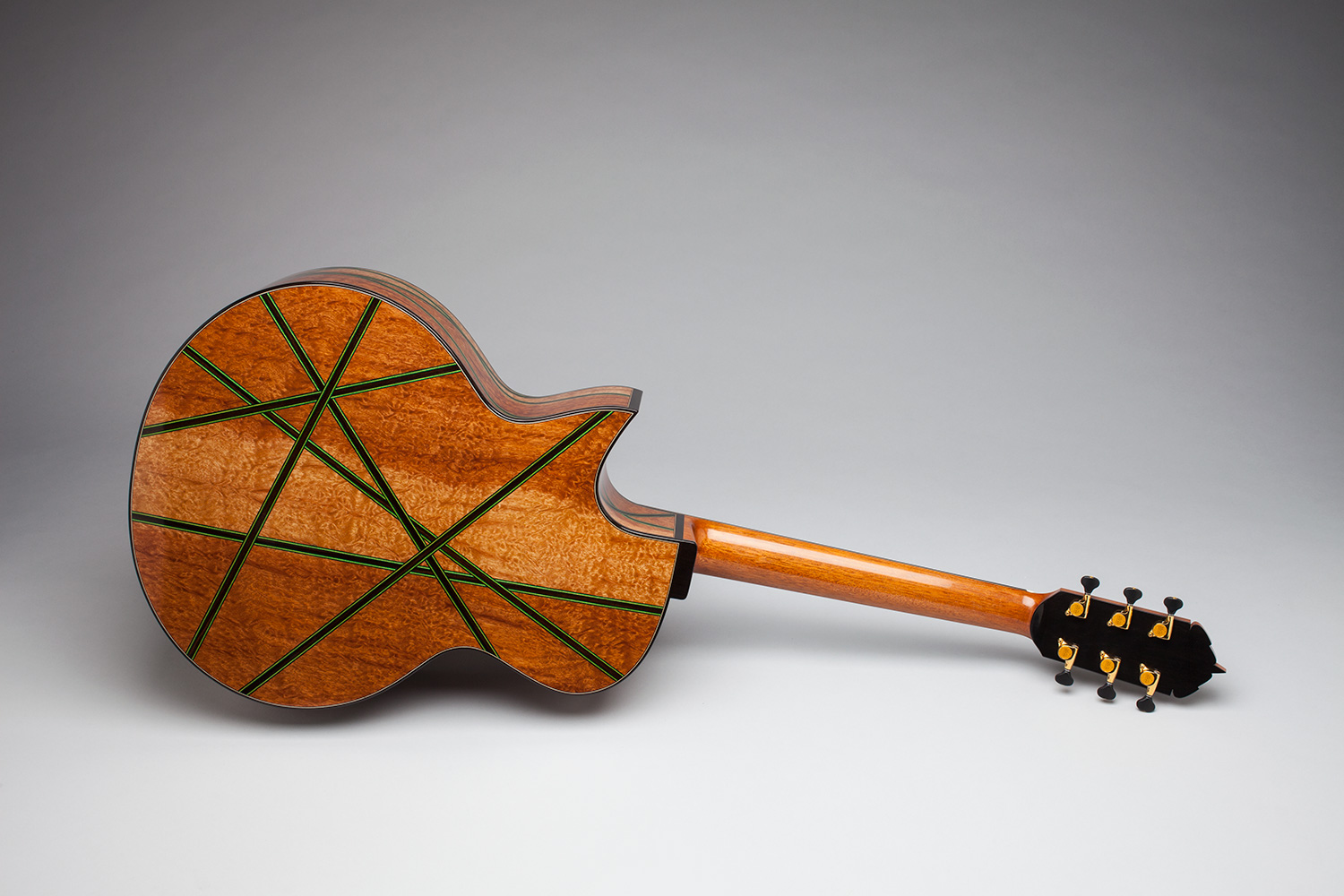 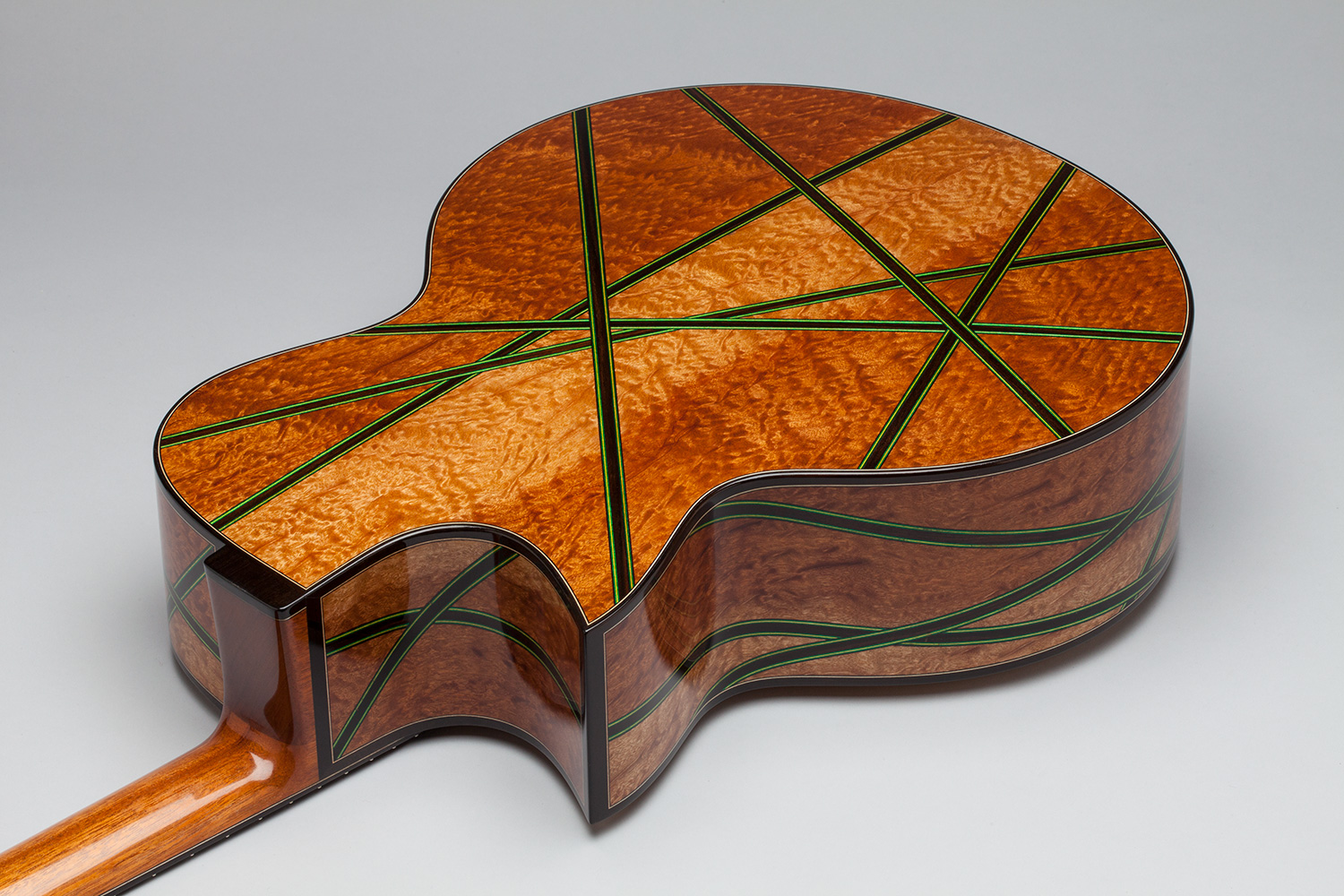 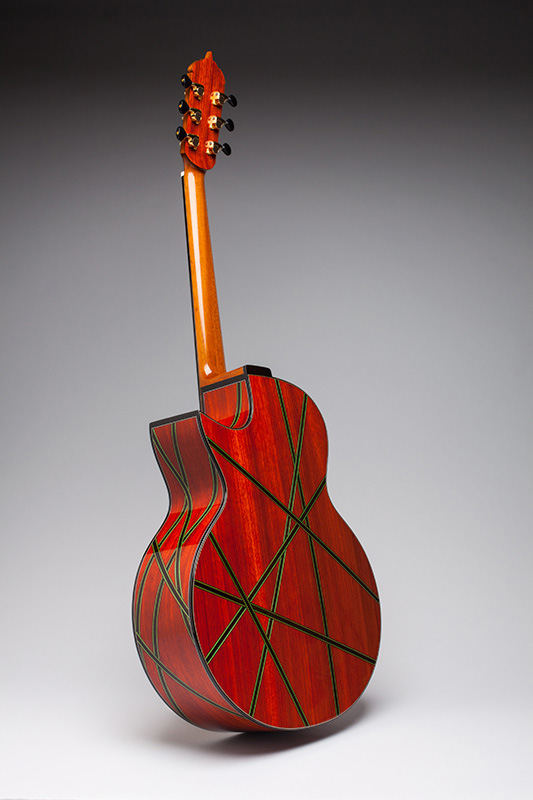 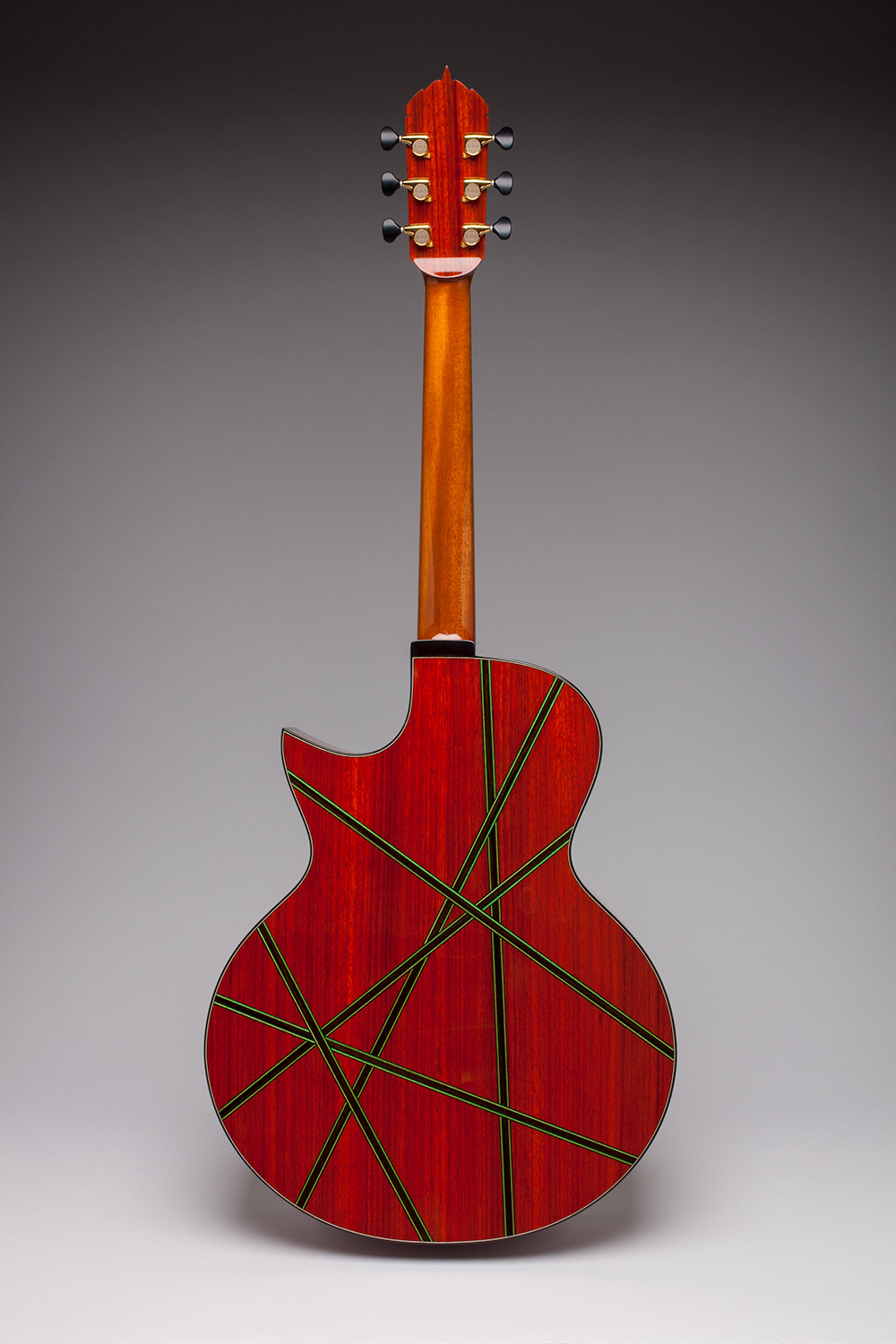 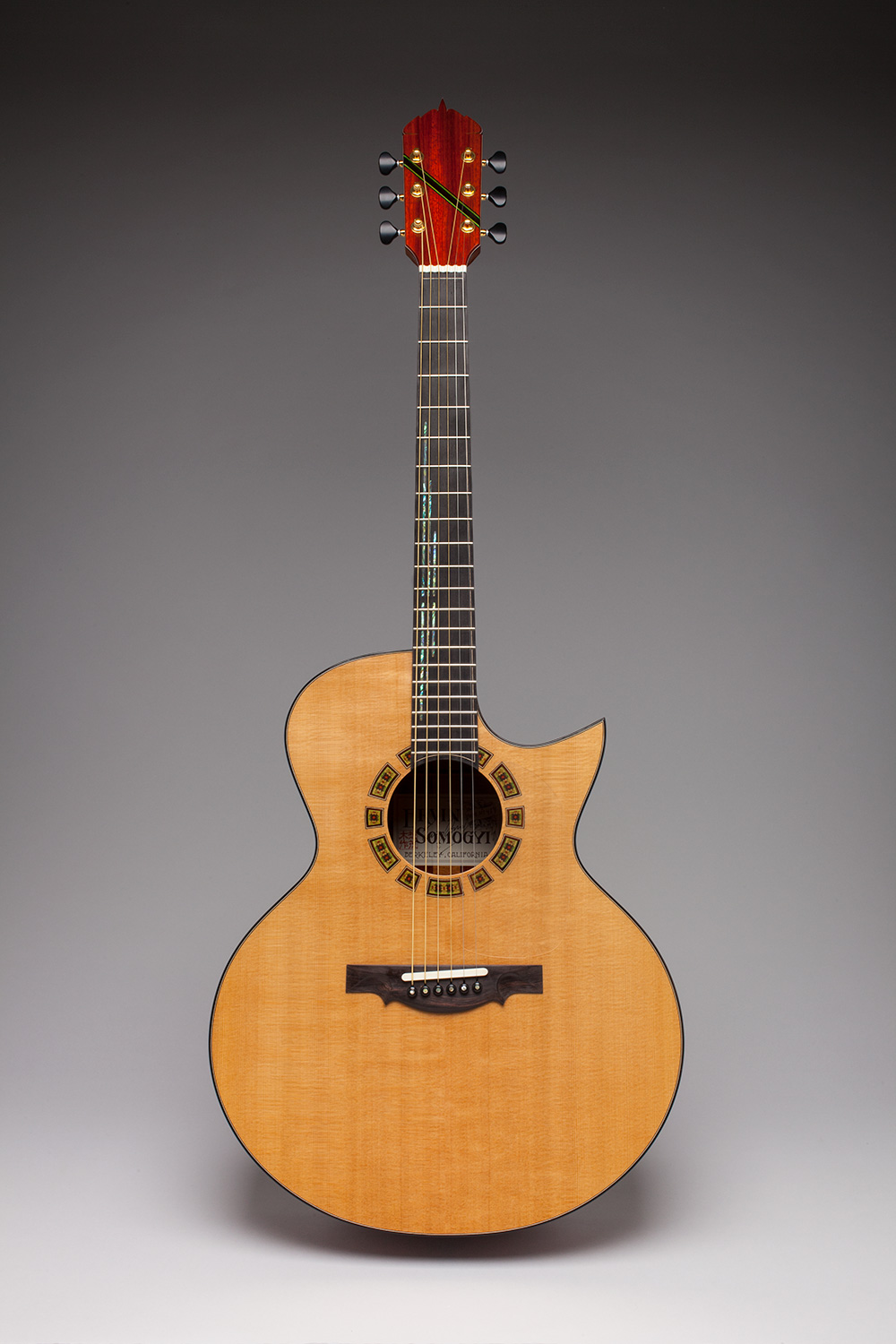 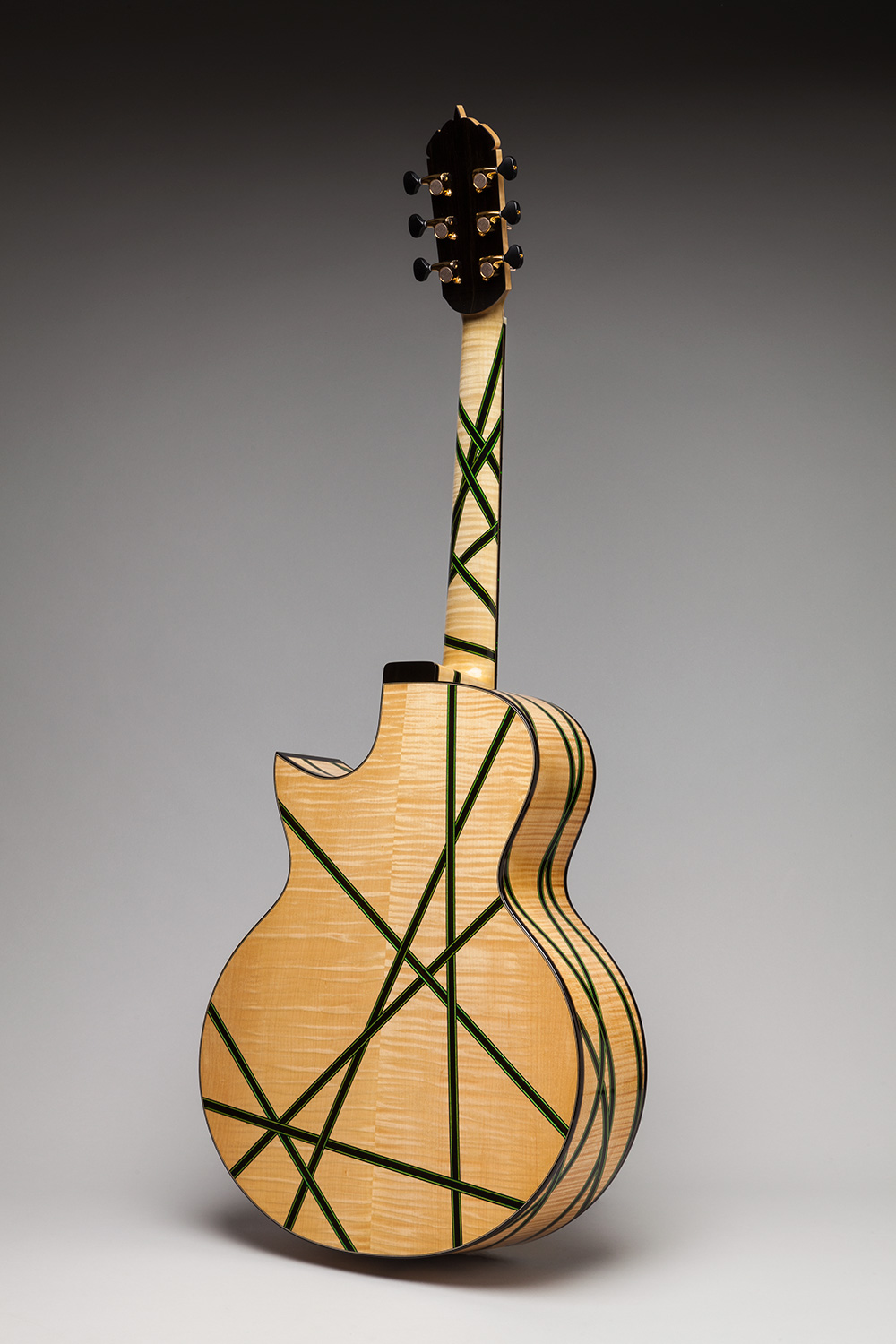 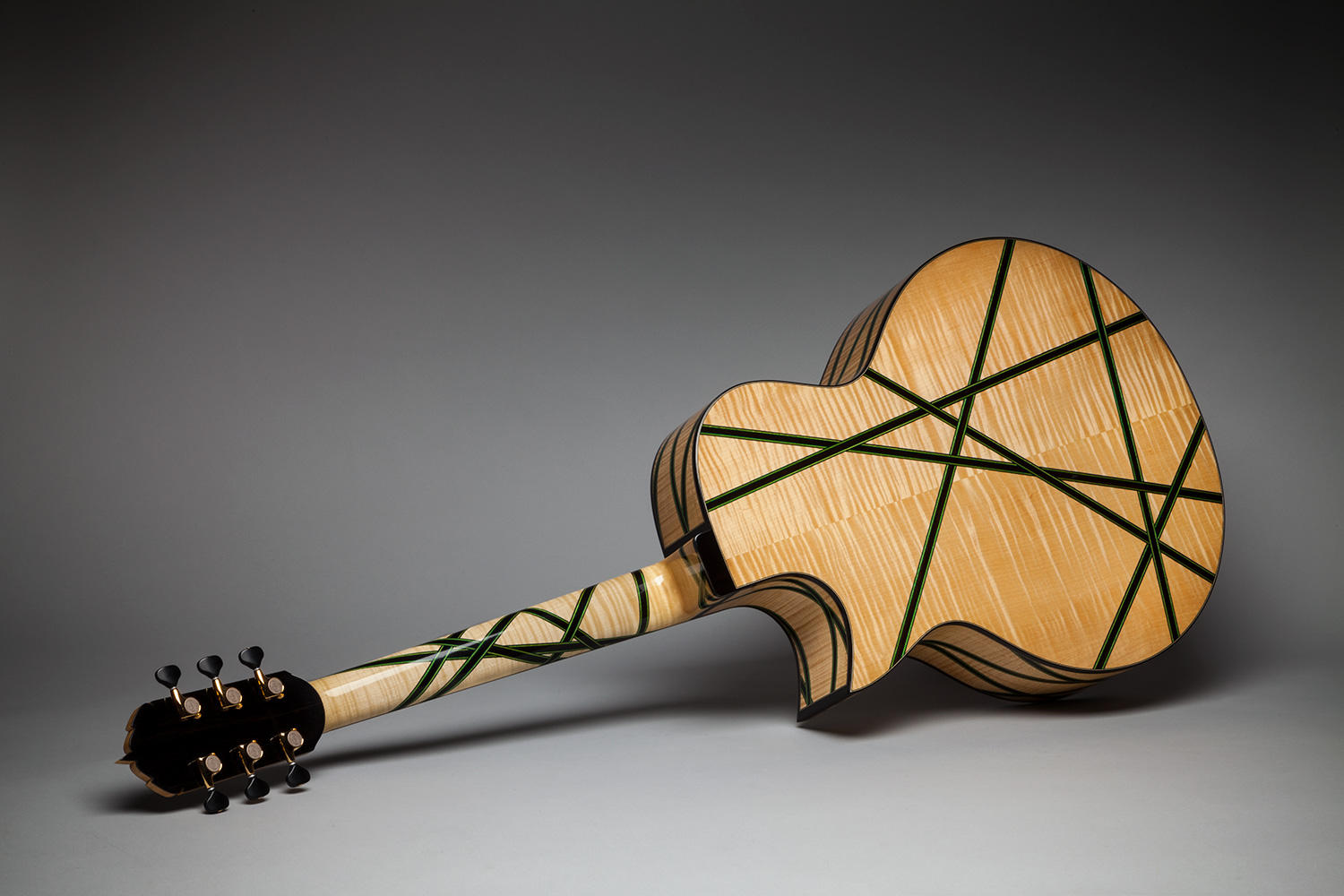 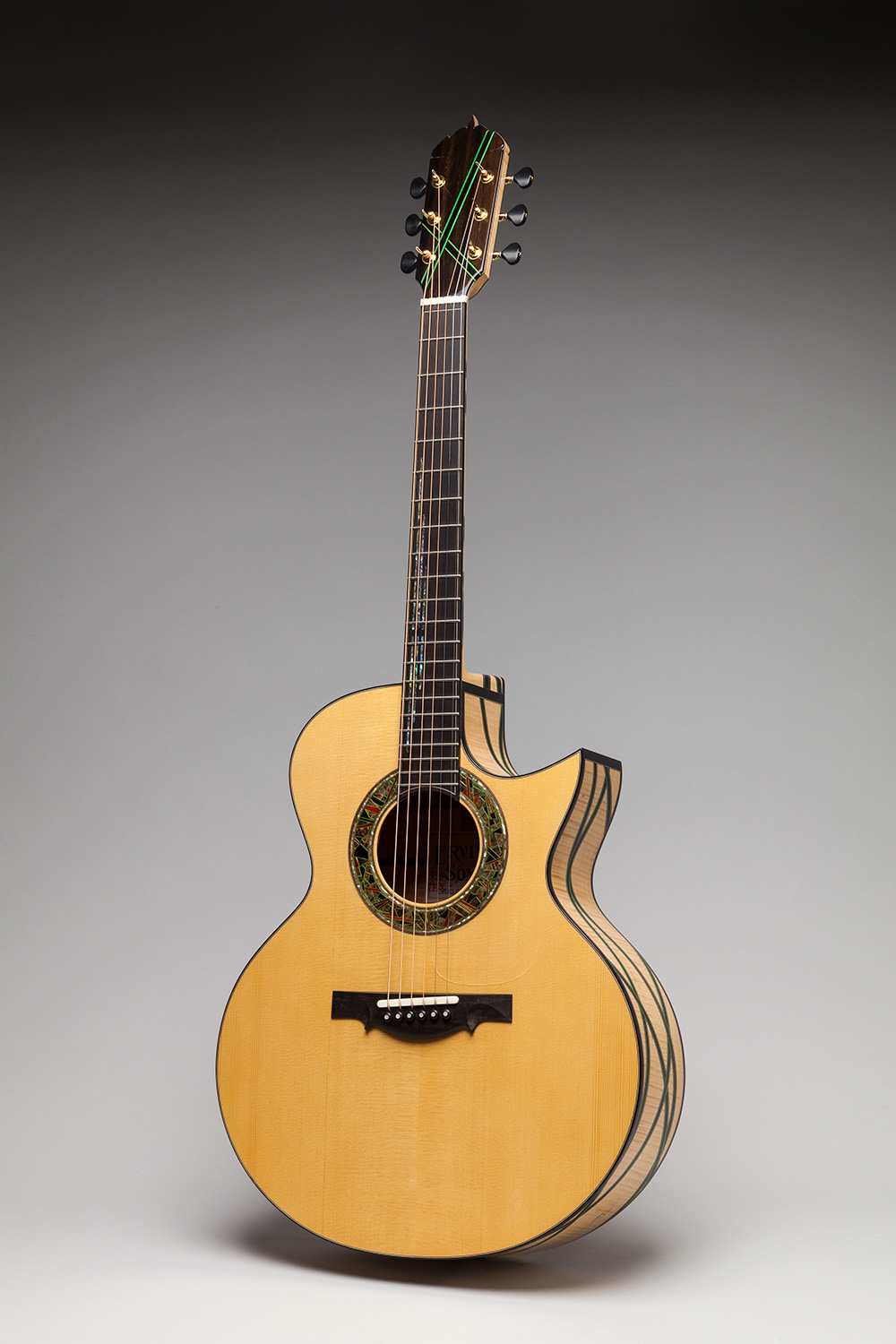 Bookmatched means what it sounds like: a piece of wood sliced into two thin pieces, and then joined edge-on-edge to produce a mirror-image surface that is twice as wide as the original.

“Espalda” type work is limited only by one’s imagination and willingness to do careful work.  This is particularly true when inlaying lines into curved surfaces such as the guitar’s sides and neck.  That has to be done to some extent, because a guitar with such inlay work in the back only would look like . . . well . . . like it needed something else.

It’s worth mentioning that work in maple must be done with extra care.  It is unforgiving of miscuts and errors; they can’t be disguised or made to disappear.

I made the three espalda guitars shown here for a client in Japan.  This man was brave enough to have a guitar made that was different from anything else; not everyone is up to doing such a thing.  He and I have become friends, over time, in the process of making three guitars.

« Back to Special Projects